When Your Ex Comes Back 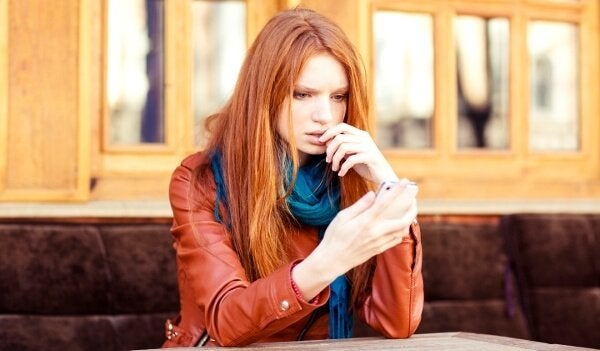 A message, a call, and there they are – your ex returns. Just when you’d erased their name and filled your heart up with fresh air, your ex comes back like an addict looking for their dose of ego. They show up like a salesman and bring up the good moments you had together, idealizing a love that was never actually perfect. It wasn’t ideal, or even healthy.

It sounds like a B-horror movie title – Return of the Exes.  But don’t worry – things aren´t that bad. There are all kinds of emotional relationships – some happy some not, some mature some not.  All have lead characters who have different personalities and behavioral patterns.

“I – Want – Peace. I is ego, Want is desire; Remove ego and desire and you have peace.”
-Sri Sathya Sai Baba-

There are exes who return of course, but there are also those who disappear forever, just like the tears you used to shed because of them. And there are those who stay in your social circle until you end up forming a nice, friendly relationship. Every human being is in a world of their own, and every world has its own psychological “biodiversity.”

But there’s a pattern that often repeats itself. We’re talking about the ex who decides to return and spoil everything. They come back hungry for recognition and knock at your door the same way they returned – selfishly.

When your ex shows up to get back what they lost

Sometimes your ex will come back to get back something they think is theirs. The psychological strategies they use to make your emotional space theirs are as repetitive as they are exhausting. They don’t hesitate to tell you they’re the only one who knows how to make you happy. No one knows you as well as they do, and what you two had together was unique, something you can’t just give up on.

They come to your psychological doors and call out ever-so-softly to make you remember bits and pieces of a past that reopens your wounds, infects them, and takes away the balance you worked so hard to achieve. There are plenty of people who will remind you that, “If they leave without you kicking them out, they’ll come back without being asked.” You’ll find yourself asking if you put a firm finish to the relationship, and maybe because you didn’t make things clear your ex believes they can come back whenever they want.

Some people don’t understand endings. They won’t live or let live, and even think they are completely within their rights to get back what they think is theirs. These are situations that can be very damaging and even violent, and happen because of a complex, dangerous brain mechanism. In fact, there are famous authors like the anthropologist and biologist Helen Fisher who say that some people are incapable of processing and handling a breakup.

Their brains usually show hyperactivity in the ventral tegmental area and the nucleus accumbens. These two regions have ties to addiction, obsession, and the reward system that intensifies when there’s an excessive release of a very specific neurotransmitter – dopamine.

Sometimes you say “that’s enough,” you’ve had enough of living in a constant emotional big wheel, of making a life with someone who’s all drama and wears every part of you out. But even though you were very firm and clear that it was over, your ex comes back to get back what they think is theirs. They invade your space and spoil everything because of their unhealthy obsession.

Sometimes you ex will come back when they’re going through a bad time with their new partner. It’s extremely common. The moment they’re not getting enough attention, or their ego levels are low and in the red, they send a flowery, nostalgia-filled message when you least expect it. And sometimes you fall for it.

It’s totally understandable for you to fall into that trap. But it’s not a good idea to follow the bait until you get to the hook. Once you’ve both gone your separate ways and started remaking your lives, it’s not healthy for one of you to knock on the other person’s door, putting a pretty coat of paint on something you put behind you already. It’s also not right or acceptable to try and get your ex’s attention just because you’re not feeling valued in your current relationship.

“Emotional terrorists” are a real thing, and they exist in both sexes, of course. They come back to you to destroy everything you built up after the breakup. They show up with fake presents, tricky words, and two-faced flattery. So you need to sharpen your senses and always keep your radar on to watch for an ex coming back for their ego, instead of love. Because when that’s the case, they’re just feeding off their own selfishness, not true affection.

Every couple has its own world. We’re well aware of that, and it’s entirely possible that a relationship you left behind is worth another shot. That’s something you have to decide with careful wisdom, never impulsively. But if there’s one thing you need to be clear about, it’s that there are doors that should never open again, thresholds that should never have been crossed.

You’ve already done it, you’ve tried it and had an experience that left you with more scars than smiles. So be smart, be cautious, and lock the door to anyone who comes with nothing but insincerity in their hands.

Codependency and How it Ruins Relationships and our Self-Esteem
Codependency in relationships is very damaging to our self-esteem and can stem from events in our childhood. Read on to find out more. Read more »
Link copied!
Interesting Articles
Psychology
Positive Language Will Make You Happier

If you were told to choose between a quote by Jorge Luis Borges, who says, “beauty is that wonderful mystery…

Psychology
4 Ways to Retake Control of Your Life

Do you control your life, or does it control you? Do you often feel unsatisfied with your life? Do you…

Controlling mood swings can be a sign of intelligence and even quality of life. We can often have days when…

Psychology
Reading Before Bed: a Habit Your Brain Will Love

Reading before bed is more than a habit, it is a pleasure. It is a way to unwind after a day…