How to Trick Your Brain into Being Happy 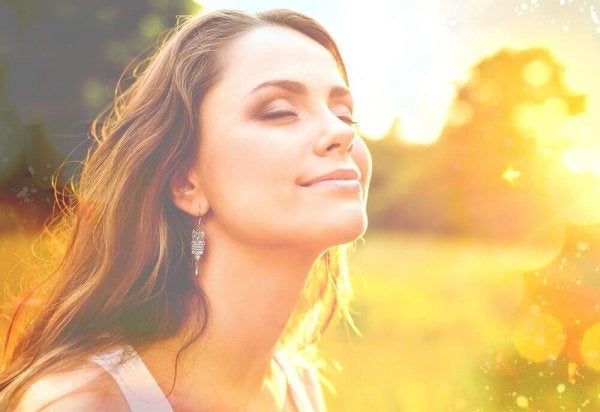 Did you know you can trick your brain into being happy? It’s true! Happiness is an emotion that we can almost induce, even in circumstances that don’t seem conducive.

We’ve known for some time now that emotions come along with various changes in our body. Like an increase in our heart rate or the use of certain muscles in our face that forms an expression we all enjoy: a smile.

What we hadn’t uncovered until relatively recently is that it can go both ways. So we can trick our brain by using certain physical reactions that come from our emotions. Through all this, we can cause an emotion to appear.

You Can Trick Your Brain into Happiness by Smiling

The expression of emotions is a two-way street. Our brain pays attention to what our body is doing, and this affects our emotions. Thus the simple act of smiling, even for no reason, brings the body a moment of happiness that has amazing benefits.

Although circumstance, first known as the facial feedback hypothesis, doesn’t just have to do with the muscles in our face, it is good news.

Remember, your smile is a powerful tool. Most of us think we smile because we are happy. But the opposite can happen too: we feel happy because we smile.

The easiest way to reach a state of happiness, or peace and security, is as simple as cracking a smile.

Some of you may think it’s silly, all this about how a simple smile can bring on an emotion as intense as happiness.

But it must not be silly if science has dedicated many experiments and studies to researching the facial feedback hypothesis.

One of the best experiments for proving this hypothesis was done in the late 1980’s. The researchers didn’t want to influence the results by telling the subjects the study was about emotion.

Instead they came up with a genius way of getting the subjects to use certain muscles in their face without needing them to know the ultimate purpose.

The participants had to hold a pencil in a specific way. There were three options.

The first group held the pencil by squeezing it between their teeth, forcing a smile. The second group held it with their lips, which made it so they couldn’t smile. In fact, this posture forced them to furrow their brow a little bit. The control group had the pencil in their hand.

Then the subjects looked at some cartoons and rated them by funniness. The group forced to smile gave the cartoons much higher “funny” ratings than the group with the furrowed brow. The control group gave medium ratings.

In a more recent study, they showed the participants a series of faces. These faces had either happy, neutral, or angry expressions. They told the subjects the study was trying to measure the reaction time of our facial muscles.

But what they were really doing was studying emotion. Independent of the image, the subjects were supposed to: either “lift their cheeks” (smile) or “wrinkle their eyebrows” (furrowed brow).

Their facial expressions influenced the way they saw the images. When the subjects smiled, they saw the images as friendlier than when they were furrowing their brow. On top of that, the effects of the short smile lasted for four more minutes.

Facial feedback hypothesis confirms that our facial movements can influence our emotional experience.

Facial feedback works because the brain detects the use of certain facial muscles (like the major and minor zygomatic arch, which smiling requires) and takes it to mean there’s a reason to be happy. Likewise, if that muscle isn’t being used, the brain thinks it’s not a time to be happy.

But that’s not all. In addition to the physical feedback we get on the individual level, there’s another factor that influences the emotion of happiness. This factor is social feedback.

Smiles are contagious. In fact, even if you don’t feel very happy, if the people around you smile it’s easy for you to smile too. In this way, you improve your state of mind.

If we make an effort to boost the energy that makes us smile, especially when we’re with other people, the benefit will be even bigger. Because we’ll be supercharging the environment with good vibes, fostering an environment where it’s easier to be happy.

So, if you really want to get the most out of facial feedback, find something to make you laugh. Or just lift the corners of your lips to trick your brain.

What starts out as a forced smile will quickly become a real one. And right away, your happiness will be real.

No matter what it is you’re going through, this little moment of happiness will really help. Smile!

Smile! Let the World Know You’re Happier than Yesterday
Smile! Let everyone know that you are stronger than yesterday. Lift your head and let a smile spread across your face, one that your heart desires. Read more »
Link copied!
Interesting Articles
Wellness
A Calm Life Can Be a Happy Life

A mature woman’s heart is a deep sea of secrets that guards, in its most intimate chamber, the palpitations of…

A child is capable of expecting a gift day after day and year after year. The little one never loses hope when he really wants something. However, as the child grows…

Wellness
There's Nothing Stranger Than Feeling Like a Stranger

Don't ask me how or why, but one August night I ended up sitting by the ocean next to a…

According to a tremendously popular saying, you never stop getting to know people, and when you think you know them, they surprise…