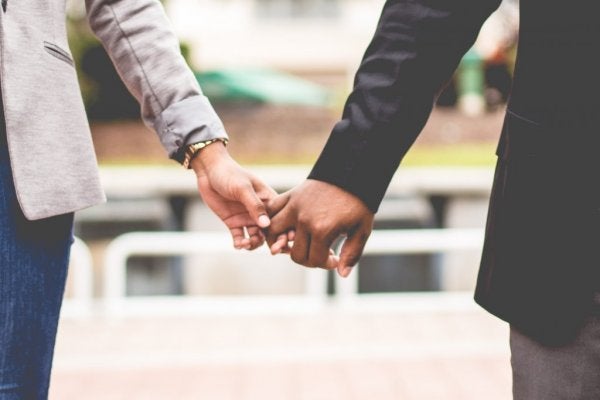 Xenophobia sounds like a strong word. When the media uses it, they’re usually referring to serious cases of relatively organized groups of people that have committed a crime against a person of a different ethnicity or nationality. But that’s not all xenophobia is.

“Our true nationality is mankind.”

Xenophobia is not just physical aggression towards someone because of their nationality — although that is an extreme form of xenophobia that can obviously cause a lot of harm to the victim and society in general. In reality, it’s much more than that.

At the core of xenophobia is the social exclusion of an individual based on their country of origin, which is usually different from that of the aggressor. Exclusion can take the form of direct behaviors, including refusing to rent an apartment to someone because of their nationality or skin color.

But it also includes attitudes and beliefs that lead to stereotypes and generalizations about other people, such as believing that a certain nationality is stingy, or people of another nationality are troublemakers. The truth is that even when you aren’t violent, you might still express xenophobia through your thoughts and attitudes of fear and rejection.

“No one is born hating another person because of the color of his skin, or his background, or his religion.”

What risk factors lead to xenophobia?

If we’re such an advanced society, why is xenophobia so prevalent? The current state of uncertainty that we’re constantly under is one contributing factor. For example, there have been terrorist attacks close to home, committed by people from different countries. When there is a common factor that links these attacks, it triggers xenophobia against that nationality.

These events have put us on constant alert, anxious and afraid, prepared for fight or flight. Being in a constant state of anxiety makes us want to find someone to blame for how we’re feeling. And who do we blame? People who are different from us.

So we tend to distance ourselves from those people, whether that means isolating them or isolating ourselves. The lack of direct contact with other cultures makes it impossible for us to challenge and therefore break down the unfounded ideas about how dangerous we think they are. Therefore, distance is another significant risk factor for the development of xenophobia.

How can we prevent xenophobia?

The first step towards preventing xenophobia is talking to people from other countries and immersing ourselves in other cultures. This will help us empathize with them and understand that they’re not so different from us, and that (of course) most of them are not potential terrorists seeking to destroy our lives. It will also make us more sensitive to their stories and the challenges that they face as a community.

We don’t often stop to think about what it’s like for someone to leave their country and put their entire life at stake. If they were doing well in their home country, they probably wouldn’t have embarked on such a difficult journey, sacrificing being at home with their families for an adventure that feels more dangerous than exciting. No matter what they do, both themselves and their loved ones are in danger, because staying where they are often means certain death.

To prevent xenophobia, governmental institutions need to implement truly effective assimilation programs. Programs in which average citizens can really get to know people who come from other countries. And professionals to mediate any conflicts that may arise.

Finally, it’s important to spread truthful messages about people of different nationalities, without a hidden political agenda that breeds fear and hate.

When Fear Dominates Your Life
Fear is a natural feeling that alerts us to the presence of danger or arises in response to the unknown. When fear dominates your life it's a problem. Read more »
Link copied!
Interesting Articles
Psychology
As Long as Fear Controls You, You Will Never Be Happy

We spend a lot of time fantasizing about being happier. Yet, we rarely make the changes needed to achieve true…

Water is an absolutely necessary part of life for most living creatures. Not being in frequent contact with it in some way or another is tricky, and a big problem for…

Everybody knows that smoking is bad for your health. Smoking kills, but even so, thousands of people can't or don't want to…