Does Your Country of Origin Influence Your Personality? 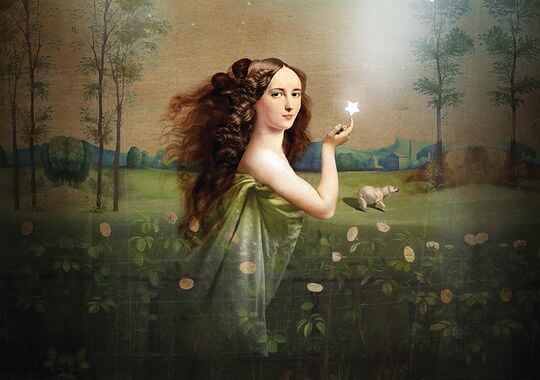 How does the country you were born in influence the way you are? This question has been posed by many thinkers and scientists for centuries. The answers to this question range from geographic determinism to a universal human essence.

The culture in which you’re raised definitely has a great influence over the way you think and feel. It’s also influential in the formation of your self-concept. It’s not so much that there is a national way of being, but rather that each country has certain predominant features and values.

“Nationalism is cured by travelling.”

There are also certain features common to all human beings, regardless of the culture they come from. Margaret Mead, an anthropologist from England who was famous in the early 1920s, shows how even in the most exotic cultures there’s a separation of duties and powers due to gender. And every culture has aesthetic expressions that are strongly valued by the community.

Ways of being and stereotypes

It isn’t easy to establish a set of features that define one’s way of being according to their country of origin. Sometimes it’s affected by prejudices and stereotypes of certain cultures. Also, just because certain attributes stand out doesn’t mean that everyone from that country will be the same way.

Of course there are predominant customs that are infused into the personalities of the people who belong to that culture. It’s also clear that people who are from the same country are exposed to the same historical facts and that the most relevant ones leave a mark on the people affected by them.

On the other hand, every nation has their own set of values that are encouraged both at the familial and the educational level. But don’t forget that, due to political and economic interests, stereotypes are often developed that devalue or undermine an entire group of people.

This has happened to Jewish people, who were branded as “cheaters.” Or Native Americans, who were judged as sneaky, dirty, and degenerate. Or Vietnamese people, who were told they were bloodthirsty, indolent, and insane. And so on and so on.

For the purposes of defining “way of being,” it’s common to make a division based on cultural origins that creates different blocs: Anglo-Saxons, Latinos, and Asians. Even though each of these groups includes many countries with important differences between them, there are certain features they have in common.

It’s said that Anglo-Saxons are characterized principally by their individualism. This leads them to be pretty reserved, independent, and practical. They tend to be competitive and value freedom and autonomy above all.

They appreciate precision, accuracy, and method. They’re generally considered to be systematic. They value sense of humor as an expression of intelligence, and not as a state of mood. The concept of success and failure has been really ingrained in them, and they organize their lives around it.

Asians tend to have strong respect for authority and are very demanding of themselves. In Asian countries, they respect and almost worship all types of hierarchies: familial, religious, political, etc.

They’re disciplined people who exalt respect and tolerance for others. They want their actions to adhere to these ethical principles. Above all, they value one’s ability to work and one’s honor.

Latinos are associated with people skills, good conversation, and extroversion. It’s said that they’re not really attached to norms, and are instead very susceptible to giving into pleasures. They’re creative, hospitable, cordial, and generous.

They can renounce professional success for a calmer life with friends and family. They have a great sense of humor, and they like to express how they feel, even better if it’s through art. They have a reputation for being the best lovers, and they tend to be very attached to their families.

Although many of us are spending a lot of time locked away in our houses these days, we still feel…

The gender schema theory was presented by psychologist Sandra Bem in 1981. It's a cognitive theory that seeks to explain…