Have you ever heard about Williams syndrome? Did you know that it causes intellectual disability? What other symptoms does it cause? What causes it? Find out this and much more here! 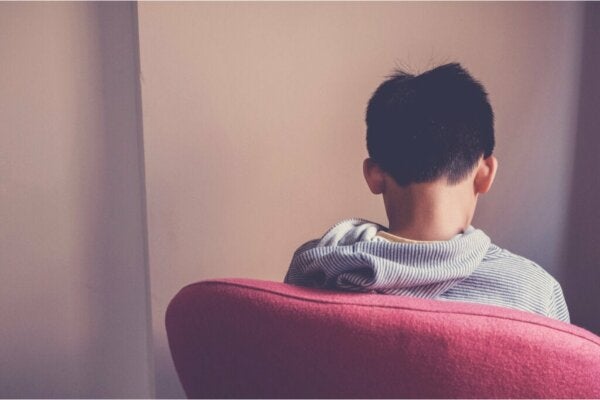 Williams syndrome (WS) is a rare genetic disease that causes certain developmental disorders, in addition to other symptoms. It affects one in 20,000 newborns, according to Puente et al. (2010).

However, according to Garayzábal & Capó (2009), thanks to the dissemination work of associations and their progress in research on the human genome, its incidence could be much higher, standing at one in 7,500 newborns (data also suggested by the Williams Syndrome Association of Spain).

But what exactly is Williams syndrome? What are its symptoms? What causes it? How is it diagnosed? How can you treat it? Is it true that children with Williams syndrome have a special gift for music? We’ll answer all these questions and more below!

As we mentioned above, Williams syndrome is a rare genetic disease that affects between one in 7,500 and one in 20.000 newborns. In many people, it causes heart problems, anxiety, physical alterations (for example, muscular rigidity), and other types of symptoms.

As far as personality is concerned, children born with this syndrome show considerable extroversion and hypersocial behavior.

Furthermore, as a central characteristic of the syndrome, we know that it causes mild or moderate intellectual disability associated with certain cognitive and developmental deficits. It also causes specific facial features, which we’ll see later on.

What symptoms does Williams syndrome cause?

This may be mild or moderate and involves difficulties in visual and spatial tasks (such as doing puzzles or drawing). In addition, deficits in psychomotor skills also appear.

An interesting aspect we can highlight is that music and learning by repetition or memorization are usually not affected. Moreover, some articles and research have identified a special musical talent in these children.

One of the possible symptoms of Williams syndrome, and perhaps the most serious, is a heart (cardiovascular) disease called supravalvular aortic stenosis. It consists of a narrowing of the large blood vessel (aorta), which is responsible for carrying blood from the heart to the rest of the body.

What happens if this stenosis isn’t treated? It can lead to chest pain, shortness of breath, and even heart failure. Beyond stenosis, according to the NIH (National Institutes of Health), there’s also the possibility of other heart and blood vessel problems in people with Williams syndrome.

People who suffer from this syndrome are extroverted and very social, uninhibited, enthusiastic, and very friendly children. They tend to be extremely interested in people. In addition, it’s also common for this syndrome to cause ADHD, anxiety, and phobias.

At a phenotypic level, the facial features that appear with Williams syndrome (some of which become evident from ages two to three) are the following:

Other symptoms that appear with Williams syndrome are the following:

One of these missing genes is responsible for producing elastin, a protein that allows blood vessels and other body tissues to retract. Thus, this missing gene causes some of the symptoms of Williams syndrome, such as the appearance of elastic skin, flexible joints, and a narrowing of the blood vessels.

According to MedLine Plus, in most cases, the genetic mutations inherent in the disorder occur alone, either in the sperm or in the egg from which the fetus develops. On the other hand, when a person suffers a change in their genetic material in this way, their children develop a 50 percent chance of inheriting that change.

How do doctors diagnose it?

Currently, Williams syndrome can be diagnosed in up to 95 percent of cases through molecular methods. One of the most commonly used techniques is called fluorescent in situ hybridization. What does this technique consist of? Well, doctors apply a reagent to a DNA segment in the region of the chromosome marked with fluorescence.

On the other hand, there are complementary tests that can be performed when diagnosing a case of Williams syndrome, such as a kidney ultrasound, a blood pressure check, or echocardiography combined with Doppler ultrasound.

There’s no cure for Williams syndrome. However, some of the symptoms or consequences of the disorder can be treated. This is either at a psychological level (working on developmental and cognitive deficits, as well as the possible emotional consequences of these deficits) or at a physiotherapeutic level (working on joint stiffness, for example), as well as other types of treatment.

We can find different therapeutic options, proposed by Morris (2017), in an article on the syndrome itself. We’re going to list some of the medical or surgical treatments used on people with Williams syndrome:

On a psychological level, following the advice of Morris (2017) we can also find:

Finally, other types of treatment can include:

Because of this, finding adequate help to face this new reality will be essential. This help can be psychological, but you can also go to associations and entities that provide the opportunity to meet other families who are going through the same situation.

Many countries have Williams syndrome associations, which offer a variety of programs to help families. These can include orientation, counseling, psychological support, family meetings, schools for families, as well as other services that can help the family face this new reality with confidence.

Thus, don’t hesitate to ask for help if you need it!

Ehlers-Danlos Syndrome
Certain diseases, such as Ehlers-Danlos Syndrome, haven't been extensively researched because they affect such a small portion of the population. Read more »
Link copied!
Interesting Articles
Illnesses
Emotional and Behavioral Changes Brought on By a Stroke

Parkinson's disease is the second most common neurodegenerative disease among people over 65. In fact, between two to three percent…