Ambiverts are Equally Extraverted and Introverted

Ambiverts are people who are the perfect balance of introverted and extroverted. These flexible individuals know just how to adapt to and take advantage of both their solitude and company. 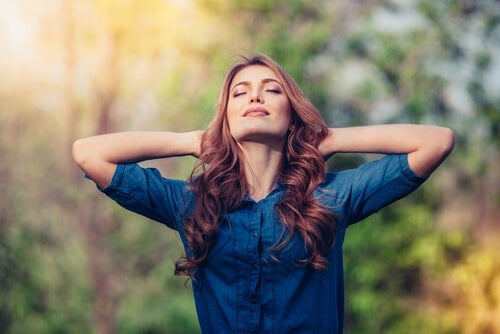 There’s no such thing as an entirely extroverted or introverted person. However, there are many nuances between both extremes and there’s definitely a tendency towards introversion or extraversion traits in every person. Then, there are those who are a balanced mix of both: the ambiverts.

According to Dr. Jennifer Granneman, author of the book The Secret Life of Introverts: Inside Our Hidden Worlds, ambiverts are fascinating individuals. These people have a perfect balance of communication and listening skills, reserve of prudence, and openness of spontaneity.

Swiss psychoanalyst Carl Jung was the first to address this phenomenon. His concepts have had a great impact on psychology and, therefore, a good part of the personality classifications are based on his postulates. He studied introversion and extraversion. This article will use these terms as a reference to understand what exactly ambiverts are.

“Quiet people always know more than they seem. Although very normal, their inner world is by default fronted mysterious and therefore assumed weird. Never underestimate the social awareness and sense of reality in a quiet person; they are some of the most observant, absorbent persons of all.”

Introversion is neither shyness nor isolation

The main characteristic of introverts is that they concentrate more on their inner world than on the outer world. They’re naturally inclined to look inside themselves and find meaning in their ideas, imagination, memories, and pretty much anything that comprises their subjective universe.

An introvert isn’t really shy nor unsociable. They simply appreciate moments of solitude because they need to be in touch with themselves. They don’t exactly refuse contact with others but are quite selective and don’t want people around at all times. This is why they prefer quiet environments and reject noisy atmospheres.

Introverts are more sensitive to dopamine from a neuroscience standpoint. Therefore, an environment with too many stimuli can exhaust them emotionally. Hence, they prefer quieter ones.

Extroversion is about nurturing from others

Extroverts are carefree and spontaneous people who make friends easily and seldom keep their thoughts and feelings to themselves. In general, they’re much more socially accepted than introverts due to their gregariousness. That is the ease with which they connect with others.

This type of person finds nourishment in social relationships. In fact, they like to be in contact with others and thrive in it. Loneliness is boring to them and their environments must provide constant stimuli. Passivity or too much silence ends up depressing them.

Furthermore, extroverts are usually impulsive and perhaps superfluous. They aren’t interested in deepening their reflections and are people of action. Actually, they need to be in constant movement so introspection doesn’t attract them. In fact, they, so to speak, have no filter. This is because they basically act on their impulses and do so almost immediately.

Edmund S. Conklin, an American psychologist, coined the term ambivert in 1923. He pointed out they were a model of stability and balance. Also, he defined them as people who bring together the best of both introverts and extraverts. This is because they easily adapt to both solitude and company and try to keep them in balance.

Flexibility is the main characteristic of ambiverts. They open up to others in social settings and their relationships are fluid and spontaneous. They know how to take advantage of the company of others, feeding on their contributions and allowing them into their world. Social situations neither make them tense nor wear them out. In fact, they make the most of such interactions and consider them necessary for their balance.

Similarly, ambiverts can be happy alone and even seek solitude at certain times. They need to stay in touch with themselves and appreciate the contributions of introspection. In addition, they’re also selective in what they share and not share with others.

Ambiverts are skilled at interacting with both introverts and extraverts. Psychologist Daniel H. Pink compares them to bilingual people because they’re fluent in two languages and, thus, can perfectly express themselves in both.

The Different Types of Introverted Behavior
Academics, such as Jonathan Cheek and Jennifer Grimes, have identified different types of introverted behavior and we'll look at them in this article. Read more »
Link copied!
Interesting Articles
Personality Psychology
How to Reach a Psychological Balance

To maintain the psychological balance you need, you have to analyze your responses to external conditions and learn to keep…