ADHD in Adults: Does it Exist?

ADHD isn't just a childhood disorder. ADHD in adults is a reality. Discover how this disorder affects the adult population in this article. 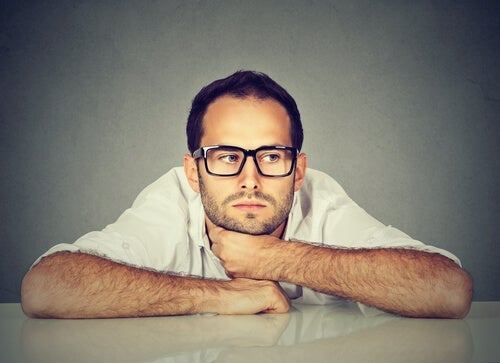 Experts originally believed that attention-deficit/hyperactivity disorder (ADHD) was a childhood disorder. However, ADHD in adults also exists. Experts also believed that the main symptoms of hyperactivity, impulsivity, and attention difficulties dissipated during adolescence. However, nothing could be further from the truth.

Prospective studies that examined the long-term outcomes of ADHD in childhood indicate that ADHD may persist into adulthood. Moreover, it’s possible that 2% of adults meet the diagnostic criteria of the Diagnostic and Statistical Manual of Mental Disorders (DSM-5).

Research has shown that up to two-thirds of young adults retain at least one disabling symptom of ADHD (Weiss, 1993). The expression of symptoms in adulthood appears to change as the disorder progresses.

Research from Maudsley Hospital, London, indicates that impulsivity and hyperactivity seem to decrease with age. However, attention deficit problems persist into mid-adulthood.

The influence of genetics

Similarly, experts have shown that ADHD has a strong genetic component. There’s a 60 to 90% probability of inheriting the disorder. This means that identical twins show a greater concordance of symptoms of inattention and hyperactivity compared to non-identical twins.

The risk of a parent with ADHD having a child with the disorder is 57%. But not everything in ADHD is inherited. There seems to be a link between genes and environmental risks. These risk factors include birth problems, alcohol and tobacco use, and head injuries, among others.

The main symptoms of ADHD in adults

Lack of attention, impulsivity, and hyperactivity are the main symptoms of ADHD. In adulthood, these symptoms are closely associated with disorganization, poor time management, and inadequate problem-solving skills. Below, we explain some of the symptoms.

Attention-deficit problems are often the main symptom of ADHD in adults. These people experience difficulty focusing on a task and changing the focus of their attention when necessary. ADHD affects four facets of attention (selective, divided, shifting, and sustained).

These attention problems can lead to many problems in day-to-day activities. Some examples include difficulty listening, inability to finish tasks, and being easily distracted.

For adults with ADHD, difficulty maintaining attention may be the most disabling problem. These adults struggle to engage in prolonged, boring, repetitive, or tedious activities. Instead, they can concentrate without difficulty when activities are motivating or involve immediate gratification.

Problems in time management with ADHD in adults

Adults with ADHD manage their time poorly due to their attention difficulties. Also, their organization skills are deficient. These problems are more pronounced in adults with ADHD than in children with the disorder.

The ability to organize and prioritize is a challenge for people who tend to flit like butterflies from one task to another. This becomes more evident when an activity is trivial or when they’re attracted to a task that seems to be more important than the one at hand.

Thus, people with ADHD respond well to an imposed structure, particularly in terms of scheduling. This is why it’s essential to work on ways of adhering to a plan, setting priorities, and avoiding procrastination.

Impulsivity in ADHD is linked to a low tolerance for frustration. This affects both children and adults with ADHD. People with ADHD seem to prefer short-term rewards and have an inability to delay gratification. This can lead to problems with waiting and patience.

Poor impulse control, along with a bad temper, can lead to antisocial behavior, violent or aggressive behavior, or both. For example, it can also lead to speeding tickets, road rage, traffic accidents, and criminal acts.

As you can see, ADHD in adults exists and its consequences can be, in many cases, more serious than in children.

What Can Parents of Children with ADHD Do to Help?
Parents of children with ADHD can feel overwhelmed, but there are ways to help. Read more »
Link copied!
Interesting Articles
Clinical Psychology
COVID-19 Could Bring a Depression Epidemic: How to Avoid It