Today's article is about Beck and Freeman's cognitive therapy for personality disorders as a therapeutic approach. It can help those affected by an Axis II disorder. 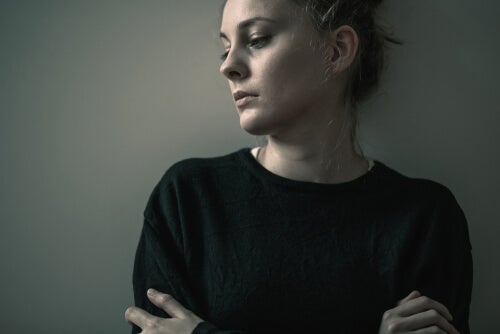 One could say Aaron Beck is the father of cognitive therapy, which is proven effective for all sorts of personality disorders such as unipolar depression, anxiety, sexuality, etc.

Psychotherapeutic treatment is more complex in the field of personality disorders. In this regard, it’s more productive to identify and modify the “nuclear” problems. In other words, the underlying patterns.

The basic premise of the cognitive model in relation to personality disorders is that the main source of affective and dysfunctional behavior in adults lies in the attributive distortion and not in the motivational or response distortion.

For cognitive therapy, schemas are patterns of behavior that tend to systematically produce biased judgments. Also, there’s an associated tendency to make mistakes in certain types of situations.

“I just have basically too much personality for one person, and not quite enough for two.”

It’s typical for this group of patients to attend therapy, not due to their personality disorder, but due to symptoms such as depression, anxiety, and relational problems. They also speak of external situations that led them to seek help. People with personality disorders often see themselves as victims of “the system”.

They’re not conscious of how they ended up with a personality disorder. Also, they don’t know why they function as they do. In addition, they don’t know how to modify their behavior due to the low insight they present. In fact, they tend to think others, not them, must change. Of course, it makes it difficult for them to care about changing themselves.

Differences between Axis I and Axis II borderline personality disorders

One can appreciate the difference between Axis I disorders, depression and anxiety, among others, and Axis II personality disorders when using cognitive therapy to treat them.

There are automatic negative thoughts such as “I’m worthless” and “Life is overrated” and other irrational beliefs in the former but these can go away with therapy. The intervention to modify those thoughts is usually successful. Sometimes, spontaneous remission can even occur after a “neurotic” episode subsides.

This isn’t the case with personality disorders, where such thoughts and beliefs are much more entrenched. Patients adhere to them, even when they’re hurt. This phenomenon makes intervention difficult.

Thus, the dysfunctional beliefs of personality disorders are “structured”. In other words, incorporated into the person’s “normal” cognitive organization. The first step, which is a great advance, happens because a patient recognizes the irrationality of their beliefs. Therefore, they’re able to identify the negative effect of these on their life.

The most important techniques proposed by cognitive therapy for personality disorders are:

The specific conceptualization of each case is fundamental in this therapy because every patient is different. The goal is for the client to properly understand their maladaptive behavior.

A therapist can share drawings with their patient in order to show them the explanatory model of their problem as well as the guidelines they need to solve it. Some therapists use a blackboard to demonstrate how the construction of reality derives from beliefs.

For example, the therapist proves how the beliefs of a patient who believes themselves a fool are the result of a punitive strict father who rewarded perfectionism. Thus, to compensate, they developed the need to humiliate others by trying to control them. This results in a narcissistic disorder.

Identification of the schemas

The therapist uses the data they collect to infer the patient’s self-esteem and identifies their rules and formulas. They must also identify the patient’s conceptions of other people. A consistent pattern of arbitrary conclusions would reflect a cognitive distortion; some say it’s “schematically driven”.

Patients pursue broad goals even when they aren’t necessarily aware of it. The therapist has to spot such goals and reveal them to the person through the identification of conditional assumptions.

For example, a patient who thinks “I feel bad at parties because few people come up to me” is actually saying something like “Being liked is essential for me and I’m worthless if people don’t like me”. Therefore, the goal in this particular case would be pleasing people.

Emphasis on the therapist-patient relationship

The strategies used for this are:

The techniques used here are cognitive probes therapists can use to teach the patient how to capture automatic thoughts and how to test them.

Furthermore, the therapist can use the downward arrow to reach the nuclear scheme. Thus, the appearance of a strong feeling in the patient is an indicator that they’ve arrived at such a scheme. Another technique is to approach the schematics.

There are three options:

The three goals of these techniques are to:

The evocation of childhood experiences

Childhood material is essential in personality disorders as it glimpses the origins of maladaptive patterns.

In fact, therapists use dramatization and role reversal to mobilize affection and produce the mutation of nuclear patterns. Patients must experience an emotional catharsis in order to become aware and undertake the schematic modification.

Use of image evocation

The goal of this strategy is for the patient to relive the childhood experiences in which they learned their schemes. This is because it isn’t just a matter of verbalizing them. Thus, they must interpret them to be able to change them.

The therapeutic part happens when the patient delves into their own maturity in order to change what they learned from a given childhood experience. They can modify the disturbing schemes by repeating such dramatizations in their adult stage. It’s like taking the trauma out of an experience.

Some studies support the effectiveness of cognitive therapy for personality disorders. What one can see is that the connection a patient establishes between their current thoughts and past experiences plays a singular role.

Knowing the origin of everything allows people to become aware of “Why am I who I don’t want to be?” The past is unchangeable but reinterpreting situations from a rational adult point of view and giving them a less traumatic ending allows you to understand that things could have turned out another way. This is key to changing your present.

In short, there are many alternatives today as soon as a patient understands they’re adults who can change any emotional, cognitive, or behavioral habits that may be hurting them.

Personality Disorders: More than Meets the Eye
and completely incomprehensible from our perspective. You've probably wondered many times about other people's personalities without finding any answers. Read more »
Link copied!
Interesting Articles
Clinical Psychology
Memory and Trauma: What's the Link?