What is a Minimalist Lifestyle? 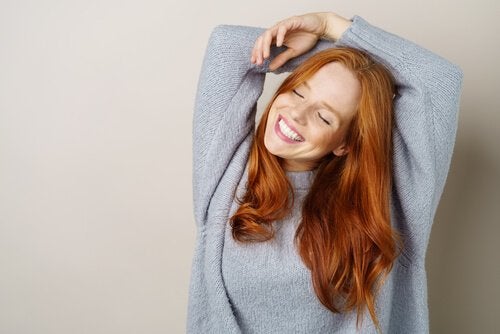 Architect and writer John Pawson says that “minimalism, more than an architecture, is a way of life”. This is exactly how some people have come to understand minimalism. In this regard, they created a platform to teach about minimalist lifestyles.

The platform we’re referring to is called The Minimalists, where participants try to make sense of life. How? Well, for example, they generate alternatives for our material needs that are generated by advertising.

What is a minimalist lifestyle?

According to minimalists, today we live in an overly-stimulating world. In addition, many of these stimuli come from advertisements that want to make us buy more and more stuff. This means that they make us think we need more stuff in order to feel good about ourselves.

According to minimalist thinking, with each new purchase, we become heavier. That’s to say, our emotional plane becomes overloaded and we begin to lose our freedom as humans.

That’s why the creators of the minimalist lifestyle, Ryan Nicodemus and Fields Millburn, define this way of living as the tool that serves as a catalyst to get rid of excesses. Why should we do this? We should do this so that we can focus on what’s really important and the things that really lead to happiness, freedom, and fulfillment.

If you’re interested in the minimalist way of life, there are a series of characteristics that define it. They’re based on a single idea: eliminate material and artificial needs, put them in the background of our lives, and focus on ourselves.

Minimalists say that we should eliminate everything in our life that isn’t completely necessary. If you’ve been storing useless trinkets and memories, you should get rid of the stuff you don’t need. Empty that space so you can fill it with things that will actually improve your quality of life.

More traditional wisdom reminds us that attachment to material things makes us slaves. When we accumulate things, we waste our time cleaning and ordering those objects. That’s so much time wasted that we could have spent pursuing useful endeavors. For this reason, minimalists are happy to have empty drawers and cabinets. They eliminate things that they don’t have a use for.

“If you want to create something beautiful, you just have to do what’s necessary, nothing more.”

Get rid of your attachment to things

Sometimes we get attached to our stuff. This is one of the reasons why we have such a hard time throwing things away. It’s true that our things are full of memories. However, minimalism isn’t afraid to remind us that, in reality, our memories exist in our minds and the people we shared them with, not in material things.

Minimalists agree that we have to project ourselves towards the future, not the past. Therefore, instead of being attached to our stuff, we should be attached to people, starting with ourselves.

Order and simplicity at home

These people also emphasize the importance of having an organized and neat home where simplicity is the dominant theme. Everything we own should have a specific use and a specific place t0 keep it. Keeping an object in the same place makes it easier to find, since you always know where it’ll be.

“There are times when the taste for simplicity has become an almost generalized feeling.”

Another important aspect of minimalism is controlling how and what we buy. We have to be careful with our purchases since we sometimes buy useless things.

Minimalists also believe that for everything that we bring into our home, another thing should leave in its place. If something you own is now useless to you, you should sell or donate it. Don’t let it sit around collecting dust in your home.

Another idea that minimalists go for is digitization. They advocate using technology to create photo albums, invoices, letters, and tickets, among other things. For example, we can scan a photo into our computer or a memory drive and then throw the material object away.

There are other options that minimalists like to promote. As you can imagine, they all have the same idea of simplifying life and letting go of material possessions.

This is the minimalist lifestyle. Learning to live in the present, directing ourselves towards the future. Enjoying small experiences and accumulating only the most necessary possessions. Does this interest you?

5 Marvelous Monuments Inspired by Love
There are many men who, powerful or not, at some point decided to erect monuments inspired by love -- the beautiful and profound feeling we all experience. Read more »
Link copied!
Interesting Articles
Music and Psychology
Subliminal Messages in Music: Myth or Reality?

Psychology Today
How to Psychologically Help the Elderly during the Pandemic

The elderly are the most vulnerable population group in the current health crisis. Learning to psychologically help the elderly during…