The Cerebrospinal Fluid: The Foundation of the Central Nervous System 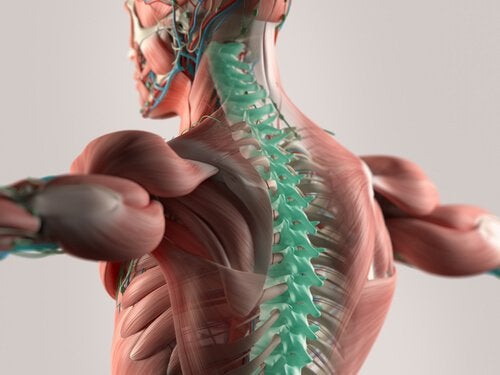 The cerebrospinal fluid (CSF) is one of the main fluids of the human body. Its main function is to protect the brain tissue and the spinal cord. It serves as a cushion against impacts to the central nervous system, the cranium, and its surrounding bones. In normal conditions, the CSF has a volume between 100 and 150 milliliters.

It’s transparent, and its chemical content is different from the one in serum but similar to the one in blood plasma. It also has the same consistency as water. Its main composition is H2O, minerals (sodium, potassium, calcium, chlorine), inorganic salts (phosphates), and vitamins (especially B vitamins). It contains electrolytes, leukocytes, amino acids, choline, nucleic acid, and others.

An extracellular type of fluid

Now let’s delve deeper into its composition, localization, and function.

The CSF circulates through the subarachnoid space, the brain ventricles, and the ependymal canal. Let’s divide it into parts:

Synthesis and journey of the CSF

Most of the CSF is created from the blood plasma in the choroid plexuses of the cerebral ventricles. Once it’s synthesized,  it goes to the lateral ventricles (located in both brain hemispheres). Lastly, it goes to the third ventricle, which is situated at the level of the diencephalon, through the interventricular holes.

From there, it goes through the aqueduct of Sylvius and ends up in the fourth ventricle, which has a triangular shape and is located in the rhombencephalon, very close to the brain stem and the cerebellum. Once the journey is ready, it goes to the subarachnoid space through the Magendie and Luschka hole and bathes the entire surface of the central nervous system.

Lastly, it’s reabsorbed in the venous sinuses (a passive process that doesn’t require energy). In normal conditions, the CSF reabsorbs very quickly, almost at the same speed in which it forms in the choroid plexuses. This makes intracranial pressure always constant.

The CSF renews approximately 6 or 7 times a day and its average cycle doesn’t usually exceed 3 hours. When the conduits through which the CSF circulates obstruct and the CSF accumulates in a compartment of the brain, that’s when hydrocephalus occurs. The immediate consequence is an increase in intracranial pressure.

Functions of the cerebrospinal fluid

The cerebrospinal fluid has many different functions:

As you can see, the CSF is essential for the maintenance and the preservation of the central nervous system. Small changes in its density or quantity could produce severe consequences in the functioning of the brain.

Why Does the Brain Age? The Answer is in Your Genes
The brain ages just like any other structure or system in your body. However, there are people who seem to be more affected by the passing of time Read more »
Link copied!
Interesting Articles
Behavioural Biology
The Neuroscience of Revenge