The Power of Genetics in Alzheimer's Disease

The population of older people has grown in the last few years. One of the consequences of the aging population is the increase in the diagnosis of certain diseases that are associated with age. Today, let's talk specifically about Alzheimer's disease, the role genetics play, and pre-symptom tests that can indicate the possibilities of developing it. 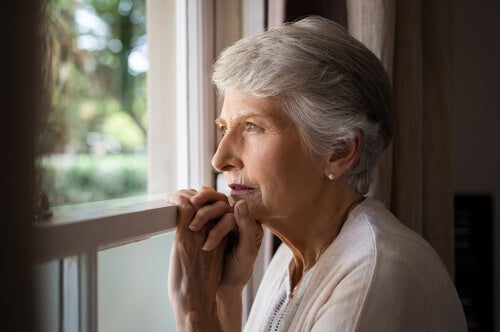 According to the WHO, throughout the world, an estimated 47 million people suffer from dementia. Alzheimer’s disease is the most common form of dementia and can be influenced by genetics. Apart from the fact that a 100% effective treatment doesn’t yet exist, this type of dementia is irreversible.

Alzheimer’s disease is a type of neurodegenerative disease that causes deterioration in memory, speech, thinking, behavior, etc. This disease is sometimes preceded by mild cognitive impairment, which is an intermediate state between a normal cognitive state and dementia.

The exact cause of Alzheimer’s disease is unknown. However, different factors can affect its development. The following list notes the most important factors:

If we focus on this last risk factor, we can deduce that Alzheimer’s disease, when it’s caused by genetics, begins its process earlier in life.

How do genetics influence the development of Alzheimer’s disease?

People inherit two types of genes from their parents that influence their tendency to suffer from the disease. These are the risk genes and the hereditary genes.

What if someone suspects that they fall within that one percent?

Now there’s the possibility of doing a pre-symptom diagnostic test. This involves a genetics test to diagnose Alzheimer’s disease before symptoms appear. With this test, someone can either confirm or rule out the possibility of being a carrier of the genetic mutation that causes this disease.

What could happen if someone finds out they’re at a higher risk than the rest of the population? It could lead to fear that can significantly and negatively affect the person’s life. In these cases, the devastating effects of the diagnosis can start to appear even long before the actual disease itself.

With this in mind, it’s good to know that professional counseling teams will inform and educate people who are interested in taking the genetic test. They can resolve any doubts the patient might have.

The professionals who make up these teams have the mission of taking care of the mental health of the patient, providing help to treat the fear that can grip the patient on hearing the diagnosis. In addition, they ensure that ethical principles are respected throughout the development of the disease. These teams usually include neurologists, psychologists, psychiatrists, geneticists, and social workers.

An early diagnosis of Alzheimer’s disease has a high economic cost. But, in addition, it also involves a dilemma. What is it?

On the one hand, someone who finds out they’re predisposed to Alzheimer’s disease may start to live in fear, waiting for and dreading the arrival of the disease. However, on the other hand, it may give the person the opportunity to plan for the future, taking into account how the disease will develop over time.

Educate yourself about the disease

What if someone makes the decision to find out if they’re prone to developing Alzheimer’s disease? They must sign an informed consent to be able to take the test.

In summary, there’s a tiny chance of being part of that small percentage of people with familial Alzheimer’s disease. However, some techniques allow you to know if you’re predisposed to it before any real symptoms appear. Of course, remember that, like any predictive process, the results may have a certain margin for error.

5 Warning Signs of Alzheimer’s
The warning signs of Alzheimer's can be detected from its early stages, and this can help us to delay its destructive course, read on to find out more Read more »
Link copied!
Interesting Articles
Research
Exercise and Mental Health: How Much Is Too Much?