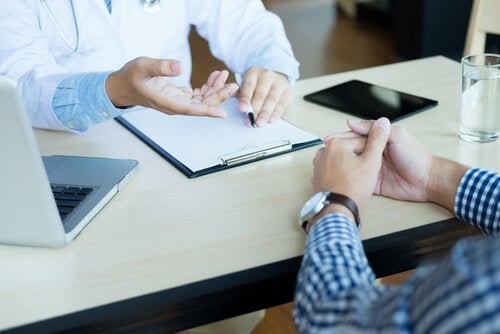 Informed consent is one of the primary tools psychologists use to put their professional ethics into practice. You could think of it as a two-way dialogue between the patient and the healthcare provider. During this dialogue, they discuss the benefits and possible disadvantages of a treatment or psychological test.

Informed consent is consent which is freely and voluntarily given by the subject for actions taken related to their health after having received the proper and complete information and considered all of their options.

The post-war origin of informed consent

You may have heard about Josef Mengele, known as Dr. Mengele or “Angel of Death”. This German doctor became famous due to his sadism and terrible cruelty. A member of the Nazi party, Dr. Mengele experimented on human subjects for many years. He was especially interested in newborn twins. He used procedures that were painful and caused irreversible physical and psychological harm. Some of his subjects died as a result of his experiments.

In 1947, people began to consider consent as a basic pillar of scientific research with human subjects. In this historical context, two North American doctors come into the scene. Leo Alexander and Andrew Conway Ivy came up with a ten-point memorandum about ethical norms called “Permissible Medical Experiments”. Later on, it became the Nuremberg Code. Voluntary consent was essentially the very first point of the code.

The psychologist’s obligation is to inform the patient in a true, clear, accurate, and complete way about the study, intervention, treatment, or psychological research that the patient will participate in. But what exactly does the patient have the right to know?

Informed consent is the medical-psychological procedure that seeks to respect the principle of patient autonomy and dignity. It honors the duty to respect everyone as individuals and to respect their preferences regarding medical treatment. There are four requirements a person must meet to draw up a valid informed consent document:

19 Types of Psychological Therapies
There are many different psychological therapies. However, they have one thing in common: facilitate changes towards well-being. Read more »
Link copied!
Interesting Articles
Psychology
It Is Always Possible to Trust Again

One could agree that trusting in oneself is more important than trusting others. It may sound harsh and contrary to what…

Psychology
Destiny Is the Wisdom of Knowing How to Choose

Anxiety is the monster that chases you around and doesn't let you enjoy the present. Sometimes before you even get…