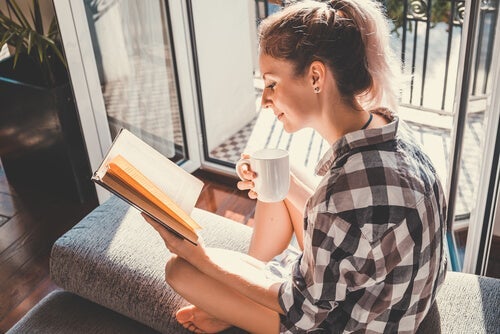 Although times have changed, people still believe some myths about single people. The truth is that, not that long ago, being single was considered some kind of failure. In addition, finding a partner, forming your own family, and living happily ever after was the desirable standard.

The point is that now marriage and family aren’t synonymous with success. Marriages can fail, families can be dysfunctional, and heartbreak can result from these things. When people started to realize this, myths about single people started to disappear.

Of course, having a partner can also bring great things to your life. However, this doesn’t mean that it’s essential. That’s why many people have opted to stay away from that kind of commitment. Nevertheless, you’ll still hear some negative myths about single people. Let’s take a look at them.

This is one of the most common myths about single people. Some believe that just the fact of not living with a partner makes other people bitter.

Usually, the first stages of love are full of euphoria and enthusiasm. However, couples who live together get past this stage at some point in their relationship. When you move in with your partner, you have to adapt to many changes and you’ll have to deal with disagreements. The same thing happens to single people: they can be as happy or as unhappy as a married person. It all depends on how they manage their resources and day-to-day life.

Loneliness: a myth about single people

The fact that you live alone doesn’t mean you’ll feel lonely. Just like living with your partner doesn’t necessarily mean that you’ll feel in good company. Everyone is alone to some degree, and the bonds you establish with others can push loneliness away, but don’t quite get rid of it completely.

A single person can feel less lonely than someone in a relationship. Sometimes, marriage puts a limit on the social relationships that each person has. Attention is, in most cases, mainly directed toward their partner and children, making friendships and family less of a priority. Single people, however, have more time to build several significant relationships.

Single people are always thinking about getting married

This is one of the myths about single people that still exists because it stems from the idea that being single means you’re a failure. Some people haven’t realized that many men and women in the world have actually consciously decided not to be in a relationship.

Nowadays, lifestyles are more diverse. Some want to spend all their time traveling the world; others are more focused on their careers; others simply haven’t found a person who motivates them to make big changes. In fewer words, single people don’t necessarily want to get married or have a romantic partner.

Psychologist Bella DePaulo from Harvard University wrote a book called Singled Out: How Singles Are Stereotyped, Stigmatized, and Ignored, and Still Live Happily Ever After. In it, she talks about some interesting data on myths about single people, like the fact that only 30% of married people are willing to help their friends and families or humanitarian causes, whereas 70% of single people do the same.

Single people: “spinster” or “haven’t come out of the closet”

The word “spinster” has a derogatory connotation to it and it tends to label those who get to a certain age and haven’t gotten married. However, the truth is that this label is a sign of an outdated mentality. On the other hand, there’s also the idea that when someone has been single their whole life, it means that they haven’t “come out of the closet”.

In both cases, there’s prejudice. What once was “weird” is an increasing tendency today. DePaulo points out that currently, for the first time in history, there are more single people than married people in Great Britain: about 51%. In the USA, it’s about 41% and in other countries, such as Chile, it’s about 30%.

It’s not a good idea for you to stay single if you want to be in a relationship, but neither is getting married just because prejudice tells you that it’s the right thing to do. We live in much more flexible times now, which means you can live however you like.

Romantic Relationships
Falling in Love After 50: A High-Flying Adventure

Falling in love after 50. Four or five decades ago, this was a virtual impossibility. At that age, you had…