Can You Be Happy Single? 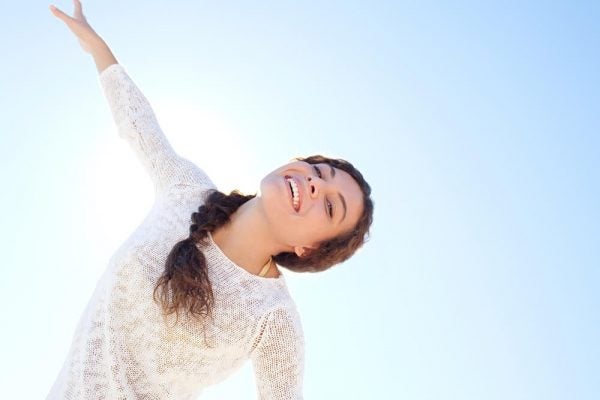 We’ve been indoctrinated with the idea that a person is complete only once they’ve found their “other half.” In fact, until recently, being single at a certain age was frowned upon. Everyone from family members to friends would try to introduce the singles they knew so that they’d get married and start their own families.

Currently, this situation is changing. Being single is starting to be considered a lifestyle choice, instead of a sad and taboo topic. There are more and more people choosing to be single. The number of singles and divorcees is rapidly increasing.

However, there’s a difference between being single by choice and being single by force. Someone who has chosen to remain single has it a lot easier, they don’t have any internal conflicts – they are happy with their situation. On the other hand, those who are single despite searching for a partner tend to feel very discontent, frustrated, and powerless. These feelings could lead them either to a desperate search for their “person,” or total isolation. Though they’re constantly looking, they can’t find someone to share their life with.

So, is it possible to be happy single? Can you be happy without having someone to share your life with? It all depends on your relationship with yourself. Let’s delve deeper into this.

Regardless of whether your last breakup was your decision or not, it doesn’t have to mean there was a problem or infidelity. In fact, we shouldn’t rush into another relationship. But if we’re with someone and feel like we always need to be with them, we might be developing emotional dependence. Because of that, it’s healthy to take some time to learn how to process what we’ve gone through.

Having a boyfriend or girlfriend isn’t a requirement for living, just like being single isn’t a punishment. We have to keep this in mind despite all the contradictory messages sent by the media, film, and even our friends and family.

Being single is a great opportunity to get to know ourselves, connect with our feelings, and do all the things we put on hold while we’re dating. In fact, various studies have shown that singleness can lead to a greater sense of freedom and higher creativity levels.

Psychologist Bella DePaulo presented evidence in 2016 that single people tend to have stronger senses of self-determination. They show stronger proclivities for personal growth than married people. This means that being happy single is possible, and that it has its own benefits.

Some days you’ll feel happy, and others you’ll feel sad. There will be weekends of partying and weekends where you just want to stay home watching your favorite show or movie. That’s just life. Being single doesn’t mean you always need to walk around smiling from ear to ear, but it also doesn’t mean you have to always feel the blues.

Most stereotypes that society has cultivated mandate 100% happiness all the time to prove that “we don’t need anyone to feel whole.” This can make you feel more pressure. It’s also unrealistic and leads to self-delusion.

Since solitude (and thus, singleness) is considered an intimate enemy, it’s important to find enough emotional equilibrium to be happy single, in spite of not having someone to share your time with and sleep next to.

It’s normal for our mood to fluctuate, but we can’t blame ourselves for being single. The important thing is to get in touch with our own emotions and be open to what they’re trying to show us. And, above all, whether or not they’re telling us we need to be with someone right now.

Being alone is not being incomplete

Social pressure can play tricks on us. We swear that we’re happy, but when we get home we cry or get angry at ourselves for not being married or having kids, just like society expects.

Logical rationale and years of psychological indoctrination lead us to believe that we’re incomplete if we’re not married. But finding a partner doesn’t mean guaranteed happiness. We can’t confuse the two. The dream of marriage, kids, pets, and a house isn’t always such a dream. It won’t automatically make you happy. Happiness isn’t a feeling that can develop from the outside. It must come from inside.

Singleness is full of magical moments, so don’t worry so much about finding this other person that will supposedly complete you.

Take advantage of this period of your life to do whatever you want, strengthen friendships, follow your dream career path, excel at work, go on vacation, not worry about others’ plans, etc. There are a thousand reasons why you can be single and happy! The important thing is that you’re your own top priority. You’re your Plan A.

Your time single should be spent getting in touch with yourself, polishing off your gifts, and improving as a person. Heads up: you’re not preparing for anyone, but for your own life! If that special person arrives in your life, let them meet the best version of you. If they don’t, it doesn’t matter. You can keep yourself company.

I’m Single, but I’m Not Alone
Make no mistake: I'm single, but I don't feel empty or lonely. So don't feel obligated to pity me, don't label me, and don't try to find a partner for me. Read more »
Link copied!
Interesting Articles
Wellness
7 Lessons to Learn Before Hitting Your Thirties

Your twenties are a time full of change, but your thirties represent the true beginning of adulthood. These are the…

Psychology
I came to ask you for a hug, not advice

Personal Development
Are You Dominated By Your Impulses?

Impulses stem from your irrational, primitive side. It's like trying to tame a wild beast. It might seem docile most…

Personal Development
Stop Saying Yes When You Want to Say No