Does Commitment in Relationships Affect Your Freedom? 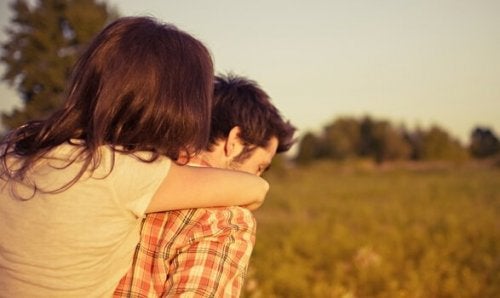 These days, it’s pretty popular to dodge commitment in relationships. That might be because you don’t know how to commit, or because you believe it isn’t worth giving up your freedom.

There was a point in time when the institution of marriage fell out of favor. In the 1970’s, marriage became passe and divorce rates skyrocketed. This also coincided with the women’s liberation movement.

After that, we saw a marked tendency towards “free love.” People assumed that commitment and the formalization of commitment took away freedom. Everyone wanted to leave the door open to be able to easily leave if things didn’t work out.

“You have to make a compromise, and once you do it, life will give you some answers.”

The trend intensified in the decades following. People didn’t just look down on marriage, but also started to see relationships in general as a barrier to freedom. Courtship fell out of favor. In its place, other kinds of relationships appeared. “Friends with benefits,” for example, or just casual sex.

We have to mention that even now, neither marriage nor courtship has disappeared completely. There is a slightly more conservative sector that continues to view these as viable options.

The idea that all emotional commitments take away a person’s freedom has spread. The idea is basically true, but we have to put it into context. It would seem that we are all completely free, until a commitment comes along and puts us in chains. But we all know that isn’t true.

The simple fact of living in society takes certain freedoms away from us. We can’t go along doing whatever pops into our head because that would shatter social bonds and expectations. If I like my neighbor’s car, I can’t just hop in and start driving. We all have to earn our living with the sweat of our brow (or depend on someone who does.)

On the emotional plane, things aren’t very different. The bonds of love and hate limit us somewhat. Think about it: you are obligated to earn the respect of your coworkers and bosses, for example. So often, you just have to give in and put up with indifference or insults. Freedom, then, isn’t the absence of obligation. Instead, it implies action in spite of the restrictions we all live with.

Every once in a while you long to be that wild creature that does everything that comes to your mind. You resist and rebel against a culture that places restrictions on your freedom. In the needs and demands of the other person, you see a complicated situation that you want to run away from.

Commitment in a relationship

What seems normal in other contexts seems insufferable in the context of a relationship. The limitations that a romantic relationship puts on us often seem unsustainable. We don’t want demands. We don’t want to have to explain what we’re doing. The idea of having to deal with jealousy or restrictions on who we spend time with is unattractive.

When we think about freedom in the context of romantic partners, usually we’re thinking about the freedom to have more than one partner at once. We also want to avoid being responsible for someone else’s emotions. Being attentive to the emotional needs of a significant other can seem like a burden that many people don’t want to bear.

Many people think that commitment and freedom are two mutually exclusive terms, at least in relationships. Nevertheless, in this world where it seems like no one wants commitment, there are some contradictions.

We can talk about one of these contradictions with some data. The question that people search the most in Google, all over the planet, is something along the lines of, “how can I find a significant other?”

Maybe what people are looking for is to feel loved without the commitment that loving requires. Or maybe they want companionship without the implied obligations that often come up in a relationship.

Loneliness also imposes some pretty intense restrictions. It is even possible to become a slave to yourself and your own needs. It seems that there are people who want to spend their lives loving like teenagers. They want fun and sex but no commitment. It’s also possible that we have become people who fear love too much. We leave our partners before they can leave us, and so we resist any kind of commitment.

The Benefits Of Being Committed People
Committed people are critical. When you know what you want, what's worth it, and what your values ​​are, you have a critical attitude towards what you consider to be unfair. Read more »

Dreams, much like everything else that makes us what we are, play an important role in our life when they…

Wellness
Free Yourself from Resentment

Grudges are pent-up pain and anger that becomes frozen in time at the moment of whatever provoked it. We detach ourselves from what happened before or what could happen in the…

Wellness
Stop Predicting the Future and Dare to Create It

Avoid predicting the future. Think about it. You don't have a crystal ball, nor is there a temple nearby with…

Wellness
When I'm Sad, I Need Empathy, Not Ignorance

Being empathetic towards your own sadness is sometimes hard. First of all, empathizing with the sadness we feel would mean admitting…