Carl Gustav Carus was one of the most prominent figures in German romanticism. At the same time, his legacy in the field of psychology laid the foundations for Carl Jung's later psychological theories. 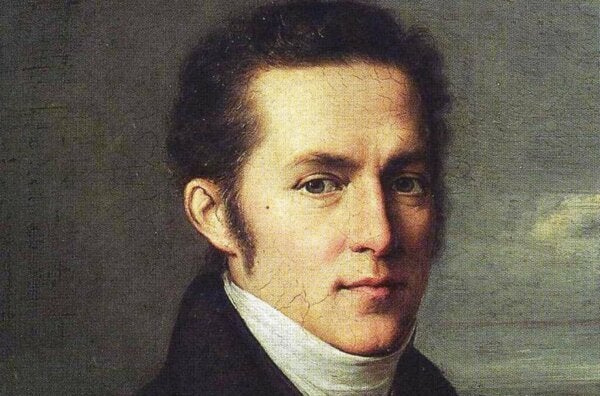 Carl Gustav Carus was one of those historical figures who was defined by his versatility. Indeed, he was a master of various disciplines and fields of knowledge. He was born in 1709 and was a physician, psychologist, biologist, mycologist, philosopher, and painter. However, he’s best known for being one of the greatest representatives of German romanticism. Furthermore, he laid the foundations of depth psychology.

Today, the German town of Dresden continues to pay homage to Carus. In fact, a hospital and a university are named after him. Carus is, in fact, one of the most interesting artistic figures of the 19th century. Indeed, it’s often said that his work includes the same sort of artistic beauty as that of Caspar David Friedrich.

Carus was a very open-minded person and he always tried to understand more about what being human meant. He was interested in all the mysteries of nature. Furthermore, he wanted to transpose all those fascinating natural wonders onto the world of canvas. Indeed, he was such an interesting character that it’s really worth learning a bit more about him.

Carl Gustav Carus was a pioneer in various fields of knowledge. He was born in Leipzig in 1789 and was interested in science from an early age. He graduated in chemistry, physics, botany, and then medicine. In fact, he became the first person to ever give a lecture on the subject of comparative anatomy. This was in 1811.

It’s clear that Carus showed brilliance from a young age. Indeed, he was a  gifted child who, thanks to his family’s financial status, had the best resources available for his study. He also had the best teachers. One such teacher was the physician and psychological philosopher Ernst Platner. By the age of 21, Carus had several university degrees. He also had two doctorates. However, his thirst for knowledge didn’t stop there.

Contributions to Naturphilosophie and biology

Carl Gustav Carus was one of the most eminent members of Naturphilosophie. This was a philosophical movement that had detached itself from the field of mechanistic science to view the natural world in a broader and more organic way.

Carus’s most well-known contribution to the world of biology was the concept of a “vertebrate archetype“. This was essential in the formation of evolutionary theory. Furthermore, the idea also explained more about the morphology of the skull, the spine, and the vertebral column.

Carl Gustav Carus and his contribution to psychology: the unconscious

When talking about the unconscious, Sigmund Freud is the name that immediately springs to mind. However, before Freud had even laid the foundations for psychoanalysis, figures like Carl Gustav Carus had already started to delve into this particular area of knowledge.

Around 1813, after suffering from typhus and miraculously surviving, Carus moved to Dresden. It was there that, thanks to his expertise as both a surgeon and obstetrician, he became the first personal physician to King Friedrich August II. In this position, he met the most outstanding figures of the time from the world of medicine, science, philosophy, and psychological science.

We now consider Carl Gustav Carus one of the most remarkable German romantic painters. In fact, he devoted as much time as possible to art at the same time as he was advancing his career as a physician, surgeon, philosopher, and biologist. His first exhibition was at the Academy in Saxony in 1816.

Throughout his life, he stayed close friends with Caspar David Friedrich. In fact, Friedrich inspired him with many of his themes. These included nightscapes, gloomy forests, cemeteries, and scenes bathed in moonlight.

However, Carus changed course quite significantly when he met Johan Wolfgang von Goethe, with whom he shared several scientific and naturalistic interests.

From then on, Carus’s work became more intimate and symbolic. He started to delve more deeply into the psychological. In fact, by the end of his life, his painting style was bordering on realism. As well as Carus’s artistic legacy, his anatomical drawings were also outstanding. In fact, they were a legacy in themselves for the world of science. Furthermore, they demonstrated Carus’s abilities as both a passionate scientist and scholar.

Carl Gustav Carus demonstrates how having a restless and versatile mind that’s open to all disciplines can promote the advancement of knowledge in several areas at the same time. Indeed, he left behind a truly lasting legacy with his terrific advances in comparative anatomy, psychology, and painting.

Jungian Archetypes: Personalities of Our Unconscious
Jungian archetypes are underlying personalities from which symbols such as The Mother, The Child, or The Trickster emerge. Read more »

Ellenberger, Henri F. (1970). The Discovery of the Unconscious: The History and Evolution of Dynamic Psychiatry. New York: Basic Books.