Jim Jones and the Groupthink Phenomenon

Those who knew Jim Jones defined him as a leader who spoke in such a way that his words deeply affected everyone who heard them. However, this article tells the tragic tale that ultimately unfolded due to this charismatic leader. 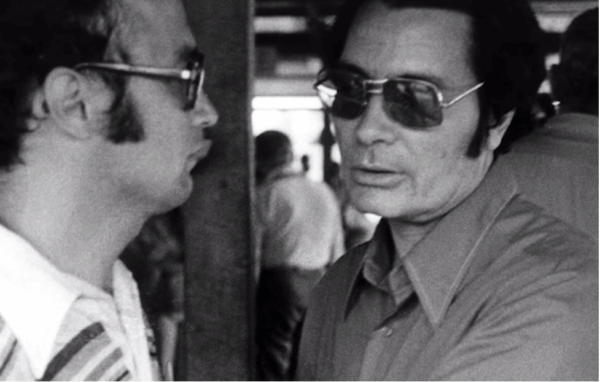 The name Jim Jones is synonymous with tragedy. In fact, he was the man who incited the biggest mass murder in history. It happened in Jonestown, Guyana, on November 18, 1978. 918 people took their own lives in this tragedy. To this day, it still seems unbelievable that he managed to brainwash so many people.

The worst thing about the entire scenario is that, before the adult mass suicide, the followers’ 300 children were killed. Furthermore, five people who weren’t part of Jim Jones’s Peoples Temple were killed.

Jim Jones’s case is the biggest but, sadly not the only case of mass suicide. Indeed, many contemporary sects lead their followers to adopt completely irrational and damaging behaviors. In fact, it even happens in Catholic, Muslim, and other major religions.

“That was the ultimate subtlety: consciously to induce unconsciousness, and then, once again, to become unconscious of the act of hypnosis you had just performed.”

Jim Jones was born in Indiana on May 13, 1931. He was the son of two British farmers. However, at every opportunity, he claimed to be of Native American descent. At a very early age, he became interested in religion.

In 1949, he finished his university studies and married Marceline Baldwin. He then joined the Methodist church and trained as a pastor. In 1952, he founded the Peoples Temple in Indianapolis. The church was a strange amalgam of Christian, communist, and fascist ideas.

Jim Jones became a great preacher. He was a charismatic leader who spoke out against racism. In fact, he claimed to want to save disadvantaged people. However, he gradually radicalized his discourse and introduced strange ideas. Indeed, he even named himself a prophet on the same level as Jesus Christ.

Jim Jones ordered his community to move to California to lead a collective life on a “socialist” farm dedicated to “spirituality”. At least 140 people followed him. They later settled in San Francisco. There, the pastor gained great notoriety.

This religious leader was even supported by political figures due to his anti-racist discourse and solidarity with the disadvantaged. Furthermore, “faith healings” began to take place in the congregation. This attracted new followers, who were searching for some kind of hope in their lives they’d been unable to find in the past.

However, at the same time, rumors of labor and sexual exploitation began to circulate in the Peoples Temple. Jim Jones began talking about the apocalypse and an alleged nuclear war. He then moved to Guyana, South America, along with many of his faithful followers.

Jim Jones and his controlled community

In Guyana, Jim Jones bought a large piece of land he called “Jonestown” in honor of himself. Those who lived there say they had to work between 12 to 14 hours a day as farm laborers. They were only paid two dollars a week.

Also, it’s believed that many women were forced to have sex with their leader. Furthermore, the children were tortured. Jones began carrying out rituals he called “White Nights”. In these rituals, they carried out simulations of mass suicides.

Eventually, rumors of what was going on there reached the ears of Congressman Leo Ryan. He decided to personally go see what was going on. He was greeted with a celebration. Jones had personal guard he called “Angels”, which told the Congressman that the place was paradise.

Congressman Ryan decided to return to the United States the next day. He said that those who wanted could go with him. However, close to the plane, he was attacked by two of the “Angels”. One of them stabbed him and the other opened fire to Ryan’s entourage.

Later, Jim Jones gathered his entire community and asked them to take cyanide. In fact, he didn’t ask them, he demanded they do so. He supposedly said, “We’ve lived. We’ve lived as no other people lived and loved. We’ve had as much of this world as you’re gonna get. Let’s just begone with it. Let’s be done with the agony of it”.

Those who refused to take cyanide were injected with it. Only 80 people managed to escape. They headed to the jungle. The others all died at the scene, including babies. Then, Jones shot himself in the head with a handgun. These events were labeled as “suicidal hysteria”.

Is There Such a Thing as Mind Control Techniques?
Mind control techniques are a thing and, depending on their use, can either be seductive or destructive. It means different things to different people. Read more »