29 Zen Phrases to Inspire You 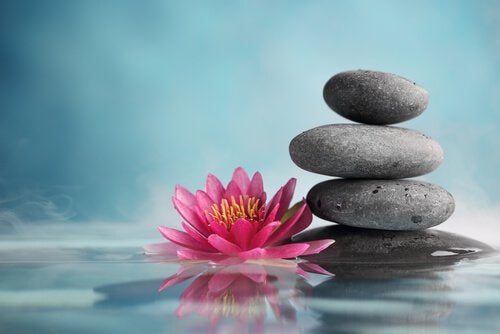 Zen philosophy originates from the beginning of the first century, when Chinese thought came into contact with the basic principles of Hinduism, by way of Buddhism. This pivotal moment in history has left a mark on our lives today.

This philosophy was welcomed into Japan around the year 1200 and cultivated under the name “Zen.” From there, it was shared around the world, hitting Western thought with force.

Its influence on and integration with our culture has also arrived through big artists like Madonna, and athletes like Tiger Woods, who enjoy the benefits of this philosophy as they guide themselves through their daily lives.

Zen philosophy has also been present among influential people in the financial sector, like the president of Ford Motor Company, William Ford; as well as William George of Goldman Sachs Group, who’s known for reciting the mantra of profitability.

“When something comes from within, when it is a part of you, you have no choice but to live it, to express it”

The point of Zen is not to find the meaning of life, but rather to practice overcoming your own barriers and difficulties. Zen philosophy attempts to teach you how to pay attention to every moment, concentrating only on the here and now.

Here are 29 Zen phrases that can transform your life. They will help you to see life in a different, more positive way and find answers to many of the questions that you might have.

1. The temptation to give up will be much stronger just before a victory.

2. The trick is to die young, but as late as possible.

3. Don’t talk unless you can improve the silence.

4. A journey of a thousand miles starts with the first step.

7. The happiness of a fool is also foolish.

8. Tripping and falling doesn’t mean that you’re going down the wrong path.

9. A cabin where you can laugh is more comforting than a palace where you’re bored.

10. Always look at things from the bright side, and if there isn’t one, polish the dark sides until they shine.

11. Whatever happens, happens on time.

14. Teachers can only open doors, you make the rest of the path on your own.

15. As much as the wind blows, the mountain won’t bend.

16. Live with peace in your soul. The time will come and the flowers will bloom by themselves.

17. There are no friends without flaws, but if you’re looking for their flaws, you’ll be without friends.

18. Disgrace comes through the door that you opened.

19. Nobody comes back from their journey the same as they were before.

20. People who are capable of blushing can’t heave a black heart.

21. It’s better to be a human for one day than to be a shadow for a thousand days.

22. Home is wherever your thoughts are.

23. People who can move mountains started by moving small stones.

24. If you make a mistake, it’s best to laugh immediately.

25. The best time to plant a tree was 20 years ago. The next best time is today.

26. The thing that determines the happiness of every person is not the event in itself, but what the event means to that person.

28. The glass is neither half full, nor half empty. The glass is simply a glass, and its contents are perpetually changing with your perception.

29. You have to create your path by walking it; you won’t find a path that’s already made for you. It’s not easy to achieve the highest realization of truth. You have to create the path by walking it yourself; the path is not ready and waiting for you. It’s just like the sky: birds fly, but they leave no trace of their path. You can’t follow them because they leave no footprints behind.

I hope these phrases can answer many of your doubts, open your mind, and show you the steps you need to take to move forward in a healthy way, full of the very essence of life: yourself.

“What we can change is our perceptions, which have the effect of changing everything.”

Culture
Fake Scientific News: Detect it with These Six Steps

Fake scientific news, or the misinterpretation of certain data and the spread of such data, is another virus we're facing.…

Culture
Fashion Psychology: What Your Clothes Say About You