Meditation: Where Our Mind Finds Peace 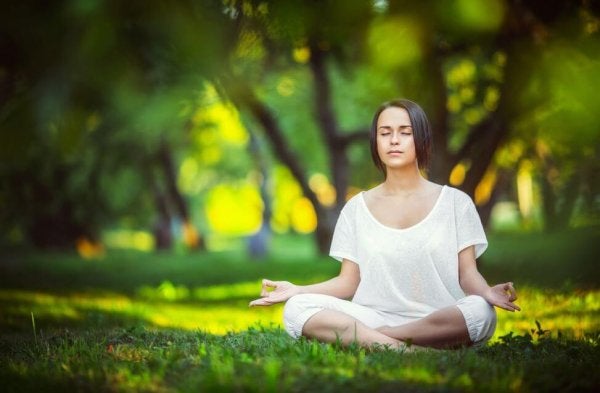 Using meditation to relax and release stress is a practice that is becoming more popular by the minute, mostly because of it’s widely-known mental health benefits. However, it’s the practice of conscious meditation or mindfulness that’s gaining the most attention, because its benefits are showing to go far beyond stress release.

Conscious meditation not only helps to relieve psychological issues, but also physical ones like hypertension, chronic pain, psoriasis, insomnia, anxiety and depression. It’s also been proven that it stimulates immunological functions and helps to avoid compulsive eating.

But, besides all of that, it’s been shown that meditation, especially conscious meditation or mindfulness, helps to improve brain function.

A new study done at the University of California suggests that one of the effects of focusing and reorienting is an increase in cerebral connectivity. Researchers compared the brain activity from volunteers after eight weeks of stress reduction training based solely on mindfulness, with that of those who did no such practice.

The MRI images showed stronger connections in several regions of the brain, especially those related to attention and audio-visual processes.

In a later study done by Massachusets General Hospital, researchers used MRI images to document the before-and-after changes in the brain’s grey matter. The researchers discovered that meditation can literally reshape your brain, making it grow significantly and improve all of its functions.

The researchers looked for changes in cerebral volume in five regions on the brains of the members of the study groups. In the group that practiced meditation, growth in four regions was found.

The biggest difference was discovered in the posterior cingulate, which relates to the wandering mind and self-value. They also found differences in the left hippocampus, which assists in learning, cognition, memory and emotional regulation. The temporal parietal junction, which is associated with perspective taking, empathy and compassion, had also increased. Finally, there were changes observed in the pons (brainstem bridge) an area of the brainstem where a lot of regulator neurotransmitters are produced.

They also observed modifications to the amygdala, the part of the brain where fight or flight reactions are triggered, which is important and relevant to anxiety, fear and stress. That area became smaller in the group that underwent the mindfulness-based stress reduction program. The change in the amygdala also correlated with a significant reduction in stress levels.

Meditation and changes in genetics

At the moment, scientists can only speculate about the relationship between those cerebral changes and the health benefits associated with mindfulness or conscious meditation. But these investigations are adding to growing evidence that meditation practices can alter the body at a fundamental level, and even at a genetic one.

Scientists are now studying the ways that the relaxation techniques (like mindfulness and yoga) can transform genetic bonds in people who practice them regularly. Particularly they are interested in studying potential changes in those genes that control how the body controls free radicals, inflammation processes and cellular death.

Psychology
Failure Can Be a Stepping Stone

No path is free of obstacles. Adversity rears at almost every step you take. You choose whether to hold it…