The Yerkes-Dodson Law: Performance and Arousal

The Yerkes-Dodson law suggests that there’s a direct relationship between performance and arousal. It establishes that high levels of arousal can, up to a certain point, improve an individual’s performance. 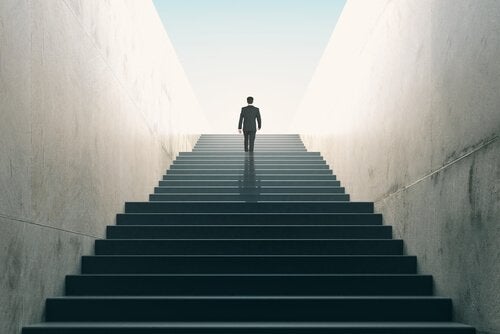 The Yerkes-Dodson law suggests that there’s a direct relationship between performance and arousal. Psychologists Robert M. Yerkes and John Dillingham Dodson developed this law in 1908.

The Yerkes-Dodson law establishes that performance increases with physiological or mental arousal, but only up to a certain point. When excitation levels become too high, performance decreases. According to this law, the best way to enhance arousal and performance is to work on tasks that allow us to remain alert.

In their experiment, Yerkes and Dodson discovered that electric shocks could motivate rats to complete a maze. However, when they overly shocked them, their performance level decreased and they simply just tried to escape. The experiment demonstrated that arousal levels helped to focus attention on the task at hand, but only up to a certain point.

How the Yerkes-Dodson Law works

Another great example of how the Yerkes-Dodson law works is sports performance. When an athlete is ready to make an important movement, an ideal level of excitement (an adrenaline release) can boost their performance and allow them to succeed. But when the athlete is too stressed out, this may jeopardize their performance big time.

So, what determines an ideal level of excitement? This question doesn’t have a single answer since the different levels of excitement vary from one task to another.

For example, it’s known that performance levels decrease when there’s a low activation level. This means that if you’re doing a relatively simple task, you can manage a much higher range of activation levels.

If an individual’s excitement levels are too low, they may feel that they lack the necessary energy to carry out the task. However, really high excitement levels could be just as problematic and can result in a lack of concentration.

The inverted U model

What Yerkes and Dodson describe is often illustrated graphically as a bell-shaped curve that increases and then decreases with higher excitation levels. This explains why many people know the Yerkes-Dodson law as the inverted U model.

On one hand, the upward part of the inverted U represents the energizing effect of the excitation. On the other hand, the negative effects of arousal (or stress) on cognitive processes such as attention, memory, and problem-solving lead to the downward part of it.

According to the inverted U model, a moderate pressure level allows an individual to achieve their maximum performance. When they experience too much or not enough pressure, their performance decreases, in some cases quite severely.

The left side of the graph illustrates when a person isn’t being challenged, doesn’t see a reason to work hard on a task, or is about to approach their work in a careless and unmotivated way.

Half of the graph shows when a person works with maximum efficiency, when they’re motivated to work hard but don’t feel pressured.

The right side of the graph shows when they’re beginning to give in to pressure because they’re feeling too overwhelmed.

The inverted U model is different for every individual depending on the situation. In fact, there are four influential factors that can affect this curve: skill level, personality, anxiety trait, and the complexity of the task.

The individual’s level of ability also affects their performance in the task at hand. A highly trained person who is confident in their abilities is more likely to appropriately manage situations where there’s a lot of pressure since they can rely on their well-rehearsed answers.

Additionally, the individual’s personality also plays a big part in the way they handle pressure. Psychologists believe that extroverts are better at handling pressure than introverts. Thus, one could assume that introverts perform better in the absence of pressure.

As for the anxiety trait, an individual’s confidence also influences the way they manage any situation. A confident person is more likely to stay composed under pressure because they won’t be doubting their abilities as much as an insecure individual.

Despite being more than a century old, the Yerkes-Dodson law is still very useful today. In fact, it’s still being studied, especially in work and sports performance.

Research conducted between 1950 and 1980 confirmed that there is a correlation between high stress levels and boosted motivation and focus. However, those studies weren’t able to establish the exact cause of this.

In the year 2007, researchers suggested that this correlation is related to the brain’s production of stress hormones that, when measured during memory performance tests, showed a curve that’s similar to the Yerkes-Dodson law. In addition, this study demonstrated a positive correlation between good memory and performance, suggesting that stress hormones may also be responsible for the Yerkes-Dodson effect.

Psychology
I Stopped Waiting for Trains, Now I'm the Engine

I’ve stopped waiting for trains with my name on them. Gone are the days of shattered hopes and dreams that…