The World's Largest Experiment on Intelligence

One of the most interesting aspects of the world's largest experiment on intelligence is that it proves, once again, that regular physical activity is good for the brain. 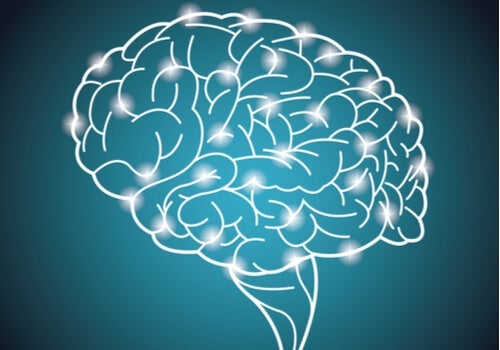 The BBC, in collaboration with Dr. Adam Hampshire of Imperial College London, launched in January 2020 what we can call the world’s largest experiment on intelligence. Now, there have been many experiments on this topic. However, this one’s different. The reason for this is that it has highly representative numerical results since it’s counted with the participation of more than 250,000 people.

As Dr. Adam Hampshire himself pointed out: “It’s the equivalent of about 125,000 hours or more than 14 years of testing”. The first results of the world’s largest experiment on intelligence are now available. However, we must mention that the process isn’t over, which means that it’s still possible to participate.

The world’s largest experiment on intelligence starts off with a very simple proposal. Basically, the investigators ask the participants to enter a platform and answer a series of questions and then complete a test. This isn’t an IQ test but a comprehensive examination of various aspects associated with cognition and emotional intelligence.

The world’s largest experiment on intelligence

As we already mentioned, more than 250,000 people have participated so far. It’s important to mention that most of them are of British nationality. This means that the sample isn’t fully representative. However, when it comes to gender and age, the participants are very varied.

The first part of the test is lifestyle questions. The main objective of this section of the test is to collect information on aspects such as diet, technology use, and habits, among others.

In the second part, the participants perform a series of different cognitive skills such as problem-solving, memory, spatial reasoning, etc.

Likewise, there are other tests that seek to delve deeper into emotional intelligence. Finally, the results of both sections are crossed to draw conclusions.

“The measure of intelligence is the ability to change.”

As of yet, the data that this experiment has provided corroborate already known premises about intelligence. For example, age isn’t a determining factor. It’s true that some cognitive abilities are more visible at certain ages, but that doesn’t mean that they disappear as the individual grows. Additionally, they also have notable exponents.

The data from the experiment indicate that a person’s ability to solve problems reaches its peak during their 20s. From their 30s, this ability starts to decay. However, this strictly refers to cognitive problems in the framework of a real-time test.

Now, there’s no information on the value of experience in problem-solving within the framework of a longer period to complete the test. In addition to other available studies, this experiment proves that the older you are, the slower your brain works.

The world’s largest experiment on intelligence has revealed that verbal reasoning is a skill that increases with age. Thanks to this study, it’s been possible to see that it progresses even beyond the age of 80. Until now, many believed that the peak of that ability was 60 years old and that it began to decrease from then on.

Another very striking fact of this study is associated with memory. According to researchers, those who had the best scores in this item would frequently play video games. That particular group of individuals proved to have better spatial memory. This is quite interesting, taking into account that these types of games have traditionally been considered useless, cognitively speaking.

This piece of research also found that people who frequent social media have poorer mental health. Many of them show symptoms of anxiety and depression. This could be due to the predominant comparison scheme one can find in these networks. Believe it or not, many people fall into them and end up evaluating their social success from the feedback they get in their social media accounts.

One of the most valuable aspects of this study is that it confirms that lifestyle has a decisive impact on intelligence. Once again, exercise has been proven to be a great asset to the brain. Likewise, staying intellectually active and learning new languages at any age seem to be two great ways to prevent the brain from aging.

“Intellectual growth should commence at birth and cease only at death.”

Is Intelligence Really a Genetic Trait?
What determines a person's intelligence? Genetics, the environment, or a little bit of both? Read this article to discover it! Read more »