Learning languages ​​is no longer just a professional need in recent years. This is because it went from reinforcing your resume to being necessary for your personal relationships and social interactions. 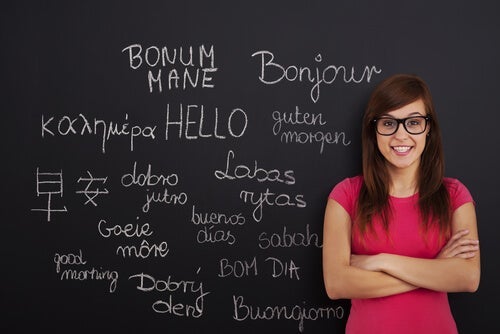 Learning languages is a must in this globalized society. This is because it makes it a lot easier to have contact with people from all over the planet on a daily basis. Until a few years ago, only people at the highest level of a business could enjoy such interactions. However, nowadays, contact with foreigners is as natural as logging into a social network. It’s what allows you to interact with the rest of the world.

Similarly, the drastic reduction suffered by the long-distance prices of transportation in recent years, especially championed by the so-called low-cost aeronautical companies, sort of modified people’s concept of this type of travel. Thus, it went from being something very exclusive to being even cheaper than local travel.

More and more people are becoming fluent in at least two languages. Children begin to learn it from the time they start going to kindergarten. The purpose is to develop a solid foundation for their academic life. They acquire skills and tune up their hearing for a new language through play, thereby increasing their creative capacity and problem-solving competence.

Learning languages as an adult

It’s increasingly common to see students over the age of 30 in language schools. The demand for foreign language classes has increased. Not only due to the need for stating the knowledge of a second language on their professional CV but also because of the cerebral benefits that learning a second language brings.

Seniors are another age group that has joined the quest for learning languages. This is because learning a second language in old age is a perfect way to put new skills into practice and maintain cognitive abilities for as long as possible.

Older adults can integrate new knowledge with their extensive learning experience. Once they reach maturity, their capacities for acquiring new knowledge aren’t the same as when they were younger. However, maturity makes humans more efficient when it comes to studying a second language. This is because you already know the learning techniques that work better for you.

Five benefits of learning languages on the brain

Concentration is the ability to use all your mental or physical faculties in a specific activity. Being focused means being able to listen, observe, and absorb everything you’re interested in. Memorizing vocabulary, grammar, or conjugations, that is, learning a language, requires being receptive and paying attention.

The study of a foreign language provides you with a high level of concentration in all those who hear, translate, or communicate. Therefore, with this skill, as with any other cognitive ability, the more you work with it, the greater the benefit for your brain.

The brain can stay active for longer if you exercise your many cognitive abilities in a convenient way for you.

Neurologists agree that the more you use your brain, the less frequently its functions fail. Learning a language is one of the most comprehensive cognitive exercises: memory is activated and new neural connections are created by changing from one language to another. Thus, functions such as language, reasoning ability, abstraction, or calculation ability are enhanced when you learn a new language.

You can maintain mental alertness for longer

Recent research shows that language learners maintain mental alertness by slowing down the aging process in certain cognitive areas. Furthermore, individuals who speak at least two languages ​​have a more flexible brain. Thus, they’re better able to adapt to different situations and can quickly move from one activity to another.

Scientists from Lund University in Sweden conducted a study. They wanted to check whether the brain structure of a group of subjects underwent any change, mainly after learning a language in thirteen months. They compared a group of college students to a group of people who learned to speak a new language fluently.

Before starting the learning process of the study group, the two groups underwent a nuclear magnetic resonance test. This is a non-invasive MRI technique to obtain information on the brain structure.

After thirteen months of studying a new language and repeating the MRI test again, they found that while the brain structure of the university students remained unchanged, certain parts of the brain of the students of the new language had grown. The areas that showed changes were the hippocampus, the area directly related to language learning. Also, a region of the temporal lobe related to spatial orientation and three areas of the cerebral cortex related to language skills.

The ability to enhance memory is one of the benefits of learning languages. Acquiring fluency in a second language forces your brain to use regions that monolinguals don’t normally use. Furthermore, speaking two or more languages ​​promotes the creation of new information association routes. This means new and alternative routes to reach a memory.

Thus, both short-term memory and long-term memory are reinforced with the skills used in language learning. Finally, note that languages ​​have enormous value in the workplace. But also, and above all, they’re the keys to accessing other cultures.

The Psychology of Language
Research into the psychology of language, or psycholinguistics, has helped scientists better understand the mental aspects of language and speech. Read more »
Link copied!
Interesting Articles
Culture
Is Charity the Same as Solidarity?

Culture
Balloon Breathing: Help Your Child Calm Down in a Fun Way

Anyone who has participated in a pilgrimage knows that it's something special. However, they might not know about the concept…