It's easy to cling to certain attitudes that are ultimately harmful to your well-being. In this article, we'll identify them and provide some strategies for avoiding them or limiting their effects. 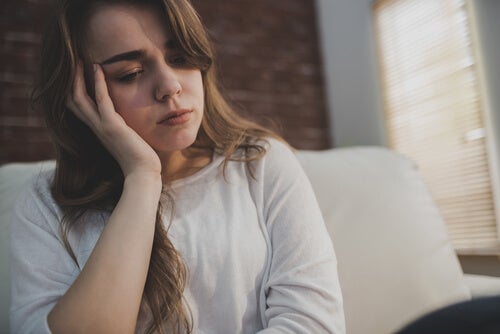 Some attitudes or mindsets exhaust you physically and mentally. Sometimes you adopt certain energy-sapping attitudes without even realizing it, and you waste your energy on worries and negative thoughts that make you feel bad.

Humans, after all, are energetic beings. Energy is the motor that drives motivation and helps you take full advantage of all the opportunities that you have in your life.

Energy is what pushes you to do what you want to do and be successful. According to the World Health Organization, “energy is essential to satisfy our most basic needs”.

Do you feel mentally exhausted, unmotivated, and worried? Do you feel like you don’t have the energy to do what you need or want to do? Maybe you’ve adopted some energy-sapping attitudes. Below, discover ten of them.

1. Living in the past

On the other hand, the present and the future are in your hands. Being stuck in the past instead of focusing on the here and now is mentally exhausting. Wouldn’t it be healthier to spend your energy on something you can change? You have the power to change the present. Use your resources and energy now instead of dwelling on the past.

“If the present tries to sit in judgment on the past, it will lose the future.”

In her book How to Say No Without Feeling Guilty: And Say Yes to More Time, More Joy, and What Matters Most to You, Patti Breitman argues that guilt requires a lot of energy. Consequently, accepting the past and releasing any guilt you carry around will allow you to live in the present and plan for the future.

Why is it so hard to say no? So many people are used to giving, to doing things just to please others. They’re afraid of saying “no” because they don’t want to seem selfish or go against the grain.

If you always say yes, you’ll have time for everyone but yourself. You’ll forget about yourself in order to please everyone else. If you don’t know how to say “no”, you’ll quickly exhaust your mental and emotional energy. When you’re busy doing things for everyone else, your own needs and desires move to the back burner.

“People think focus means saying yes to the thing you’ve got to focus on. But that’s not what it means at all. It means saying no to the hundred other good ideas that there are. You have to pick carefully. I’m actually as proud of the things we haven’t done as the things I have done. Innovation is saying ‘no’ to 1,000 things.”

4. Not being able to ask for help

There’s always that one person who prefers to kill themselves trying to solve a problem alone rather than ask for help. Some people even prefer to fail over allowing someone else to get involved in the project.

Intelligently regulating your resources implies knowing how to delegate, how to ask for help, and how to take advice on problems that are too big to tackle on your own. This is especially true in the modern world. We no longer live in a subsistence economy. Instead, everyone specializes in some particular service, leaving everything else up to everyone else.

A lot of what we worry about has to do with things that might happen in the future. This begs the question: does it make any sense to be anxious about something that hasn’t happened yet?

People who are in the habit of worrying spend a good part of their emotional and mental resources dealing with these what-ifs. Worrying about everything that might happen is an energy-sapping attitude. Thinking about things that haven’t yet happened takes a lot of time.

“There are two kinds of worries – those you can do something about and those you can’t. Don’t spend any time on the latter.”

Psychologist Joan Garriga wrote that “complaining lowers peoples’ vitality”. Constant complaining about the things that go on in your life is another energy-sapping attitude.

The downward spiral of complaining is completely unproductive. It’s paralyzing and prevents you from doing good things with your time.

Complaining can sometimes be used as a way to let off steam or as a way to escape from what you’re experiencing. It allows you to vent in a certain way. However, when you cling to it, you waste a lot of your energy.

Sometimes you postpone plans or responsibilities because you don’t want to do them. Leaving things for tomorrow is like loading up a storm cloud. Eventually, all those things you put off will rain down on you and cause negative situations in your life.

“Whatever you can do, or dream you can, begin it. Boldness has genius, power, and magic in it.”

8. Always looking at the negative side of things

If you always see the glass half empty and always think that bad things are going to happen or that things won’t go well, you’ll develop a bad attitude.

9. Trying to control everything

Trying to control everything around you can be exhausting. It requires an immense amount of effort which is essentially in vain because at the end of the day there’s very little that’s actually under your control. Adopting this energy-sapping attitude causes frustration and anxiety because you’ll never actually be in control of everything.

Constantly trying to keep everything exactly how you want it to be is impossible. After all, you aren’t living in a bubble. The people and things around you affect your life.

10. Not allowing yourself to stop and rest

This is the last energy-sapping attitude. Sitting on the couch, taking a relaxing shower, watching a movie with your significant other, reading, or calling a close friend… There are so many ways to stop and disconnect, and doing so is crucial for your health and well-being. Maslow, in his hierarchy of human needs, includes rest as a crucial part of the equation.

In conclusion, remember that a life lived in worry and fear leads to a lot of suffering. Instead, laugh, cry, love, and feel. If you spend a lot of your time worrying about what might have been or complaining about things you can’t change, you’ll forget about the present moment. You won’t be able to enjoy each sensation of the here and now.

“Dost thou love life? Then don’t squander time, for that’s the stuff life is made of.”

6 Attitudes That Push You Away From Others
Being physically apart isn't the only way to be distant from your loved ones. There are attitudes that can push you away from others. Read on! Read more »
Link copied!
Interesting Articles
Healthy Habits
How to Achieve Work-Life Balance to Be Happier and More Productive

Reaching a work-life balance isn't always easy. These days, you might even be connected to your job day and night…

We know that having a healthy self-esteem is the best foundation for a well-functioning mind. However, society and its computer-retouched…