Opinions Are Personal Judgments of Reality

Opinions are mere personal judgments of reality, so it's normal to disagree with those expressed by other people. 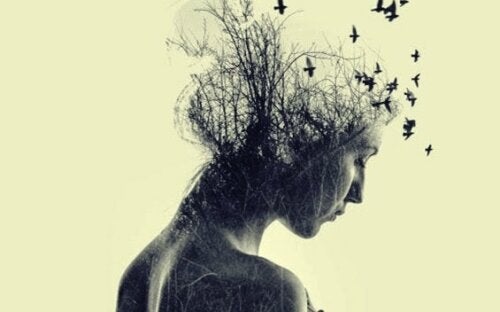 When do people start forming opinions, the personal judgments of reality? Well, actually, these begin to form at an early age and are based on one’s environment. Thus, an opinion is an idea, a judgment, or a concept a person forms about something or someone. Opinions are respectable and their heterogeneity is an unquestionable source of richness and inspiration for creativity.

This is because listening to what others think is an opportunity to reflect on some of the many possible points of view. “Reflect”, because listening doesn’t mean you’re taking their opinion as actual truth. As you can see, these are simply personal judgments, with no guarantee of validity. Everyone’s, not just of other people’s, but your own as well. In this regard, opinions are always subjective.

“Let me never fall into the vulgar mistake of dreaming that I’m persecuted whenever I’m contradicted.”

Opinions are mere personal judgments, they’re neither truths, nor news, nor facts

It’s important to differentiate opinions from statements based on proven facts; truths can be ascertained, not argued. Thus, truth isn’t subject to personal preferences. An opinion can be more or less substantiated and its validity argued. However, forming opinions about people or situations lightly promotes different degrees of injustice that have no sound basis.

It’s important to know the mind works with the information it has at any given moment. Thus, opinions made with little information don’t usually survive a debate with strong arguments. In any case, contrary to what you may have thought at any given time, changing your opinion due to solid arguments that invite you to do so is an intelligent attitude.

Another consequence of seeing opinions for what they really are, the leap into the void that always entails risk, is to be prudent when issuing them. People who see them as such tend to gather a good deal of information before sharing theirs. This is because they tend to listen carefully to the arguments of others. They don’t do listen to reaffirm their arguments but to try to either prove or discard their own opinions.

What happens when you bring them into conversations?

Furthermore, it’s essential to separate opinions from statements. This is because not doing so will bring consequences that aren’t pleasant. Also, on many occasions, these opinions, or the way some people express them as statements, can be hurtful. Hence the importance of this concept, as opinions are too often used as truths and people forget they’re mere personal judgments.

Opinions are personal judgments that are part of the territory of statements. The certainty of owning the truth and being right in this territory is a trap! It’s an illusion, a mirage, one might see in the desert. Moreover, it usually leaves no room for other ways of thinking (mental models) or for developing open-mindedness. It keeps you from being aware that personal experience is a conditioned reality.

What happens to people who don’t realize that opinions are mere judgments?

These people assume that reality has to fit with their personal perception, that others should perceive it the same way. It’s others who are biased in their perception if they don’t think the same way. Thus, these people are convinced they’re never wrong. In fact, they become “sincericides” who communicate their opinion without being asked for it. They abuse “sincerity” and mistake it for a virtue. There are many such characters out there.

As you can imagine, these people remain stagnant and it keeps them from adapting to other ways of thinking (mental models). This is because insecure people need to be right in order to feel safe and protected. Thus, it’s quite important for them to be right. This need is often times imperious and turns rational disagreements into heated senseless arguments.

Why do people frown upon changing one’s mind?

Indeed, why this need to continually reaffirm one’s opinions? Many people change their minds often and it’s just what being flexible and open-minded is about. Being coherent with the new information you’ve received. At no time will a simple change of mind will make you stop being who you are!

Everyone shares opinions, reflections, and thoughts, and it doesn’t mean we’re right. It’s only that many have the same vision on a particular subject. It may be more or less coherent; there may be more or less valid opinions. Nevertheless, don’t fall into the trap of thinking that any opinion, hypothesis, or prediction is more real than another! Finally, in his well-known speech at Stanford University in 2005, Steve Jobs said: “Your time is limited, so don’t waste it living someone else’s life. Don’t be trapped by dogma — which is living with the results of other people’s thinking. Don’t let the noise of other’s opinions drown out your own inner voice. And most important, have the courage to follow your heart and intuition”.