Are There People Without Feelings?

We've all met at least one person who lacks empathy. This, as a result, makes it easy for us to think that there are people without feelings. However, is that actually possible? Are there people incapable of feeling emotions? 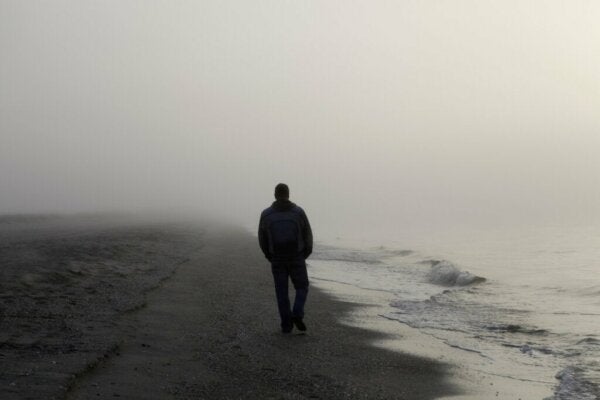 Are there people without feelings? Many people have asked themselves this question more than once. You may wonder this when you meet someone who’s quite cold and lacks empathy and emotional connection. The way they act leads you to believe they’re “cold-hearted”. Without a doubt, their attitudes may sometimes make you feel uneasy.

On the other hand, it’s also common to associate these types of profiles with psychopathic personalities. It’s very easy to believe the idea that those who are unable to understand other people’s emotional realities have some sort of problem. As a result, you may think they’re capable of hurting those around them (either physically or psychologically).

There’s something terrifying about this. Think about it. Imagine a person who has no feelings whatsoever, who’s incapable of experiencing love, fear, sadness, shame, or happiness. In all honesty, these people simply wouldn’t be human. Instead, they’d be some kind of sophisticated robot equipped with artificial intelligence.

Moreover, although it’s pretty common to hear someone tell another person that they have no feelings, it’s important to remember that that isn’t true. Everyone has feelings and emotions; that’s what makes us human. Now, being able to understand and express them correctly is a different matter. And that’s what we’ll be talking about in this article.

If there’s one thing any psychologist is familiar with, it’s reading other people’s emotions. Many individuals may feel anger, rage, disappointment, or frustration and still look completely unbothered. Everyone has desires, and any desire, whether with good or bad intention, hides an emotion.

Basically, what we’re trying to say is that there’s no such thing as people without feelings. We all have them because those psychophysiological states orchestrate who we are; they facilitate learning, development, our daily interaction, and pretty much everything we are. These processes are present in every single brain. However, the fact that they’re present doesn’t mean they “work” in the correct way.

If you’re wondering if there are people without feelings, it’s common to think about psychopaths. As of today, the term “psychopath” isn’t commonly used. Instead, we refer to them as individuals with antisocial personality disorder, a condition that affects 1% of the population. Here are some characteristics of people with this disorder:

These people will tell you that they love you but won’t show it, at least not the way it’s commonly expected. They’re distant and cold. Most of the time, they lack a sense of humor and get bored easily. Additionally, they’re quite taciturn and lack that spark that ignites emotional connection with others. Many believe that people with alexithymia are a clear example that there are people without feelings. However, assuming this is a mistake.

The cause of alexithymia is an emotional learning disorder or a neurological disorder. Nonetheless, that doesn’t really matter since the end result is the same. They’re people incapable of understanding their own emotional states (and other people’s). They find it extremely difficult to pinpoint exactly how they’re feeling at the moment.

Despite that, they do love and experience happiness, fear, longing, anguish, and hope. Although they do have emotions, they experience them in a distorted way and are unable to express them as a consequence.

Is there such a thing as people without feelings?

The answer is no – there’s no such thing as people without feelings. The reality is that all human beings have the ability to experience emotions. Only those without a limbic system in their brain would be unable to. Let’s remember that this region is the one that orchestrates, to a large extent, each basic psychological process, each sensation, and each impulse that makes you laugh, cry, get emotional, remember a moment, or wish to forget it.

Human beings aren’t rational by nature. Instead, they’re emotional with the ability to reason. On one hand, emotions are neurochemical and hormonal responses that originate sensations in a person. On the other, feelings are the mental representations of emotions. Both of these processes are constant in everyone. Think about it, you’re always experiencing emotions.

Every human being feels but not in the same way. Moreover, not everyone uses emotions as a tool to promote coexistence and create enriching connections.

Loving Someone with Alexithymia
Although people with alexithymia fall in love, they don't know how to show affection. Read on to discover how to love someone with this condition! Read more »
Link copied!
Interesting Articles
Psychology
The Inspiring Legend of the Boy and the Starfish - a Story about Perseverance

Psychology
Hippocrates and the Theory of the Four Humors