León Felipe's quotes are charming. They convey a kind of magic characterized by sensitivity, realism, and musicality. 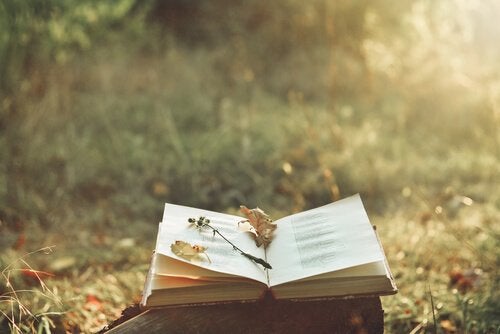 León Felipe’s quotes are like his life: surprising and exultant. No one ever thought that a pharmacist could have such a mystical sensitivity that captured the great realities of the human soul and of society.

This famous Spanish writer traveled around his country as a stand-up comedian. He also spent some years in jail due to his unpaid debts. All those experiences make León Felipe’s quotes come to life in a unique and peculiar way.

León Felipe is considered one of the greatest Spanish-language poets, but some critics claim that his work still hasn’t attracted the attention it deserves.

In this article, we share some of his most memorable quotes of all time.

The essence of poetry

This quote captivates whoever reads it due to its harshness and beauty:

“Undo that verse, take away the rhyme, the rhythm, and the idea itself. Throw away the words, and if there’s still something left, then that will become poetry.”

This quote shows what León Felipe thought about writing poetry. He believed that poetry was the most genuine expression of human sensitivity.

“Light… When my tears reach you, the purpose of my eyes won’t be to cry anymore, but to see instead.”

This is an exceptional metaphor that refers to the contrast between sadness and clarity. In this beautiful quote, the eyes are a metaphor for perspective. When you’re sad, your eyes only see darkness and that’s why their “purpose” is to cry. But once perspective meets reason, the invasive feeling of sadness is replaced by realism and understanding.

Don’t get to the finish line alone

One interesting fact about León Felipe’s life was how passionate he was about Spanish Republican ideals. When the civil war began, he was in Panama and decided to return to his homeland to support the Republican cause.

You can see his world view and his solidarity to that cause in the following quote:

“I’m coming forward with pulled reins and a slow pace because it’s not a matter of arriving early or on your own, but of arriving with everyone and on time.”

León Felipe has often been compared to Walt Whitman due to the didactic tone of some of his verses and also due to the fact that they both believed that action and freedom were the keys to living a good life.

One of his quotes reads: “Don’t be afraid of sinking, because the treasure we’re looking for isn’t at the shore, but at the bottom of the sea.” This quote tells us not to be scared of failure or of making mistakes. In other words, to León Felipe, hitting rock bottom is also a way of finding treasure.

“It doesn’t matter if the star is distant and the rose is shattered because we still have the brightness and the aroma.”

In this quote, he talks about many things at the same time. The first is that presence is so much more than just a physical aspect. Something or someone is present when we can perceive their influence, even when they’re far away.

León Felipe’s quotes are magical and invite us to reflect.

Five Wonderful Kenzaburō Ōe Quotes
Kenzaburō Ōe is one of the most important and profound writers of the 20th century. Discover five of his best quotes here! Read more »
Link copied!
Interesting Articles
Literature and Psychology
Learn All about Edgar Allan Poe

Culture
How's Your Relationship with Your Body?

Culture
The Woman and the Wolves: A Dakota Legend

This old Dakota legend tells the story of a beautiful young woman who lived in a Native American village. Her neighbors…

Culture
Olfactory Reference Syndrome: When You Believe You Smell Bad

Some mental disorders are very well-known. As such, they aren't as difficult to detect. However, others are less visible in…