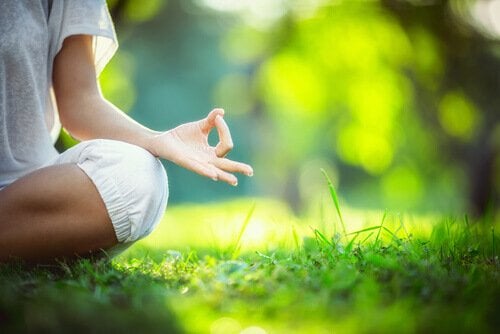 Depression is darkness, reluctance, despair, and sadness. There are many adjectives that have been used to define it. Either way, its effects are devastating. Clinical or major depression results in a persistent depressed mood or loss of interest. Sleep difficulties, reduced appetite, and decreased concentration are other symptoms of this condition.

The statistics that show the number of people wh0 are suffering from depression are worrisome. It’s one of the most prevalent mental disorders. Seventeen percent of the population has reported having depression during the last six months. In addition, the World Health Organization (WHO) revealed that by the year 2020, depression will be the second most widespread disease in the world. Thus, its treatment represents a huge challenge in the field of mental health.

At the end of the 80s, there were several ways to fight depression. Antidepressants became the first line of treatment for clinical depression. But psychological treatments also gained popularity. In this sense, behavioral therapy emphasized the need to increase each individual’s participation in pleasurable activities.

On the other hand, cognitive therapy aimed to change the way our thoughts contribute to the onset of depressive symptoms. Finally, interpersonal therapy affirmed that we needed to learn to resolve interpersonal disputes.

With all of these treatments available, you’d think that the problem of depression would have been solved by now. Unfortunately, this isn’t the case.

Unfortunately, although depression therapies were effective, research revealed another problem: relapses in people who had already experienced depressive episodes. In this sense, some believe that depression is a chronic life-long condition. The risk of recurrent episodes is about 80%. Patients experience an average of four depressive episodes greater than 20 weeks in duration.

Recurring relapses after a successful depression treatment are common and debilitating outcomes. This is the real problem we’re facing nowadays. To deal with this problem, mental health professionals insisted on cognitive therapy. Most patients who tried it out suffered less severe relapses.

It has been suggested that mindfulness should be a component of the psychological treatment of depression. But what does it mean?

Mindfulness means paying attention to the present moment without judgment. It’s remarkable what can happen when our thoughts are perceived only as thoughts and not as “reality”.

The simple act of recognizing our thoughts as thoughts can keep us from distorting our reality. This allows for greater clarity, as well as a greater sense of control over our lives.

The key is to unleash repetitive thoughts

Mindfulness-based cognitive therapy is a great way to overcome mental states characterized by self-perpetuating patterns of negative thinking and rumination and can thus help treat depression.

If we don’t pay attention to these patterns, we’re likely to experience a downward spiral in our mood and a relapse. Therefore, the basic tool for changing mental processes is being aware of the present moment.

By choosing what we focus on and how we focus on it, we can help change our mentality. When can this new skill be put into practice? In principle, this exercise can be used in all situations.

Mindfulness is a fundamental ability

Mindfulness is a fundamental skill for cognitive therapy for depression. It implies paying attention to the present in a particular way, with a purpose, and without making judgments.

Becoming aware of your thought patterns, emotions, and bodily sensations is an essential first step. Full consciousness provides the means to help us change our mental patterns.

The structure of mindfulness-based cognitive therapy for depression

Mindfulness-based cognitive therapy for depression lasts 8 sessions. Its goal is for patients to learn to pay attention to every moment with a purpose and without any judgments. Thus, learning to pay attention is the objective of the first few therapy sessions.

Patients become aware that they don’t really pay attention to what goes on in their daily lives. They’re taught to become aware of how quickly the mind moves from one topic to the next. After realizing that their mind is rambling, they learn to bring it back and focus it on a single element. This is first taught in reference to body parts and then based on breathing.

Finally, patients learn to be aware of the way their wandering mind can allow negative thoughts and emotions to take over. Addressing mood swings in the moment or facing them later is the second phase of mindfulness-based cognitive therapy.

As we’ve seen, mindfulness-based cognitive therapy can be really effective for the treatment of depressive states. Thanks to it, patients learn to identify their negative thoughts, accept them, and finally let them go.

5 Cognitive-Behavioral Techniques for Intrusive Thoughts
Cognitive-behavioral techniques can be very useful for taking power away from intrusive thoughts. These are the thoughts that invade our mind, immersing us in their toxic mist. Read more »
Link copied!
Interesting Articles
Psychology
Being More Creative is an Achievable Goal

You don't need everything you think you do to be happy. Nor do you need to wait for that thing…