How to Turn Your Sensitivity into Your Biggest Strength 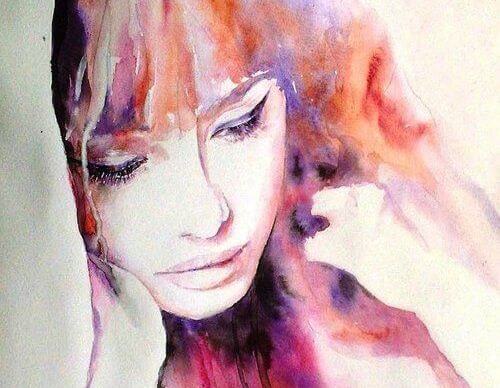 According to researcher Elaine Aron, around 15-20% of people are highly sensitive by nature. These people – who tend to feel overstimulated, emotionally reactive, and empathetic because of their sensitivity – aren’t always received well by society.

Unfortunately, people today tend to reject sensitivity because it’s often associated with weakness. For this reason, most people suppress their sensitivity, without realizing that, if it’s properly developed and empowered, it can be a priceless virtue.

“Never apologize for being sensitive or emotional. Let this be a sign that you’ve got a big heart and aren’t afraid to let others see it. Showing your emotions is a sign of strength.”

Sensitivity is the ability to gather information through the nervous system. It’s natural, and therefore, it’s neither good nor bad. It’s like a sensitive microphone that picks up the subtlest sounds.

The nervous system of sensitive people can pick up emotions from other people, the weather, the lighting, sounds, smells, and much more. Then, it processes the thoughts, feelings, emotions, and actions that have been produced within them.

To turn sensitivity into a strength, you have to accept yourself and know how to rein in your emotions so that they act in your favor instead of acting like a runaway horse. These reins aren’t supposed to repress or deny your emotions, but rather release them at the right time and in the right way.

Repression or avoidance of emotions often gives rise to what’s known as meta-emotions, or in other words, emotions about emotions, like being angry because you’re sad, or feeling guilty because you’re excited.

To turn your sensitivity into a strength, you have to experience the emotion as it is and accept it.

Many people carry out conscious or unconscious avoidant behaviors that prevent them from feeling both positive and negative emotions. Their sensitivity can make things seem too overwhelming, so they intentionally avoid them.

This can be something as simple as turning on the TV after work to avoid reflecting on the problems of the day, or drinking alcohol (or consuming other substances) to numb the stimulation of complex social environments. These are some ways to ignore or intellectualize one’s emotions, excuses to not have to deal with them. But they’re not the only ones.

To counteract this natural tendency, you have to acknowledge the emotion when it’s there, accept it for what it is, feel it without making judgments, and accept the physical reactions that finally push you to let it go.

Often, sensitive people are also passionate and creative. They’re often artists, because they’re more aware of their emotions and more capable of communicating them to others through their work.

Unfortunately, education tends to value scientific and business abilities more, starting from an early age. This pushes children away from artistic expression, reducing it to a mere complement to education that’s ignored when other “more important” matters demand more time.

However, every one of us feels passion for something on the inside, despite what other people think. These strong feelings should be expressed, because they will serve as a compass that will tell you what you want to do with your time.

Sensitive people tend to be very reflective, especially if they spend too much time in intense environments that are potentially overwhelming for them. It’s a good idea for sensitive people to find time to do reflection exercises, and even write them in a diary. This will give them more time for the level of external overstimulation to decrease.

When you set aside a certain amount of time to stop and think, you can become more aware of your own situation, and of the subtle things that impact you each day, like water dripping on a rock.

6 Tips For Being Around Hypersensitive People

Psychology
How to Clear Your Mind

After reading many articles about meditation, you've decided to put on some comfortable clothing, sit in the lotus position, close your eyes, and wait for your mind to clear. But…

Psychology
Discover the Power of Paradox to Change Attitudes

A paradox is a strange idea different from what is considered to be true in the light of general opinion. Therefore,…