Is Being Different a Need, a Burden, or a Virtue?

How do you feel about being different? Do you prefer to go unnoticed in a crowd? Can you remember a time when being different had negative consequences for you or your loved ones? 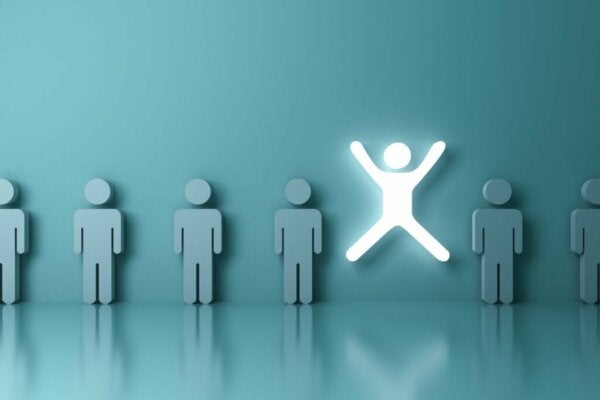 Every person is unique. No two people are alike. We all have different ways of feeling, acting, thinking, and making decisions. A combination of genetic and environmental factors, your past history, your experiences, and your context, among other things, determine your personality. What does being different mean to you?

Being different can be positive or negative, depending on where you are in your life and what stage of development you’re in.

In spite of the fact that you are and always will be completely unique, there are moments in life when you try to be as similar to other people as possible. Other times, making yourself stand out is important for normal cognitive development. How do you feel about it right now? Do you think you’re different from everyone else? In what ways? Do you enjoy being different? Is it important to you?

Being different is a human need

Psychologist Margaret Mahler came up with a model for the stages of human development. After the symbiotic phase, in which the child isn’t yet able to see themselves as separate from their mother, comes the separation-individuation stage. This stage plays an important role in shaping your personality and helping you consider yourself unique.

Rene Spitz noted three organizing principles in the psychology of a child: the smiling response, fear of strangers, and “no”. The “no” of the famous terrible twos stage. As annoying as this constant opposition is, it’s an important stage for maturation and development.

This constant negative response is brought on by the fact that the child has begun to identify themselves as different and independent. It’s a necessary step for the child to have an awareness of their individuality. This also happens with adolescents, to some extent.

“We must not allow other people’s limited perceptions to define us.”

For teens, being different can be a burden

Adolescence is a stage when fitting in and being just like everyone else takes center stage. Teens worry constantly about being discriminated against for differences that are “unacceptable”. Being part of a group is the primary motivation of teens. Consequently, it has a significant impact on how they shape their self-concept.

Curiously, however, teens believe they’re unique. David Elkind called this phenomenon “personal fable”. Although they long to fit in and be like everyone else, teens also think their thoughts and feelings are different from everyone else’s.

Elkind describes another phenomenon that sometimes relates to the importance of being different or fitting in. He talks about an imaginary audience, which is an intense concern about the image you’re projecting to others and what they think about you. Teens tend to think that those around them are watching them constantly.

This feeling of always being the subject of people’s attention makes some teens, especially those with low self-esteem, do whatever they can do blend in. They try to go unnoticed and not be different because being different is considered negative and can lead to peer rejection.

“Whenever you find yourself on the side of the majority, it is time to pause and reflect.”

Young people often feel the need to be different, to stand out in a crowd. That’s great! Sharing the part of your identity that’s taking shape is one of the greatest gifts you can give to yourself and others. That’s because it’s the most sincere and honest part of who you are. It also boosts creativity and facilitates decision-making.

Being different lets you appreciate diversity and adapt to it more easily. It makes you flexible and open-minded.

Defending your ideas, even if they’re different from everyone else’s, allows you to grow and develop while staying faithful to your principles. It helps build your self-esteem and self-confidence as well. Being unique is a gift. Thus, it’s important to learn to appreciate it. It’s one of the greatest virtues a human being can have.

“The woman who follows the crowd will usually go no further than the crowd. The woman who walks alone is likely to find herself in places no one has ever been before.”

This Short Will Teach You The Charm Of Being Different
Read more »
Link copied!
Interesting Articles
Psychology
Gordon Allport: The Father of Personality Psychology

According to the Gospel, Pontius Pilate left the sentence that would mark the destiny of Jesus in the hands of the…