What to Do if You Feel You Don't Fit In

If you feel like you don't fit in, it's best to stop trying. You don't have to force yourself into situations, places, and people that aren't for you. Celebrating your identity, your passions, and taking care of your self-esteem every day should be your main goals. 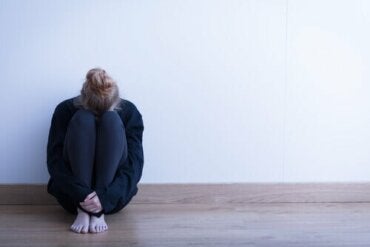 You feel that you don’t fit in, so what can you do? Many people spend a lot of their precious energy trying to fit in, be like other people, and be part of groups.

They even renounce their own individuality just to find a sense of belonging. In most of these cases, they forget one basic aspect: how wonderful it is to be unique and different from the rest.

However, there’s one aspect that’s clear to all of us. Many people suffer the weight of stigma and isolation. As social creatures, we don’t only need to interact with others. We also want to feel part of something and belong to someone or something. We want security and somewhere to put down roots and grow in our own personal development.

Thus, although sometimes we’re told about the importance of strengthening our individuality, and the “magic” of being different, in reality, we need to learn how to balance the scale. We all suffer from this uncomfortable duality between what we are and what we must show the world in order to be accepted.

Where can you start?

What we can say is that the starting point would be to make sure you don’t lose your essence and your sense of self. The key lies in being accepted by people who are meaningful to you by people who are capable of appreciating all that you are. People who can accept your own particular characteristics, strengths, and even insecurities.

It’s hard not to feel like a stranger in this world. There are times when it seems like you’re swimming against the flow, when you’re left cold by things that other people adore, and you’re inspired by other things that people don’t take a second glance at.

Maybe you’re like those fascinating jacaranda trees that bloom in a violet hue while all around them only do so in green.

When you feel that you don’t fit in, you suffer for it. Actually, we’re talking here about suffering that we can track down to a certain time of our lives.

The feeling of not feeling integrated often stems from childhood. So much so that people often think that they have the problem. They think that “blossoming” in purple, as the tree mentioned above does, is negative. The reality of the matter is that we all have nuances that make us all stand out in the “forest of life”.

Dr. Murray Bowen (1913-1990) developed his family systems theory in the 1950s. In it, he identified life forces that influence how people develop emotionally and naturally:

When you suffer the “stigma” of not fitting in anywhere

When you feel like you don’t fit in anywhere, you can’t just blame yourself. Sometimes, you might even come to the conclusion that the world itself is meaningless. This is what was shown in a study conducted at the University of Michigan by Drs. Gregory Walton and Geoffrey M.Cohen.

In this research, the experts showed that people who suffer from the “stigma” of exclusion, and the constant “uncertainty of belonging”, lose motivation very easily in their academic and work lives. At the same time, they’re at a greater risk of ending up suffering from some kind of psychological alteration.

You want to fit in, but what can you do?

Often, this idea that “I feel like I don’t fit in” has its origin in the family. Our education and the dynamics that arise in these micro-scenarios give us a sense of “not being normal” from an early age.

For example, people may feel that they aren’t normal in the eyes of their parents because they’re not as bright as their siblings. Others are more “rebellious” because their hobbies, tastes, and passions don’t fit in with their family’s ideas.

We can drag this negative self-concept with us for years, diminishing our social skills, self-concept, and identity.

For this reason, and in order to strengthen these areas and improve your sense of belonging, it’s worth reflecting on these ideas.

Define who you are and shine

One of the most interesting ideas that Carl Jung left us was his theory of individuation. According to this approach, the most important responsibilities are:

Such a process takes time. However, before “wanting to fit in with others”, what you need to do it “fit in with yourself”. You must develop self-acceptance, knowing who you are and what you want.

It isn’t a question of “fitting in”, all resistance creates pain

We’re sure you’ve tried to force a jigsaw piece into a position where it doesn’t go on many an occasion. Quite soon, you realize that there’s no point in using force. It just isn’t the right shape and there’s no way it’ll fit in.

It’s fine if you have to take your own journey in life alone for a while. While you’re on that part of the journey, simply celebrate who you are.

Sometimes, when you follow the rhythm of your passions or impulses, you’ll end up finding the person or people that you were destined for. The one(s) where everything harmonizes, where you’re accepted and valued for every nuance in your character, and for each and every part of your personality.

To conclude, if you feel that you don’t fit in, the first thing you can do is to reduce the pain. Manage your fears, sort out your insecurities, and simply shine as you are. Your self-esteem will soon help you find your place in this world.

Personal Development
You're Responsible for Yourself and that Makes You Free

You're responsible for yourself. You must own up to the consequences of your actions and decisions at every moment. Only…

To teach children gratitude, you have to do a lot more than teach them to say "thank you". Helping them…

Personal Development
Uncovering the Potential in Your Personal Strengths

Like every branch of science, psychology has evolved a great deal over the years. In the past, it was believed…