Ignore Everything that Isn't Worth Your While 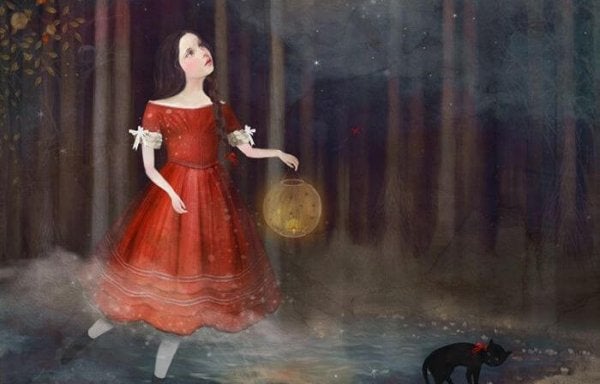 There’s something interesting that our brain does every single night without us even asking for it. It’s the essential mechanism of ignoring information. Thanks to the lymphatic system, it eliminates toxins that could cause neurodegenerative health problems. In turn, while we sleep, the brain makes a subtle “clean slate” of unnecessary  information, integrating and classifying the information it does deem relevant.

The brain, as you can see, is a precise and near perfect machine that knows how to eliminate from its internal structures and processes everything that isn’t useful, and therefore, could make it sick. However, when we open our eyes to a new dawn and conscious awareness awakens, we’re not always capable of ignoring what isn’t worth our while.

It’s not easy to ignore certain things, certain people, certain situations. People don’t always know how to perceive that something is causing them harm. We don’t have a radar or a warning sign. We limit ourselves to trusting, to letting ourselves go with the flow. To living.

If there’s something we should also keep in mind, it’s that many of the things that we should ignore aren’t always on the outside. Sometimes, there’s also that “inner noise,” those obsessive thoughts, fears, doubts, anxiety…Our very own enemies that we should recognize and deactivate.

Therefore, we invite you to reflect with us, to understand that sometimes it can be very healthy to practice the simple act of leaving behind the things that don’t enrich or motivate you. And on the contrary, they put up walls and obstacles for our personal growth.

How to ignore things that don’t make me happy

Think about this question for a second: What really makes you happy? It might surprise you, but some people reach such an extreme point in their personal lives that they no longer remember what happiness feels like. It’s a very high risk.

Sometimes, we don’t have courage. Sometimes, we’re scared to harm other people, to disappoint them. Nevertheless, it’s worth to keep in mind that ignoring also means to responding intelligently. It means to not give importance to something that doesn’t deserve it. It’s to deactivate the things that cause us harm.

There are certain times in our lives in which we lose, without even knowing how, that inner tranquility that used to characterize us. It might have been certain people or relationships. It might also be due to certain situations, pressure at work or even demands we make ourselves.

We lose our way and even our own essence. Maintaining this sensation for a long time can make use fall into depression, into such a helpless state that everything is out of our control. Don’t allow this. Learn how to ignore, deactivate, to free yourself of burdens in order to feel lighter on your personal path.

Remember everything that is significant to you

Don’t lose your way. Don’t lose your roots or the things that define you, because everything that excites you, that puts a smile on your face and speeds up your heart beat, it all makes you you. And happiness is what gives our lives meaning. So if you don’t feel it, if your day to day isn’t filled with illusion, you should think about the following…

Start removing your layers, one by one. You have spent a long time living a life you don’t identify with. So, perform an inner exercise and discover what “skin” you should leave behind in order to recover your essence. Remember your values. Not too long ago you were defined by bravery, courage, self-respect and respect for others. Say them out loud, make them patent.

Happiness isn’t just things. It’s found in the elementary sensations inscribed in simple acts. If you don’t appreciate them, it’s time to make some decisions.

Practice the art of brave wisdom, the wisdom of knowing how to ignore

It’s not easy. Ignoring what doesn’t favor your personal growth requires you to something break some bonds. And it makes you reformulate some of your attitudes. Thus, you also need a small amount of bravery.

If you’re a weak person you’ll seek out revenge. If you’re strong, you’ll be able to forgive. Now, if you’re wise you’ll limit yourself to ignoring what isn’t worth your while in order to enjoy each and every day of your life.

We should be very clear on the fact that ignoring isn’t for the weak. It’s not the same as not facing a situation. Sometimes, the right thing to do is ignore, stop giving importance to something that shouldn’t have such a big presence in your life.

Ignore the sneers. It’s not you. They don’t define you. Take the importance away from the person that’s directing them at you. Walk light.

Ignore those who are egotistical, who never were who you thought they were, who bring storms to your sunny days. Ignore the people that make your smiles go away. Accept the goodbye.

Ignore the fears that set obstacles for your dreams, the prejudice and the attitudes you have that keep you from getting on the train that will always come for you. Deactivate the limiting thoughts and run with a light load towards those projects you undoubtedly deserve…

Have the courage to ignore what isn’t worth your while in order to pick the lock of happiness.
Link copied!
Interesting Articles
Psychology
Pathological Jealousy: When Jealousy Goes to a Dangerous Extreme