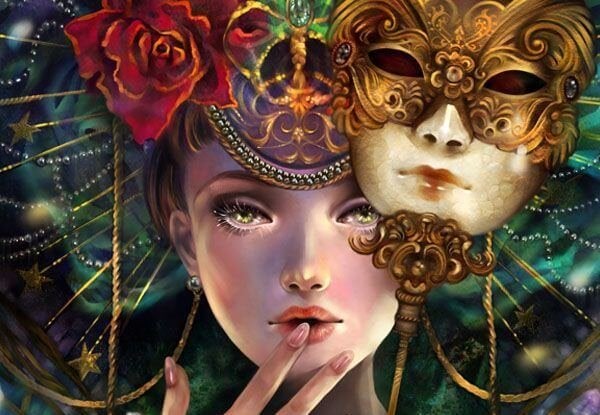 In the world today there still exist many women who continue trying to become the prototype of the “ideal woman” from the clichés imposed by male-dominated cultures. There is a lie that circulates in which many believe that happiness lies in finding a partner. And she can find a partner if she is the ideal woman.

Although we are apparently in an era where such myths no longer have a place, the fact is that, more strongly than ever, there have been stringent obligations imposed on what a woman should be.

Unfortunately, there are still many men who value women based on how useful they are to them. It has been this way since the beginning of human history, but has now become more subtle and hard to identify.

Until less than a century ago the woman was the mistress of the domestic world. Her role was to ensure that everything in the house went well and provide healthy, strong offspring for a man.

There has been a stereotype built of what the ideal woman is. These are her main features:

Surely ideal women exist or appear to exist in the world of entertainment and advertising. In real life they are not so easy to find, although there are many who spend their lives trying to get closer to this warped stereotype.

Free women are able to give up a great love, if this price is their identity. They do not care if their man is bald, potbellied or forgetful. They know how to love, because love really is to be able to assess what each human being has that makes them unique. A woman who does not value herself based on what ordinary men think, but what she thinks about herself, because she keeps this in mind before anything.

Sometimes she wants to make love, but other times she doesn’t. She can understand and listen. She wants to feel valued, and not displayed or used.

Wellness
You Made Me Believe in the Mystery of Connection

Life is full of surprises and people who revolutionize our lives. Some call these surprises coincidences, while others call them serendipity, synchronization,…

Steve Jobs said that "intuition is very powerful, more powerful than intellect." And he wasn't wrong. In fact, he and…