An Extraordinary Brain: Autism and Einstein 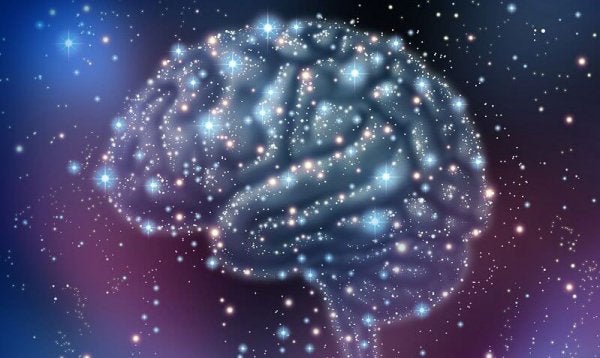 The human brain is an organ as complex as it is mysterious. Neuroscience moves forward and every day exposes more new information about the functioning of the brain. But there is still a lot to discover about it. The human brain simply never stops surprising us.

For example, some people with autism have an unusual ability. For instance, some of them can paint better than Renaissance artists while others can play instruments without having any training. Their brains have a structure and a way of functioning different than non-autistic brains.

Let’s take a look at an overview of the brain first.

Paul MacLean’s triune brain has been a very popular model for many years. Its popularity is based on the fact that it groups several regions of the brain into different sets which perform different tasks.

The differentiated structures are the reptilian brain, the limbic system, and the neocortex. The brain has evolved — parallel to the way we have as a species — from the reptilian complex to the neocortex, also known as the “rational brain”.

The reptilian brain is the lowest area of the forebrain. In this area, we can find the basal ganglia and areas belonging to the brain stem and cerebellum. These are responsible for the essential functions of our survival (such as breathing and our heart beating).

This structure is in charge of making simple and impulsive behaviors, depending on the physiological states of our organism: fear, hunger, anger, among others. It could be said that it’s the part of the nervous system which keeps genetically programmed codes when the necessary conditions are fulfilled.

This system is responsible for emotions arising with each situation we experience. It represents the headquarters of our emotions.

Among the most important structures in this system are the amygdala and the hippocampus. These structures constitute a primitive memory system, along with the hypothalamus, which makes reacting to a wider spectrum of stimuli possible.

This is the most recent evolutionary landmark in the development of the human brain. It’s the headquarters of our rationality. It makes it possible for us to think in an abstract, systematical, and logical way. And this is quite an achievement for our species.

This is the area that makes it possible for us to be so different from one another. Thanks to the neocortex, we can also respond in different ways to the same situation at different times. It is also the source of our powerful imagination.

One of the best-known divisions of the neocortex is the one based on the cerebral lobes.

The human brain and autism

People with autism are usually not very good when it comes to interacting with others. On top of this, they often suffer from emotional immaturity, language deficits, and other difficulties. These problems may result from the fact that some areas of their brains are damaged and function abnormally.

However, in the case of “autistic artists”, there is an untouched island of cortical tissue in the right parietal lobe (where our spatial and artistic abilities reside).

What happens is the malfunctioning of many brain areas allows their right parietal lobe to monopolize most of the attention resources. Otherwise, we could only make this achievement possible after years of preparation and effort.

Nevertheless, for example, if a stroke or brain tumor damages the right parietal lobe, this person would often lose the ability to draw a simple sketch. But if it’s the other way around and the lesion occurs in the left parietal lobe (which works with numerical calculation), it usually improves the artistic capacity of that person.

Why does this happen? One explanation could be that when the left parietal lobe stops consuming resources, the brain transfers these to the right lobe. Although our hemispheres work together, the truth is that they also have an amazing ability to compensate.

But… what does all of this have anything to do with Einstein’s brain?

It seems that Albert Einstein’s brain had enormous angular convolutions (these gyri are found in the parietal lobes). Being good at mathematics doesn’t just require being good at numerical calculation. It also requires other skills, such as spatial visualization.

Depression: A Chemical and Emotional Drift in Our Brains
Depression is a continuous drift where the days drag by slowly. Where there are no longer any tears left, though you crave a good cry. Read more »
Link copied!
Interesting Articles
Psychology
A Toxic Relationship Between Parents Has Consequences for their Children

Anyone who psychologically abuses their partner, anyone who is taking advantage of, looking down on, humiliating, and destroying them and…

Effective people do the things they set their minds to. Sooner or later, they make their dreams and aspirations happen. Would you classify yourself as this type of person? Effective people take advantage…

Psychology
The Thing You Fear is an Opportunity to Grow

Sometimes your fear disguises itself as logic. It doesn't let you see the real reason why you avoid challenging situations: fear…