Mature Love in the Autumn Years 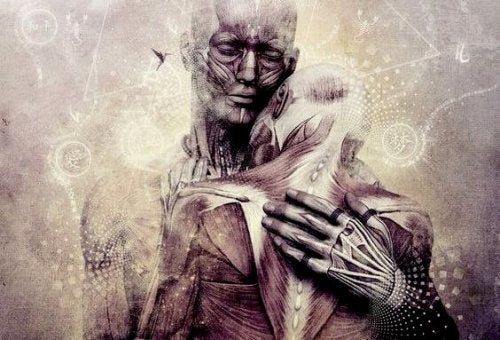 Mature love is defined by life experience and a serene heart. We are talking about souls in their autumn years who find each other during the end of a stage with a different concept of love. They see love not as a conquest or an invasion, but as simple connection, based on joy, tenderness, and mutual understanding. These are (usually) honest relationships that make way for a wonderful stage in life.

We often hear that true love waits for us in the golden years. This isn’t entirely true, however. We tend to fall into the trap of making endless comparisons with our other life experiences when the reality is actually a bit simpler. In the end, existing is knowing how to appreciate everything that happens at each stage. It is appreciating the experiences of our youth, with all their good and bad choices, and at the same time enjoying each gift that our later years offer us.

“Mature love is union under the condition of preserving one’s integrity, one’s individuality”

In each cycle, we receive exterior information and experiences in a particular way. When we are young, we let nearly everything in. We open our arms to the world and everything in our path with enthusiasm and infinite energy. We are like intense summer storms. Later we become more selective and cautious. The memory of those intense summers still lingers, but now we prefer warm breezes that evoke calm, golden afternoons, and serene beaches.

Mature love doesn’t give up cheerfulness or innocence, but it seeks to avoid making the same old mistakes. Mature love knows that couples aren’t soulmates, but rather two distinct souls who have their own (and sometimes very different) experiences. They are individual souls who want to give love another opportunity. And why not? Let’s delve a little deeper into this concept of mature love.

Mature love, when getting older is synonymous with happiness

Alberto and Maite are both over sixty years old and today they have decided to take the big step: they are going to live together. Not all of their children are happy about it. “He’s just in it for the money”, says one. “They are just trying to cover up their loneliness”, says another. “It’s just a phase” another dares to say under her breath. “In a few months, they will be back to their things, their books, their trips, and their grandkids…”

However, neither Alberto nor Maite are particularly concerned about these criticisms and opinions. That’s not what they care about now. Their wrinkles and scars may mar the skin, but they also line their hearts and their wills with strength. They know what they are about to do and why they are doing it. They aren’t children. Maturity grants wisdom, not innocence. Their emotional baggage contains too many experiences for this decision to be just a whim or a phase.

Love in the autumn years, contrary to the opinions of sons and daughters and everyone else who observes without really seeing, has no ego and no need to prove itself. Mature love contains nothing artificial. Its thoughts, purpose, and caresses are so genuine that the light of truth illuminates them. It is a whole feeling that fills the mind, hands, and heart.

On the other hand, there is a fact that Alberto and Maite are surely familiar with. Much of the younger population believes that maturity or the autumn years of our life are synonymous with passivity and resignation. As if love or passion had an expiration date. As if it were forbidden territory for those with grey hair and those who have more life behind them than in front of them.

This is a misconception on the part of the younger generation. In fact, if positive psychology teaches us anything, it is that the curve of happiness reaches its highest peak during this stage. This is a time when love is a simpler and cleaner experience.

The new timeline and the importance of love

Love in later years love provides a more satisfying rest than love during earlier stages. It’s not a fire that burns the skin, but a river that carries us on a journey of discovery with our partner. It’s an opportunity to grow, experiment, and feed a new kind of happiness. Contrary to what skeptics may believe, in this stage, on average, people experience greater psychological well-being.

An interesting study by economists Blanchflower and Oswald concluded that perceptions of happiness and personal satisfaction are actually most intense during childhood and old age. If we depict happiness throughout our life cycle, it would have a “U” shape, with the first peak during childhood and the second at around fifty years of age.

It’s clear, however, that getting older does not guarantee psychology maturity. Emotional balance is not automatic either, but a good part of the older population manages it with exceptional integrity and a wonderful attitude.

They are people who don’t just accumulate years, but feed their desires and dreams. They are men and women who have mastered themselves. They have charisma and have achieved the alchemy that combines wisdom with hope, serenity with passion, and desire with humility.

Mature love may not be as effusive as a teenager’s first love, but it is, without a doubt, more fruitful and satisfying.

Mature Love Is a Balance Between Autonomy and Commitment
seeing love in a different, deeper, and often simpler way. Mature love responds to an intense need that requires a long period of growth to be satisfied. Read more »
Link copied!
Interesting Articles
Wellness
How to Relieve the Pain of Disappointment

Wellness
2 Ways to Be Kind to Yourself

Many of the problems that plague us have a common origin: lack of self-love. Thanks to the world's external pressures that we're subject to, the demands we place on ourselves,…

Wellness
The Hugs That Put Our Broken Parts Back Together

One day someone will hug you so hard that all your broken parts will be put back together again, you will…

How many times have you tried to bottle up or mask sadness? Ever since we were little, society has told…