How Impulsivity Hurts Us 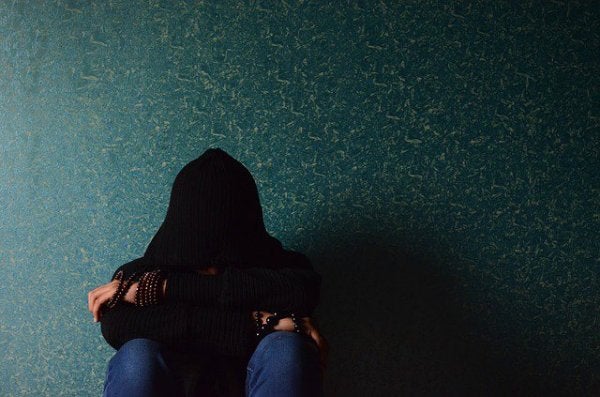 Are there benefits to being impulsive? Impulsivity hurts both us and those around us. Worst of all, it’s something unconscious and causes us to regret our words or actions, but we can’t go back in time.

Therefore, it is very important to learn to control our impulses and think a little more before acting.

If someone just told you something, and you react and answer wrong; if they’re asking you a question and you say the first thing that comes to mind; if you’re the first to start a argument; if something goes wrong and you throw things on the floor or you start screaming and throwing tantrums like a child, then maybe you have an impulsivity problem.

Don’t feel bad, everything in life has a solution (except death, as the saying goes). First off, it’s good to understand that being impulsive on occasion isn’t bad because it could help us not be as shy or withdrawn, to get what we want and make ourselves heard. However, the problem is when impulsivity is the rule rather than the exception.

There are different kinds of impulsive or compulsive people. Among the latter, for example, there are those who excessively buy and accumulate clothes and objects at home. That’s a subject for another article, but both compulsivity and impulsivity are ways of channeling or reacting to our emotions. We use rage, anger, nervousness or crying when something doesn’t go the way we want or expect it to, or if we do not know how to solve a problem.

Our way of expressing ourselves can convey many things. And we don’t always present our words or attitudes in the best way. Perhaps, we don’t have the intention of bothering or hurting the other person, but it’s what we end up doing.

If you’re someone who casts the first stone, if you answer before analyzing the situation, if your first reaction is to get angry and fight, if you feel clouded by anger and react by seeking revenge or yelling, be careful. Impulsivity can play some bad tricks on you.

Don’t make excuses: “I’m stressed,” “I didn’t think,” “I have a lot of problems,” “I’m impulsive by nature,” “I have my period,” etc. Facing the situation and accepting that you have an impulsivity problem is the first step.

After that, it’s time for action, not reaction. This means that if your first reflex to a stimulus is a counter-attack, it’s better to wait. You could count to ten (or twenty, thirty, a hundred …) or breathe deeply. This will help you not answer or yell until the other person is finished speaking.

What good is this? Well, it helps you not say the first thing that comes to your mind, which often isn’t the most appropriate or correct.

Sometimes, pausing for two seconds doesn’t mean the conversation can’t continue or that you didn’t understand something, but that you need time to process information. It could be that you give your mind a lot of credit for moving faster than the speed of light, but that isn’t always good.

When you can put things in perspective everything ends up being better. When you take the time to analyze the words of others and yourself, you can get better results. When you don’t let the impulse be the first thing out of your mouth or your body and you react another way. When you think and measure your words before you speak, you’ll succeed.

Finally, I leave you with this nice reflection: Always think what you will do before acting. Do not let impulsivity dominate you or else your path will be full of darkness.

Wellness
The Effects of Repetitive Thought

The effects of repetitive thought can be deadly if you're in need of change. Why? Because you're so used to…

Wellness
6 Phrases That Can Change Your Life

Words are more powerful than we imagine. Thanks to them, we feel emotions, longings, and endless feelings. They are capable…

Wellness
Your Heart is Free...Be Brave and Listen to It

The heart is free; it is where your true independence resides. Only your heart knows what you really want, and what you desire each moment. However,…

The digestive system is very sensitive to emotional states. It isn't strange for someone to get too surprised about something…