Every Woman Has a Warrior in Her Soul 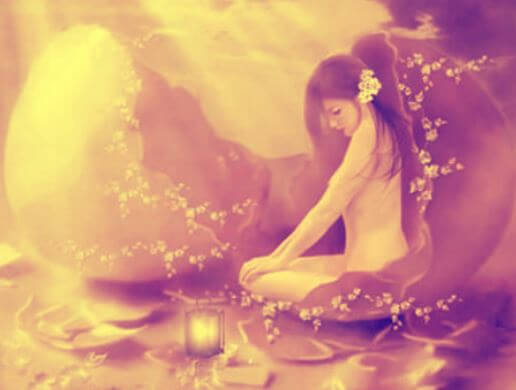 Every woman has a warrior in her soul that never gives up, that fights against adversities, that fights for her dreams, that moves forward firmly, that isn’t overcome by blows and doesn’t bow down to the harshness of life.

A woman with a warrior in her soul is a woman that can count on herself, that understands her shadows, that elevates herself through the dance of life. She’s aware, she understands herself. She doesn’t have just one tonality, she is a rainbow.

Because within every woman is a strength that guides her when it comes time to seek out her own goals. A strength that enables her to take care of herself.

The character of a soul warrior

No woman renounces herself, because no warrior ever extinguishes her light. Often times, we forget to honor our fight, and we undervalue our effort.

However, if we stopped to think about it, we’d realize that we have an immense number of reasons to be amazed by ourselves. Reasons to not turn our backs on ourselves, but instead to tell our truth.

Because sometimes our warrior gets hurt for not speaking our truth, for giving in to the sorrow, for letting that which harms and upsets us go unchallenged, as if it were a form of self-punishment or inner revenge.

That’s why we have to let our warrior breathe. We have to get rid of the people that try to stifle her, and we must scream to the whole world that we’re on this world to walk with determination.

When we succeed in getting rid of most of the emotional garbage that dims our warrior, the laughter of self-love, revitalizing energy and lifting moods will fill us from within.

“If you have ever tried to fit into a mold and failed, you’ve probably been lucky. You may be in exile, but you have protected your soul… It’s worse to remain in a place we don’t belong in at all, than to be lost for a while, seeking the psychic and spiritual kinship we need. It’s never a mistake to seek what one needs. Never.”
-Clarissa Pinkola Estés-

A woman doesn’t need anyone to complete her, she just likes having someone by her side that accepts her completely. She’s valuable by herself, an infallible archer with independent targets which don’t support submission.

Therefore, the strength of the female sense advocates and calls for gender equality, removing barriers and impositions of a society that has managed to make parts of the female identity undesirable.

Sometimes the soul warrior has to silence her mind and work diligently to repair her heart piece by piece, which has been broken by humiliation and sadness generated by the hypocrisy of that which she has unfortunately encountered.

But the strength will always resurface. It’s that which makes a woman’s heart beat for itself, walk with dignity and appreciate the divine feminine within her.

After the death of a loved one or a breakup, among many other situations that can happen, we all agree…

Every poem has some beauty to it. But some pierce the soul in a special way. Maybe this poem will be one of those. Each phrase, each word. It couldn't…

One of the main factors that promotes healthy personal development is our environment: having people who contribute positive emotions and good values to our lives. Unfortunately, not all the people around us offer us positive…

Wellness
How Will I Know if I Have Overcome the Mourning Period?

Despite what we may think, it isn't always easy to know if we have overcome the mourning period. That psychological…

Wellness
Mothers Of Courage And Their Immeasurable Emotional Legacy

Mothers of courage are those who have gone beyond the limits of challenges, who had everything against them but did…

Interesting Articles
Clinical Psychology
Are You Having a Panic Attack or an Anxiety Attack?