You might envision a psychologist as a therapist whose job is to resolve psychological conflicts but criminal psychology is a different and exciting branch. 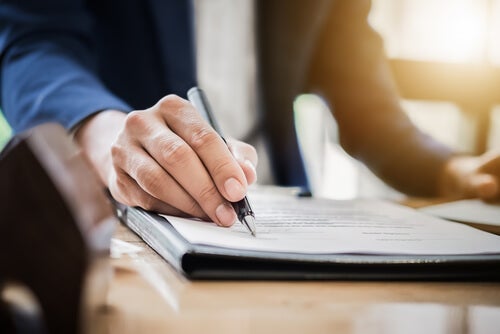 When you think about psychology and how it applies to criminal investigations, you’re actually thinking about the set of disciplines that comprise criminal psychology. This branch of psychology includes areas such as victimology, crime scene analysis, and criminodynamics.

This science has a wide range of procedures, such as psychological autopsy, profiling, and operational analysis of cases, among others. The areas of development of criminal psychology are many, which is why it’s an important tool in a criminal investigation.

Analysis of the crime scene, modus operandi, and psychological evaluations

One of the many functions of a criminal psychologist is to accompany the police investigator during their interviews with the victims, witnesses, and suspects of a crime. They do it to assess the interviewee’s mental state and the possible psychopathological factors they may present.

Similarly, the psychology applied to a criminal investigation provides an interpretative analysis of the crime scene and of the criminal’s modus operandi or signature. The latter refers to the behavioral pattern of the perpetrator. Also, of their predictability, since it’s a behavior with a tendency to change if it’s repetitive.

Criminal profiling is a technique that attempts to predict human behavior in relation to crime. For example, the analysis and interpretation of evidence found at a crime scene or in the modus operandi may point to a criminal’s personality type or help rule out others.

One can usually trace it in four stages:

Criminal profiles are drawn based on evidence. One of the most significant is related to any postmortem injuries that are compatible with possible torture, sadism, or rituals. Furthermore, geographical parameters and the link with other cases are highly taken into account in this type of investigation.

To complement this fieldwork, there are complex algorithms, such as the one by Duke University. It uses Bayesian networks. These programs provide very valuable profiling information, leaving little margin for error.

You might believe that psychologists are only therapists, people who try to resolve psychological conflicts or who can help develop skills that make their patients’ lives more adaptive and, ultimately, happier. However, criminal psychology is a different branch of psychology.

Psychology applied to criminal investigation is one of the most exciting areas of psychology where the professionals of the sector can apply their knowledge for the common and indirect benefit of many people. This is a science that continues to evolve. In fact, it doesn’t only require technical knowledge but also a lot of intuition.