Countries Where the Death Penalty Is Still Enforced

Since ancient times, the death penalty has been applied when someone commits a certain crime, or as a solution to conflict between people from the same community. On the other hand, data shows that the number of death penalty cases has decreased over time. 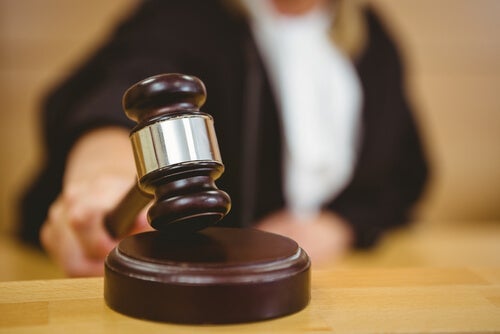 The death penalty or capital punishment is the execution of a criminal who has been sentenced during a trial. It serves as a penal sanction to the so-called “capital offenses”, meaning very serious crimes.

The death penalty has generated numerous internal and external conflicts in the countries where it’s still enforced. In fact, the international community has adopted new measures that prohibit this type of sanction.

In this article, we’ll study the main international standards that regulate the death penalty enforcement, as well as the cases it applies in today’s world.

Throughout history, the death penalty has evolved, both in its execution and in the cases it applies. In fact, capital punishment applies to specific crimes and it’s often a solution to a conflict between subjects from a community.

Capital punishment was the axis on which tribal societies were based on. It was the means to restore the peace thanks to its deterring effect. However, nowadays, most democratic countries have abolished it.

In Spain, the death penalty existed since the medieval ages until the approval of the Spanish Constitution in 1978. Article 15 says “The death penalty is hereby abolished, except as provided by military criminal law in times of war”.

Subsequently, the Organic Law 11/1995 abolished the only case in which the death penalty was enforceable. Therefore, the Military Penal Code can no longer apply it.

Furthermore, the international community has adopted several standards that prohibit its application:

International laws state that capital punishment should be restricted internationally. But many organizations, such as Amnesty International, consider that the death penalty should never be an option, alleging that it’s a symptom of a culture of violence.

Nowadays, more than two-thirds of countries in the world have abolished capital punishment. The tendency to execute criminals is decreasing. In 20 years, more than 50 countries have removed it from their legislation. A total of 108 have eliminated it, seven have abolished it for offenses under ordinary law, and 29 hold a deferral on executions. However, it’s still enforceable in 55 countries.

Although it’s hard to determine the total number of executions due to the lack of official data of some countries, in 2018, Amnesty International registered 690 executions in 20 countries, which was 31% fewer than the year before that and the lowest so far in a year. The countries that most executed people were China, Iran, Saudi Arabia, Vietnam, and Iraq, in that specific order.

Moreover, some countries still condemn the death penalty on people who were underage at the time they committed the crime. This still happens today, even though the international laws regarding human rights forbid capital punishment in these cases.

Although the number of children executions has decreased in comparison to the total numbers, its importance goes beyond data, since this practice questions the commitment of executors to comply with international laws. In any case, this is a very controversial topic that has a great impact on political campaigns of developed countries such as the United States. Therefore, it’s important to keep the debate going.

The Social Worker in Correctional Facilities
The social worker is a key figure in a correctional facility, as they're there to achieve the objectives set out by the Constitution. Read more »
Link copied!
Interesting Articles
Curiosities
How Hard Is it to Get Out of a Sect?