Collective Memory and Stories from Our Grandparents 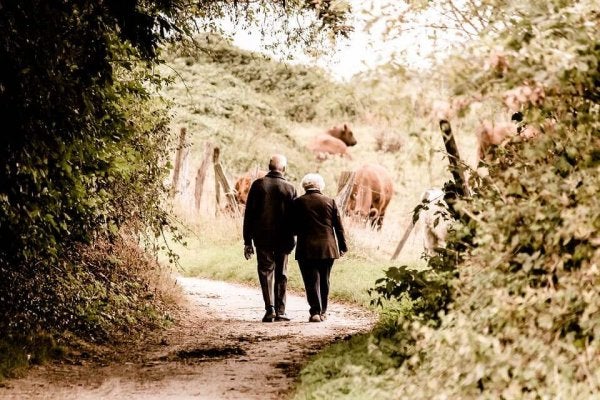 But what are these stories? Stories are just representations of the past that we put together into narratives. The plots have well-defined beginnings and ends, with sequential and causal consistency. In addition, the narrative includes events that are considered to be the most important. When a group adopts a certain narrative as an interpretation of the past, it becomes part of their collective memory.

Collective memory is not a objective or neutral version of things from the past. These shared narratives are selective. In other words, they remember what they want to remember, which means they’re biased.

In fact, collective memory often includes an element of justification. Especially in oral collective memory, each generation adds more biases to the original story, adapting it to the latest ways of thinking.

When our grandparents tell us about some big historical event from earlier in their life, they tell us about the events they remember most. Things that left the biggest mark on them. They also choose sides, and it shows in how they tell the story.

When narratives are about a war or conflict, they are almost always selective and biased. They reveal a self-centered, simplistic perspective of the events.

In general, these narratives touch on at least four main themes:

These narratives play two important roles in conflicts. The first is internal. When a group adopts these narratives, they become part of popular memory. As a result, these narrations influence the psychological reactions of the people in the group, and — consequently — their actions. As such, there is a high probability that they will have a negative perspective of their rival and a positive perspective of themselves.

Narratives that make up collective memory of a conflict usually act as roadblocks to any peaceful resolution or reconciliation. They discourage group members from coming to a peace agreement with a rival that they think of negatively and untrustworthy. To sum up, biased narratives get in the way of negotiations.

“We have two ears and one mouth so that we can listen twice as much as we speak”.

In most cases, collective memory is self-centered and biased. We should instead take all perspectives into account. Listening to all of the narratives, including those that go against our collective memory, will help us understand the past.

Collective Nostalgia for the Past
There's a kind of nostalgia for situations or things of the past. It's called collective nostalgia, a shared longing for what society used to be like.  Read more »
Link copied!
Interesting Articles
Psychology
How do You Fight Emotional Fatigue?

Many of us feel that there are not enough hours in the day to do what we need to do.…

Nobody likes lies, no matter how small. It does not make us feel good that it is decided for us what…

Psychology
My Father Taught Me How to Walk Through Life

Children don't come with instruction manuals, but my father overcame every obstacle and difficulty to rise up and become the wisest…

It's not always easy to turn off negative thoughts. It's easy to fall into a habit of negative thinking. Especially…

Psychology
Memory Loss from Stress: What Exactly Is It?

Experiencing memory loss from stress is much more common than you might think. It usually leads to quite a lot…