Who Are the Sinkies?

Sinkies are couples who can't afford to start a family due to their low wages. 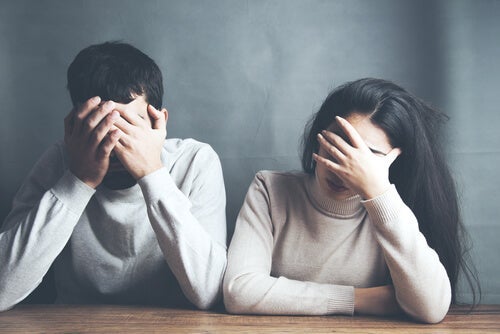 The financial crisis that devastated the world a few years ago has brought with it a series of modern phenomena that seem to be here to stay. One of them is the sinkies.

The sinkies are young people who live as a couple, but who have ruled out the option of having children. However, this doesn’t mean that they don’t want offspring. The sad reality is that they’re barely able to survive with both salaries.

The harsh reality of the sinkies

This recent social phenomenon affects three out of every ten young Europeans. That means that thousands of people between the ages of 20 and 30 are at serious risk of social exclusion despite having a job.

The term sinkies was coined by Caritas Europe. They were responsible for conducting a study throughout the 17 countries of the European Union to investigate this phenomenon and to find ways to put a brake on it.

Sinkies is an acronym taken from the phrases Single Income, No Kids. They’re people who are working, but aren’t married and don’t have children. This isn’t necessarily of their own volition, but rather by necessity or obligation due to their circumstances.

The study on youth poverty in Europe

Caritas’ report was recently presented at the European Social Summit. Their extensive study stated that the new generations were having fewer opportunities than the previous ones. Also, they’re worse off than their parents, and even their grandparents in some cases.

This study reveals the difficult situation many young people face. They have serious difficulties in accessing even the most basic social rights. According to Caritas, these basic rights are housing, education, and social protection.

We should note that Caritas points out the clear differentiation between the sinkies and the dinkies:

The medium and long term effects

According to the authorities, these new generations are the first in history to be worse off than their parents. Many prominent people are denouncing this situation.

The problem with this situation, as Cáritas Europa points out, is the serious demographic damage it could cause in the medium and long term. According to Jorge Nuño, General Secretary of this institution, the long-term outlook isn’t good.

This situation has worsened dramatically in the wake of the 2008 crisis. Since then, wage levels in Europe have not only stagnated, but they’ve also declined. It has created a precarious situation in which many people are at risk of falling below the poverty line.

The same study also shared some alarming findings from the United Kingdom. Young millennials between 21 and 30 years of age haven’t increased their income in five years. However, at the same time, they have to fight rising inflation. This means that, in real terms, they’re getting poorer every day.

Jorge Nuño’s words show that this generation not only earns less than the previous one, but that it’s actually suffering salary reductions. In Europe, thousands of people are no longer earning more than what people consider a respectable wage: 1000 euros (1100$) a month. They’re now having to live with between 700 and 800 euros.

Interestingly, one of the causes of this is overqualification. Cases like those in Greece and Portugal are especially serious. Thousands of young people with university degrees barely find irrelevant and poorly paid jobs.

Due to the precarious situation they’re in, many of these sinkies are forced to vent their frustrations by working in other countries, far from their homes.

These generations are facing serious difficulties in trying to become self-sufficient. As a result, they lose motivation and barely have access to decent housing. On occasions, faced with this lack of hope for a better future, they may fall prey to populist movements.

The Role of Social Services in the Fight Against Poverty
The economic crisis of 2008 increased the gap between the rich and poor. This led to a rise in demand for social services that fight against poverty. Read more »
Link copied!
Interesting Articles
Work
Three Signs of Dissatisfaction at Work

Unfortunately, many working conditions or situations can cause dissatisfaction at work. The problem is that we don't always act in…

Self-leadership is the ability to intentionally influence your thoughts and emotions. It means that you direct all your resources, motivation,…