What the Future Holds, According to Slavoj Zizek

Slavoj Zizek is a prominent thinker, whose thoughts currently revolve around one idea: that the current crisis is the coup de grâce for capitalism. 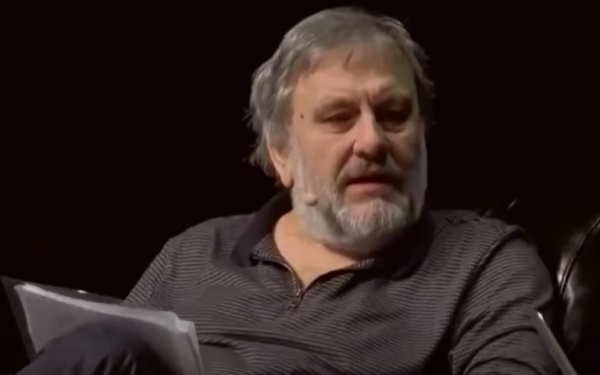 The Slovenian philosopher Slavoj Zizek is one of the most prominent modern-day thinkers. He recently criticized how we’ve dealt with the pandemic. For him, the current world crisis is a coup de grâce for neoliberal capitalism.

As usual, Zizek’s ideas unleashed great controversy. This is mainly because of his claim that the pandemic will lead to a new world order that will reinvent a new form of communism.

In particular, his debate with Giorgio Agamben, the mentor of the idea that the pandemic has been overestimated, and that lockdowns should be relaxed in order to return to “business as usual” as soon as possible, hit the headlines.

He recently published the book Pandemic! Covid-19 Shakes the World and announced that he’ll donate all the proceeds to the organization Médecins Sans Frontiéres.

The coup de grâce for capitalism, according to Slavoj Zizek

The pandemic forced everyone to stop producing, which is the ultimate mantra of capitalism. It became impossible to maintain the free market economy we’ve known until now, due to the threat of exponential contagion. It radically changed our world’s consumerism.

Slavoj Zizek thinks that the world will never be the same again. He believes that the coronavirus was the coup de grâce that marked the beginning of a new economic and political era.

In his opinion, the pandemic is a catastrophe that will force us to adopt new perspectives to analyze reality. The first major sign of these new times is the fact that practically all of us are thinking in global terms.

Firstly, from the beginning, science took the responsibility of sharing information. This has been decisive.

In order to overcome the crisis, it’s also been necessary to take a global perspective of the available resources. Some countries have taken a nationalistic and competitive approach to the problem. However, those who have taken a more cooperative stance are those who are now establishing themselves as world leaders.

The “cynical-vitalist” point of view

Zizek cites and evaluates the cynical-vitalist point of view. He refers to the stance, either open or concealed, of simply letting the situation flow. The end result here is that the weakest perish, while the strongest survive.

No one directly dares to take this position openly. However, some statements and measures seem to reveal this primitive intention. Zizek cites, for example, the protocol of the “three wise men” in the United Kingdom.

According to this, three “wise men” in each hospital must decide on “the rationing of care”. What does this mean in practice? Quite simply, that they’ll determine who lives and who doesn’t.

Ultimately, that is the quintessence of neoliberal capitalism. In life as we used to know it, this showed itself in terms of access to employment and redistribution of wealth.

The system always leaves a large segment of people without access to benefits. However, exclusion can now mean death itself. Will societies tolerate the fact that these criteria continue to prevail?

For Zizek, the capitalist system was already condemned to disaster by the climate crisis. In his opinion, the pandemic is the last warning in the face of the ecological crisis that’s leaving our world’s future hanging in the balance.

His opinion coincides with the warnings from the UN and the WHO about the imminence of global catastrophes due to the overexploitation of the planet. What happened in Australia at the end of 2019 would be a foretaste of what awaits the whole world.

Slavoj Zizek points out that two types of logic will come into play. On the one hand, there’s the brutal logic of “every man for himself”. However, this way of thinking doesn’t seem to have much future, because either we all come out of the pandemic or the climate crisis or we all go under. It isn’t something that can be tackled successfully at a local level. On the other hand, we have solidarity logic, in which we all come together and help each other.

The proposal of the Slovenian philosopher and psychoanalyst is that societies should ask themselves what kind of social order should replace liberal capitalism.

In his opinion, the global reality shows that a society built on individualism, exclusion, utilitarianism, and productivity as main values is no longer viable.

In the long run, the thinker states that we’ll realize that life on the planet will only be possible through intelligent cooperation. He’s not speaking of a romantic type of solidarity here. He’s referring to building a common front to enable life on this planet to continue.

9 of the Best Quotes from Slavoj Žižek
Slavoj Žižek is a Slovenian philosopher, psychoanalyst, and sociologist who has achieved notoriety all over the world Read more »