Many countries have discovered that they have mediocre, malicious. or downright stupid individuals as their leaders. We're experiencing a coronavirus leadership crisis, which is preventing a global agreement to address a situation that concerns us all. 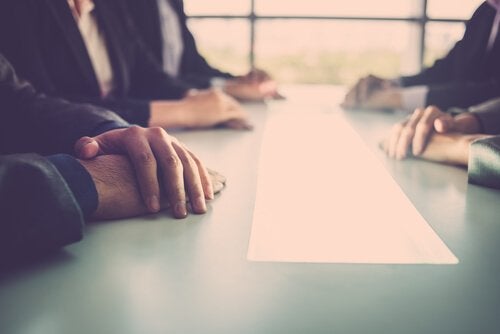 One of the aspects the current pandemic revealed is that there’s no real coronavirus leadership among the nations. Very few rulers have been able to rise to the occasion, and even fewer have shown any real ability to motivate society towards the right path.

Many nations are realizing that they’re being governed by leaders who are poorly prepared for management and decision-making in a critical situation full of uncertainty.

In general, we aren’t living in an age of brilliant leaders at the forefront. As a rule, it’s been improvisation at best, if not lies and stupidity.

The leadership crisis has also shown that it’s been impossible to achieve a common front, which is so crucial in a situation like this. The problem affects practically the entire world but, until now, in many cases, individualism and selfishness have been the prevailing factors.

Although creativity is also required, so far, the response has been more tinged with authoritarianism.

The leadership crisis and a dilemma that shouldn’t exist

Many governments have spoken of the dilemma of “economy vs. life”. They’re referring here to the mandatory quarantines and the stoppage of economic activities that they’ve caused. For many, common sense says there’s no dilemma. Life is the most important thing of all, and the decision to preserve it must be above all others.

The bottom line is that most leaders are only leaders if the circumstances are right. If reality deals the cards in a different way, they no longer know what to do. Thus, what they often do is turn it into a situation that they’re familiar with.

There are extreme cases, such as the United States, where citizens have been advised “not to be too aware of the news” in order to avoid stressing out and to try to continue with their normal lives. We also have Ecuador’s terrible situation. Hundreds of people have died in the streets, and the leaders continue to deny the seriousness of the situation.

The worrying thing about this coronavirus leadership crisis is that it has claimed many lives.

If mismanagement has prevailed in the public sector, then in the private sector, we’ve seen how some companies have taken advantage of the situation to try to maximize their profits. This has led some states to regulate the price of certain consumer goods, such as masks.

Europol also found more than 2,000 websites marketing misleading, if not dangerous, drugs that can supposedly “stop” the coronavirus. In addition, computer-related crime has skyrocketed. Thus, we could say that a part of the private sector has taken a quite reprehensible lead.

Then, we have terrible examples coming to light in very corrupt countries. In Colombia, hundreds of thousands of people are living through the quarantine in hunger. However, some officials, and even rulers, have raised the price of provisions that would be given to the poorest in order to pocket a profit.

A lack of authority and creativity

Many of the world leaders today have power but no real authority over their people. One of the ways the leadership crisis manifests itself is the distrust that many societies show towards those who govern them.

In the current crisis, most governments have followed a plan without any real plan being in place. Old style quarantines were decreed and when they’ve been altered, it’s only been due to the desire to reactivate the economy. It hasn’t been due to any sort of creative or innovative perspective.

It’s obvious that the situation has taken everyone by surprise and we’re only really seeing the beginning of a reaction. However, there are still no real signs of creativity in many of the rulers.

Some societies have even been more proactive than their governments. In Rio de Janeiro, Brazil, for example, the “gangs” decreed a quarantine, due to the reluctance of President Jair Bolsonaro to do so. In other countries, private individuals have begun producing ventilators, hand sanitizer, or masks to compensate for the shortage.

The current situation has challenged the rulers’ capacity to govern and many of them have been found lacking. We don’t know how the world will come out of this situation, but many can foresee changes in the configuration of power.

Societies are becoming increasingly aware of what’s truly essential in a society and what isn’t.

The Dalai Lama is one of the most important religious figures in the world. He's the spiritual leader of the…

Coaching and Leadership
Did You Know You Can Build a Vocation?

Many people think vocation is innate, but they're wrong. You can build it. It's true that some people are born…

Coaching and Leadership
Seven Keys to Leadership during the Coronavirus Crisis

In difficult times, skillful, effective, and, above all, humane leadership is needed the most. But let's admit it, very few…

Is talent born or made? This is one of the questions that American writer Angela Duckworth asks in her theory…