The Symptoms of Agoraphobia

Have you ever heard of agoraphobia? Do you know the symptoms it causes? Learn all about it in today's article! 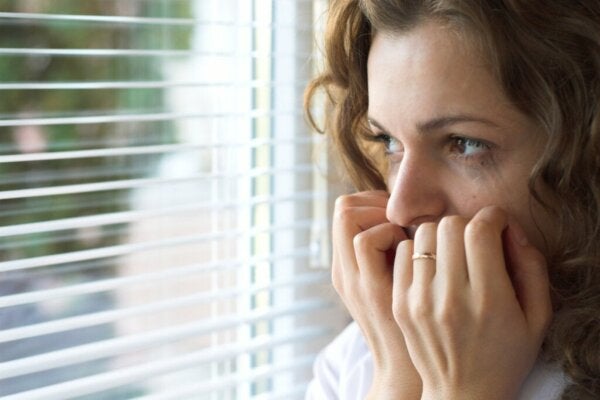 According to a study by Gomez Ayala (2012), the annual prevalence of agoraphobia is 0.3%. That prevalence might be higher today. It usually starts in late adolescence and affects twice as many women as men.

According to the Diagnostic and Statistical Manual of Mental Disorders (DSM–5), these are the symptoms of agoraphobia:

This fear or anxiety occurs in two or more of the following contexts:

Another symptom of agoraphobia is avoiding the situations we mentioned above. Individuals with this phobia avoid them because they believe it would be hard to escape. They also think that, if they had a panic attack or experienced other intense symptoms, they wouldn’t be able to get help. Consequently, they don’t just go out of their way to avoid them but they also fear them intensely.

If a person with agoraphobia has to face these particular situations, they always bring a friend or some kind of protective amulet or another object that provides comfort. If they have to face it alone, their only choice is to try to cope with their intense anxiety, which can be quite debilitating.

Another trait of agoraphobia is that agoraphobic situations (i.e. the object of the individual’s fears) almost always cause anxiety. In other words, it’s continuous and constant. It isn’t something that just happens occasionally.

The fear lasts for at least six months

To arrive at a diagnosis of agoraphobia, the DSM-5 states that the patient’s fear, anxiety, or avoidance must be continuous and last for at least six months. If those conditions aren’t met, the individual doesn’t have the disorder.

Agoraphobia causes clinically significant distress or affects the patient’s quality of life, whether that be on a personal, professional, or another level. In other words, the phobia interferes with the patient’s ability to function normally in their everyday life.

“Discomfort is very much a part of my master plan.”

If the patient has another medical condition or mental disorder, their fear, anxiety, or avoidance must be clearly excessive. In other words, their symptoms can’t be explained by another condition other than agoraphobia.

Beyond the symptoms: other important information about agoraphobia

You’ve seen how agoraphobia symptoms can interfere with a person’s life, but what else is important to know? We mentioned above that this anxiety disorder is more common in women than in men. Women also usually have more serious agoraphobia and psychiatric comorbidity (Gomez Ayala 2012). Genetics also play a more significant role for women than environmental factors. As a result, the earlier the onset of the disorder, the greater the genetic load and seriousness of the phobia’s evolution.

In general, agoraphobia is chronic. However, the intensity can vary significantly over the course of the person’s life. On the other hand, just because it’s usually a chronic disorder doesn’t mean there’s no available treatment. In fact, psychotherapy is one of the best options for agoraphobia treatment. Sometimes, mental health specialists will recommend medication in addition to therapy.

The association with panic disorder

Agoraphobia: The Fear of Fear
A lot has been written and spoken about agoraphobia. Actually, agoraphobia is more than a fear of open spaces; it's characterized as a fear of fear. Read more »
Link copied!
Interesting Articles
Psychology
How and When to Tell a Child of the Death of a Loved One

Life is something marvelous and unique, but it's going to end at some point. This is inevitable. When this happens…

Self-healing is not a new thing. Since the dawn of time, people have talked about self-healing, or our body's ability to…

Psychology
The Virtue of Keeping An Open Mind

It happens very often. In our daily life, we find people who stand firm in their ways of thinking. Even close friends…