How to Deal with a Panic Attack

Do you know how to deal with a panic attack? Continue reading to learn some practical ideas that can help you lower your anxiety levels and, therefore, decrease the intensity of this kind of attack! 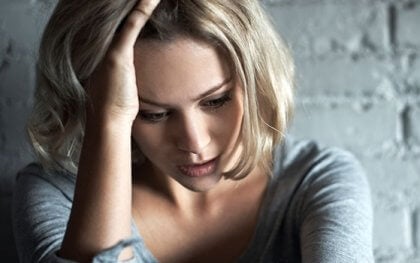 A panic attack is a distressing experience. It can happen anytime and anywhere, although it particularly hits people with depression, anxiety, and obsessive-compulsive disorders. Of course, it may occur after a highly stressful situation. Thus, knowing what to do when you’re overcome by a panic attack is the first step to dealing with it. This is because there are different strategies to manage it. You don’t have to live in fear of experiencing a sudden one.

Continue reading to find out what a panic attack is and find some strategies that can free you from it in the event one comes your way. You’ll also read about some ideas to help you prevent the appearance of a panic attack. Keep in mind that preventing a crisis is as important as taking action.

“I’ve been worried since I left the womb; like a schizophrenic on shrooms; like a hypochondriac on crack; never shy with the panic attacks; internal reality succumbs to psychosis; dreams destroyed by self-diagnosis.”

The characteristics of a panic attack

A panic attack is an innate response of the human body and mind to a perceived or real dangerous situation (Tully et al., 2017). What happens is that the person accumulates anxiety and stress for a while. Then, when the brain detects a stimulus that may seem dangerous, all that tension releases and turns into a panic attack.

Another problem with panic attacks is the signals the brain detects as dangerous don’t necessarily have to be so. For example, you may be concerned when there are too many people on the street, when your boss wants to meet with you, or when your mother calls you and gets on your case about things that bother you.

On some occasions, confronting the phobic stimulus (object/situation) that’s causing you a lot of fear or anxiety is what triggers the alarm system and, thus, the panic attack. It’s merely an intense fear response. The brain’s limbic system is in charge of starting the innate response to danger. This is none other than a strong body response (in case you have to run away) and the sharpening of your senses (to better identify the danger).

The tension and activation of the sympathetic system are rather unpleasant. Also, they come along with thoughts of death and imminent risk. When all of this happens and the person doesn’t know what’s happening to them, they might believe they’re going to die or that they’re going crazy. This internal experience remains etched in one’s memory. Therefore, the next time you’re in a situation that resembles a panic attack, you’ll be terrified of experiencing it again. Thus, it can lead to the sort of avoidance behavior present in agoraphobia, for instance.

How to deal with a panic attack

Controlling your attention is very important when it comes to panic attacks, and in any anxiety situation in general. Therefore, try to use distraction strategies as soon as you notice the first symptoms of a panic attack. In other words, try to focus your attention on positive and relaxing thoughts.

Use controlled breathing (lower anxiety levels), read, listen to music, talk to someone on the phone, or move your mind to a safe place as an easier strategy to control your attention. This course of action before a panic attack is basic so as not to feed your own sense of danger. Thus, anything that can distract you and divert your attention is effective.

Similarly, when you begin to feel the symptoms, you must move to a quiet place where you can be isolated without being disturbed. Often times, people around you might try to help and will inadvertently cause more anxiety.

Many people feel ashamed when this happens. This is because they’re aware that nothing is really happening. Also, they feel weak when they’re not able to control the alarm signals they know to be unjustified. Being around people when you panic can make you try to hide your symptoms. Unfortunately, this indirectly intensifies them.

Likewise, the best course of action, when confronted with a panic attack when you can’t stop it, is to think it isn’t dangerous, that it too shall pass. You just have to start controlled and diaphragmatic breathing to avoid hyperventilation that you can create from feeling that you’re short of breath. In other words, when a person feels that they’re choking, they try to breathe more intensely and, in the end, they end up dizzy because they make too much oxygen enter their body.

In this sense, you can carry a paper bag with you to breathe in it. Mainly when you’re not able to control your breathing in moments of anxiety. You can also carry along a series of ideas, phrases, and guidelines to carry out in moments of crisis. Thus, you won’t have to think about what to do in the most difficult moments of a panic attack. Keep in mind that the key is to try to slow down your mind. That your body shouldn’t be the focus of your thoughts.

The following things can help you in anticipation of a panic attack:

Finally, keep in mind that panic attacks are transient and not dangerous, even if your mind suggests otherwise. This is a problem you can solve, even if it requires professional attention. You’d need a clinical psychologist who provides you with tools and helps you incorporate the ones they may have previously given you. Various psychological treatment models are highly effective. Thus, don’t be discouraged and seek help if this is your case.

Panic Attacks Can Also Happen at Night
Panic attacks create intense discomfort and overwhelming fear.They can appear at any time, which is why they are often unexpected. Read more »
Link copied!
Interesting Articles
Clinical Psychology
How Lockdown Affects the Brain