The Borromean Knot in Psychoanalysis

The Borromean knot is an analogy for understanding how the mind works. It has its origins in Lacan's psychoanalytical work. 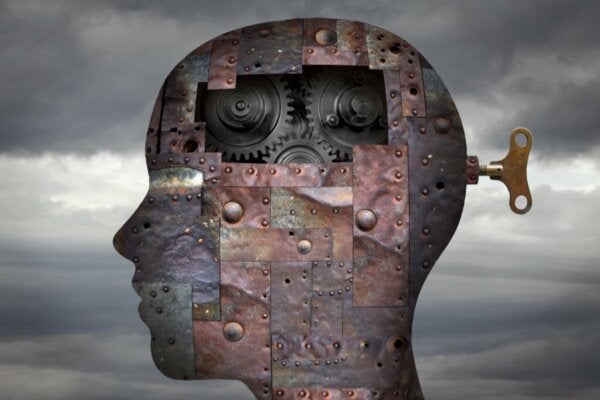 As psychoanalysis is complex, many experts use metaphors and analogies to make ideas easier to conceptualize. One of these analogies is the Borromean Knot, a brilliant way to explain how our minds work.

Learning about the Borromean Knot is a foray into Lacanian psychoanalysis, which explores different aspects of individual thoughts, emotions, and behaviors. It also looks at an individual’s connection with reality.

Jacques Marie Emile Lacan was a French psychoanalyst and psychiatrist born in 1901. He was one of the most relevant figures of contemporary French Structuralism. His theories were met with equal parts acceptance and rejection. He was involved with the Freudian movement and caused some tension with the International Psychoanalytical Association. In fact, he ended up distancing himself from the association. In 1964, he founded the Paris Freudian School.

His contributions to psychoanalysis were related to philosophy, linguistics, and art. He was friends with artists such as Andre Breton and Salvador Dali and elaborated on the work of Heidegger, Strauss, and Hegel. Lacan’s work is fairly controversial. Some believe that it doesn’t have Freudian roots, although Lacan himself advocated for a return to Freud. He argued that psychoanalysts aren’t neutral listeners and emphasized unconscious desire and pleasure.

The Borromean Knot refers to three interconnected rings that form a knot (or a chain). If one of the rings were cut, all three would be separated. The symbol comes from the image on the coat of arms of the Borromi family.

Lacan used this knot to help describe the structure of speaking subjects, divided into the following parts:

Therefore, the Borromean Knot is a topology. In his book On The Names Of The Father, Lacan suggests that the three registers are present in every subject. Furthermore, they must be knotted together for the subject’s reality to be consistent and to be able to maintain a discourse and social link with the other. Thus, the different ways of knotting together determine someone’s mental structure.

Concepts associated with the Borromean Knot

At one point in Lacanian theory, there were only three registers in the Borromean Knot. Lacan later added a fourth register, which he called the sinthome. It brings together the real, the imaginary, and the symbolic.

The sinthome helps the subject anchor themselves in such a way that they can connect with reality and adapt to it. It serves as an enclave for the subject. If it’s released, it can lead to psychosis.

Another concept from Lacan is The Name of the Father, which is acts as a fundamental law. It’s the essential signifier that allows these three registers to stay linked together. So, Lacan believed that the paternal function is the anchor of the individual’s symbolic activity, that which the law imposes.

You can also associate the knot with the object since it’s the other part of the desire that would make you feel as if something were missing from your life. It has to do with a loss. So the subject, in addition to having three registers, is ruled by impulse.

In conclusion, the Borromean Knot represents the connections that make up your mental structure. The Symbolic shows you that there are laws that regulate interactions and are deeply connected to language, which makes up the world. The Imaginary has to do with the mirror image of the body that allows you to identify yourself. The Real is everything related to existence, those things that don’t make sense and are hard to put into words.

So, the way your knot is tied (or untied) determines your mental structure. The sinthome also appears as a fourth register that prevents the onset of psychosis-related behaviors. In short, the Borromean Knot is a fascinating analogy to understand how the mind works.

Lacan’s Theory of the Objet Petit A
The objet petit a is one of Jacques Lacan's best-known theories. We'll be talking about how it deals with desire, its dissatisfaction and its displacement. Read more »

Every breast cancer case is different on a molecular level as well as on an emotional level. Some cancers will be more…

Meryl Streep is an amazing actress. She has also proven that she's a remarkable woman. She rakes in success and gains…