That Feeling that Nobody Really Loves You 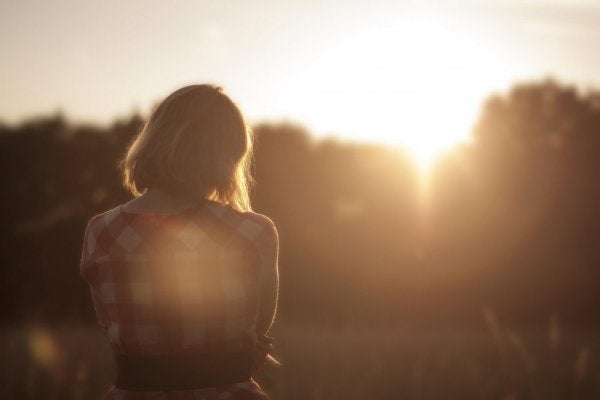 We all need to feel loved. It’s almost as important as eating or sleeping: a truly fundamental need.

The feeling that nobody really loves you may come from different places. In principle,all human beings may feel this way. Nobody loves us perfectly. Even the deepest and most sincere loves, like a mother’s love, are imperfect and incomplete.

“And you would accept the seasons of your heart, even as you have always accepted the seasons that pass over your fields.”

If you idealize love too much, you could come to the conclusion that nobody really loves you, because they’re not willing to give their lives for you. Or because they eventually fail you and they’re not there when you need them.

Those who love out of emotional deprivation demand more love than people can give. And because their expectations are so high and they are not met, they may end up constantly disappointed.

There may be times when you feel that nobody really loves you because, simply, you cannot build genuine bonds of affection with others.

Maybe you’ve hidden under your own skin and isolated yourself. Maybe you don’t know how to build and maintain loving relationships. Then you feel trapped in a loneliness that hurts.

Nobody really loves you? Including yourself?

A lot of times when you feel that nobody loves you, that “nobody” also includes you. It’s relatively easy for someone to realize that their self-esteem is low. It’s also easy to say, “Well, now it’s just about loving myself more”. The difficult thing is to turn that idea into reality.

It’s not that you don’t want to love yourself, you just can’t find a way to do it. If you don’t appreciate yourself, this didn’t come out of nowhere. Behind it there’s often a whole history of hostility, sometimes abandonment or violent aggression.

One of the most likely reasons for a lack of self-love is that we ​​were given false arguments by our parents when we were children, often disguised innocently, for why we shouldn’t ask for or need affection. One way or another, others gave us the idea that we weren’t worth it. That we weren’t worthy enough of love.

We believed these arguments because, surely, those who led us to think like were people we loved, even admired. Possibly, we began life without being loved. Carrying a “why?” on our shoulders, one with no answer.

And maybe we’ve learned not to love ourselves just to please a father, a mother or another loved one who expected that from us because they were misguided.

Do we help others so that they love us?

Sometimes we live in a condition of emotional deprivation. In other words, a lack of affection. We may even come to the conclusion that we don’t want to live like this.

However, it’s not easy to get out of this condition. At this point, it’s worth asking: do we help others so that they love us?

Although the feeling that nobody really loves you is very deep, the exit may not be so far away. Sometimes it’s just about forgiving those who haven’t loved us because of their own emotional limitations. To admit that his hostility had much more to do with himself than us.

It also implies forgiving ourselves, because, we didn’t actually do — or stop doing — anything that would’ve made us deserving of such indifference. Understand that there’s nothing wrong with you and that any feelings of guilt you have is baseless.

It’s important to ask ourselves if we know how to love others.

Sometimes we show ourselves as desperately in need of affection, and this can scare or push others away. It’s really a confession that we don’t love ourselves and that we need that other person in order to feel valuable. If it reaches this point, what happens is that nobody wants such responsibility.

We may not have developed enough social skills either. We can always learn to relate to others in a more fluid and spontaneous way. It’s something we can learn, apply, and practice. It works.

It’s the first step to break the barrier separating us from others. Then, after opening the floodgates, maybe we’ll learn to move forward on the extraordinary adventure of mutual affection.

If You Feel Lonely When You Are Alone, You’re in Bad Company
Lately, I've been feeling lonely, even when I'm surrounded by people who anyone would like to have near. I feel alone, and I can't seem to understand why. Read more »
Link copied!
Interesting Articles
Wellness
You Don't Deserve to Be Loved Halfway

Wellness
A Hug Is a Love Poem Written on the Skin

A hug is a love poem written on the skin that breaks all your fears and isolates all of your sorrows.…

Wellness
Many Will Love You for Who You Are, Others Will Envy You

Many people will love you for who you are and what you do, others will hate you for the very…

Wellness
You Will Go Further With Someone By Your Side