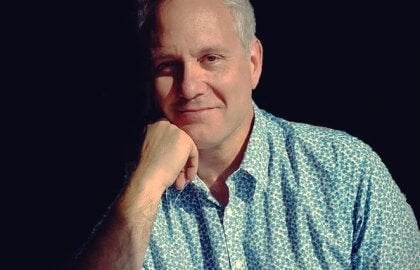 The human magnet syndrome is a concept coined by psychologist and therapist Ross Rosenberg. It’s also the title of a book that sold a massive amount of copies. What it talks about is a reality that Rosenberg discovered: we have a powerful attraction to people who will make us suffer sooner or later.

According to this theory, what we call “chemistry” between people is nothing more than a dysfunctional attraction. There are two impulses in that chemistry: one of love and the other of war. To put it another way, we’re strongly attracted to people we’ll eventually have a problem with.

That would explain why so many of us don’t seek out the kinds of wonderful people who will give us stability and affection. When it comes to the world of relationships, you’ve probably all heard the saying “opposites attract”. The human magnet syndrome explains why.

“The inherently dysfunctional “codependency dance” requires two opposite but balanced partners: a pleasing, giving codependent and the needy controlling narcissist.“

The human magnet syndrome in action

When someone suffers from human magnet syndrome, they experience a strong attraction the moment they encounter the other person. They get an intense feeling that this other person is special and that they have a unique connection. They also have an intense desire to have intimate physical contact with the other person. At the very least, they want to be as close to them as they can be.

People let themselves get carried away by this powerful attraction, thus starting a very intense relationship. They feel like this other person is “the love of their life”. This person is a perfect match for them and makes them happy.

But sooner or later, there will be conflicts. It could be from jealousy, differences of opinion, possessiveness, or really anything. This is when the person who once made you extremely happy starts to become a source of suffering. The two hurt each other deeply and dig the trenches for an all-out war. Even with all that, they have a very hard time separating.

According to Rosenberg, human magnet syndrome in its classic form comes up with two types of people: codependents and narcissists. He also points out that all relationships have a certain level of codependency. The real problem is when it’s the main feature of a relationship and it leads to high levels of drama.

Codependency means that one partner will give themselves to the other without any boundaries. They try to give them the best of themselves, without any filter or any limitations. The other person, the narcissist, loves having this kind of unconditional partner. They respond with signs of affection, attention, and care. At this point, it all sounds perfectly balanced and harmonious.

But soon enough the narcissistic will start to want more. Even if the other person gives them every part of themselves, their partner will feel like something is missing. Over time, what they receive won’t satisfy them anymore. They’ll start to ask, or demand, more and more.

The codependent will end up feeling like they’re not good enough. They’ll feel like maybe the other person doesn’t really need them. That will fill them up with insecurity and they’ll try to give more and more, but eventually they’ll start to complain about their partner’s indifference.

People dealing with human magnet syndrome build relationships that become painful and suffocating over time. But their attraction to the other person doesn’t go away. Sometimes it even becomes stronger because of all the mutual harm they do to each other.

For some reason, the codependent will want to keep being controlled. The narcissistic person will have a desperate need for their “adoring follower”. That’s what keeps them from ending a relationship that truly just hurts them both. So in the end, they stick with the imbalance.

The processes at work here aren’t so different from addiction. In the beginning, it’s a wonderfully pleasant, euphoric feeling. Some people call this “happiness”. Even though as time goes by the pleasant feeling starts to go away, and suffering takes its place, these people won’t accept that the pleasure from the beginning is gone. They compulsively seek that amazing sensation.

From a psychological point of view, the codependent and the narcissist are complete opposites. That’s the exact reason they complement each other. You hear these kinds of people saying things like “they’re my better half” all the time. It’s actually true in this case, except that it’s more from neurosis than anything else.

Human magnet syndrome talks about why we “love” the people who make us suffer. It explains that, when this kind of thing happens, it’s more about individual neuroses that become stronger in a relationship than it is about real, stormy, powerful love.

The Strange Attraction of Impossible Love
Have you ever succumbed to the attraction of impossible love? These experiences can hurt us deeply but can also teach out to truly love people. Read more »
Link copied!
Interesting Articles
Psychology
Why Spend More Money Than You Have?

Psychology
Love Is a Much Better Teacher Than Violence

Psychology
Narcissism: The Root of Aggression in Children

Rarely will you hear a parent admit that their child is verbally or physically aggressive. It's a taboo topic, a…

Our brain manages a large quantity of unconscious information behind the scenes, without us even realizing it is doing so. Nevertheless, our consciousness…