The Chemistry of Love: Why Do We Fall in Love? 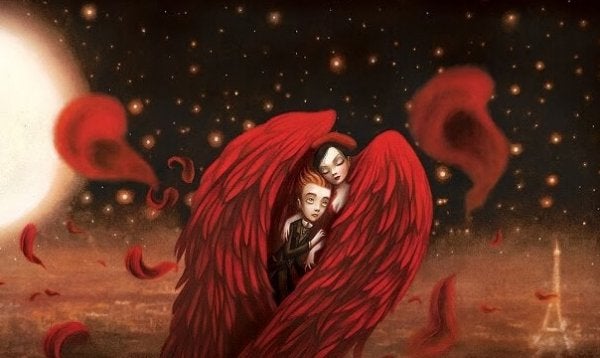 Albert Einstein once said that explaining what we feel towards that special person strictly in terms of the chemistry of love, is to take away all its magic.

But, whether we like it or not, there are actually processes like attraction or obsessive passion where neurochemistry is important.

It delineates a territory that’s quite fascinating and complex. And it also defines part of who we are.

Love, from a romantic or philosophical point of view, is something poets and writers talk about every day. We’d all love to sink ourselves into those literary worlds where they romanticize this kind of feeling.

It should be said, though, that it contains more mysteries than certainties. But when it comes to falling in love — from a biological point of view — neurologists are the ones who an give us the most accurate picture. They might be less evocative, but they’re more objective and real in the end.

“The meeting of two personalities is like the contact of two chemical substances: if there is any reaction, both are transformed.”
-C.G. Jung-

Even anthropologists give us an interesting perspective on it. It lines up nicely with the chemistry of love we know through neuroscience.

In fact, there’s one thing that’s always been captivating about this area of knowledge. It’s the idea of being able to identify the processes underlying those long-lasting relationships. People who somehow build a stable and happy bond.

Anthropologists explain that humanity seems to use three different brain “tendencies.” The first is the one where sexual impulse guides a lot of our behavior.

The second refers to “romantic love,” where we create relationships of dependence and a high emotional, personal cost.

The third focus is the one that shapes healthy attachment. It’s where the couple has a mutual understanding that both members benefit from.

Now, we want to do more than understand where stability and happiness in a relationship comes from. It’s something we’re all interested in. We’re talking about falling in love.

We’re talking about the chemistry of love. Specifically, the strange, intense, and confusing process that sometimes makes us set our eyes, mind, and heart on the worst person for us. Or on the other hand, the absolute best person for us…

The Chemistry of Love and Its Ingredients

Maybe you think falling in love is only explainable through a neurochemical lens. Or that attraction is the result of a formula whose variables line up with the chemistry of love and the neurotransmitters involved in the process. Where our impulsive brain orchestrates the magic, desire, obsession…

It’s not like that. Everyone one of us has specific, deep, idiosyncratic, and sometimes even unconscious preferences.

In fact, there’s clear evidence that we tend to fall in love with people who have similar characteristics. They have a similar level of intelligence, the same sense of humor, the same values…

But there’s something remarkable and fascinating here. We can be in a classroom with 30 people with similar characteristics as us. They might have similar tastes and equal values, and we’ll never fall in love with any of them.

The Indian poet and philosopher Kabir said the path of love is long, and there’s only space for one person in the heart. Then… what other factors put us in the spell we call the chemistry of love?

The Aroma of Genes

Intangible, invisible, and imperceptible. If we tell you right now that our genes give off a specific smell capable of awakening attraction between some people and not others, you may raise your eyebrows in skepticism.

Dopamine: I Feel Good With You, I “Need” to be With You and I Don’t Know Why

There might be an extremely attractive person in front of us, but there’s still something missing. They don’t make us feel good, the conversation doesn’t flow, we’re not in sync, and there’s no connection.

Many people will immediately say, “there’s no chemistry,” and they wouldn’t be wrong at all.

Something we’ve all experienced at some point is the persistent need to be with one specific person and not another. Falling in love makes us selective.

It’s dopamine that forces us to focus “our whole world” around that specific someone. Even to the point of obsession.

Norepinephrine: Everything is More Intense With You

We know that a person loves us because they create a roller-coaster of chaotic, intense, contradictory, and sometimes even uncontrollable feelings.

Our hands sweat, we eat less, we sleep only a few hours or none, we think less clearly. In fact, almost without realizing, we turn into a little satellite. We orbit around one single thought: the idea of the person we love.

Sweetheart, You Trigger my “Phenylethylamine”

When we’re in love there’s an organic compound that completely takes us over: phenylethylamine.

As the word itself shows us, here we have an element that shares a lot of similarities with amphetamines. And combined with dopamine and serotonin, it makes the perfect recipe for a love straight from the movies.

Phenylethylamine is like sugar in a drink, or the lacquer we put on a canvas: everything becomes more intense. It’s what intensifies the action of dopamine and serotonin. It’s what forms the real chemistry of love, making us feel happy, fulfilled, and incredibly motivated…

Serotonin and Oxytocin: Strengthening Our Love

There are three neurochemicals we’ve talked about by now: dopamine, norepinephrine, and phenylethylamine.

They’re the three with unquestionable power that determines the very beginning of falling in love. The place where desire, jitters, passion, and obsession guides us.

That definitely doesn’t mean that oxytocin and serotonin weren’t there in the first phase, because they were. But these two come into play a bit farther along.

This happens when both neurotransmitters start to intensify our bonds. In this way, they energize us to enter a more rewarding phase where we can strengthen our relationship.

Let’s look at it in more detail:

The Beautiful Chemistry of Love

So to wrap up, the chemistry of love, whether we like it or not, orchestrates our behaviors. This is as true with falling in love as with the later phases. The ones where commitment and stability are built.

Also, Dr. Helen Fisher suggests in her work that human beings aren’t the only creatures able to fall in love. Just like Darwin himself suggested, in our world there are more than 100 species, including elephants, birds, and rodents, that choose a partner and stay with them for their whole life.

They feel what experts have labelled “a primitive romantic love,” but it’s still love…

It might be true that defining this universal emotion in chemical terms isn’t very romantic, like Einstein said. But, it’s what we all are in the end.

That is, an amazing web of cells, electric reactions, and nerve impulses that can bring us the most spectacular happiness…

Erase from your mind the idea of forcing everything that torments you to go well, because when you do not manage it, it stresses you out even more. Do not…

Wellness
Don't Blame the Stone You Tripped on, Watch Where You're Going

A few days ago, the poet Sara Bueno published a post that said, "when you stop blaming the stone [you tripped…

Wellness
Get Your Mind On Your Side

For many of us, the mind is a battlefield. And what we don't realize is that the battle is never-ending. The mind is not the place where we can find a solution, nor…

Wellness
What Are Emotional Hangovers And How You Can Beat Them?

What happens when we drink too much? The next day, there's no escaping it: we'll have a terrible hangover. But…

Empathy is an art, an exceptional, genetically programmed ability our brain has to tune into the feelings and intentions of others. But…

Interesting Articles
Romantic Relationships
Expectations and Relationship Dissatisfaction: I Love You, But I Want More