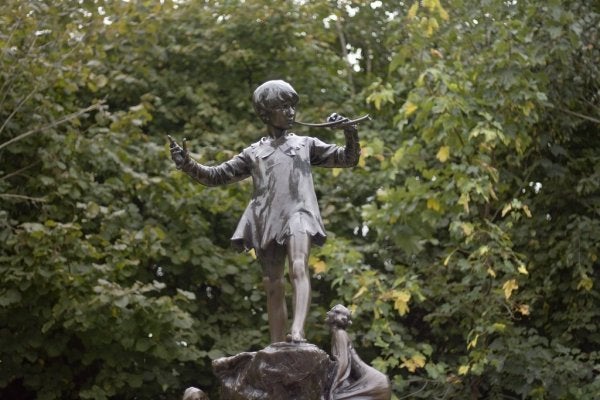 It isn’t surprising that a man like JM Barrie, whose maxim was “two years old marks the beginning of the end” put the words “oh, why can’t you stay like that forever?!” into the mouth of one of his characters (Mrs. Darling).

Interestingly, there very well may be people who “stay like that forever,” and they suffer from something known as Peter Pan Syndrome.

However, it’s complicated. In fact, the people who decide not to mature, or at least try not to, end up sick. There’s actually a name for it: Peter Pan Syndrome. But it’s not as nice as it might seem at first glance. Let’s check it out.

What is Peter Pan Syndrome?

An adult who behaves like a child is fun for a while. However, it can get old. It’s not just that we have to put up with their jokes. A person with Peter Pan Syndrome doesn’t want to grow up and mature, and they never get past the egocentric, narcissistic, immature phase of childhood.

But there’s more. These people make quite an effort to avoid responsibility. They also fear commitment like the plague. They misunderstand freedom, thinking that everything that entails responsibility or commitment goes against it.

This type of person is starting to proliferate in today’s world. Advertising glorifies eternal youth and hedonism, job opportunities are scarce, and people are financially dependent on their parents for longer. Thus more Peter Pan syndrome. Interestingly, more men than women suffer from it.

How can I identify a Peter Pan?

Let’s take a look at aspects that may indicate a potential Peter Pan.

This fear of commitment means they will dodge marriage, buying a house together, or getting involved in other things that would strengthen the relationship but take away their “freedom.”

At first, this type of person seems charming. But under the extroverted facade of fun and intelligence is a manipulative person with a huge fear of change.

It’s not uncommon to hear a Peter Pan say things like, “I’m just not a workaholic,” trying to justify their inability to keep a job or earn a promotion.

This is something else these Peter Pans are prone to. It’s true, they are thoughtful people, but usually just about themselves. Let’s say they give someone a present. It will be something that they themselves like and can benefit from.

The present probably won’t be something the recipient even cares about. This is often a ploy so it will end up back in the giver’s hands to enjoy.

Another distinctive feature of these people is that they are usually very fickle. They get attached to their possessions for a little while and then when they find something better, they discard the first thing and get hooked on the new one.

For example, one day they might show up with a sports car that they dreamed of when they were a kid. But the next day they could quite easily replace it with a motorcycle that “coincidentally” was also a childhood dream of theirs.

Do you know anyone Peter Pans? The truth is that they’re not hard to find. If so, a little professional psychological help wouldn’t be a bad idea.

“He couldn’t stuff himself just for the pleasure of feeling stuffed, which is what most children like the best”

Link copied!
Interesting Articles
Psychology
What to Do When You're Having a Hard Time Trusting People

Being able to trust others is a very important part of life. And not only trusting others, but also in oneself. But…

Psychology
Why Can't I Cry?

This is a more common situation than we think. There are many people who, although they may be suffering a personal loss, are incapable of crying, of venting their pain through…

In his  book, "Symbols of Transformation," Carl Gustav Jung explains that human beings have a lot in common with the Phoenix. That archetypal…

Thinking about the future can make you forget about what's happening right now. It's up to you whether you heed the…

When no one is looking, she goes to her best friend: the pantry. Chocolate, cookies, potato chips...everything goes. She eats…