The Neuroscience of Happiness

In recent years, several studies on the neuroscience of happiness have emerged. Learn all about this in our article! 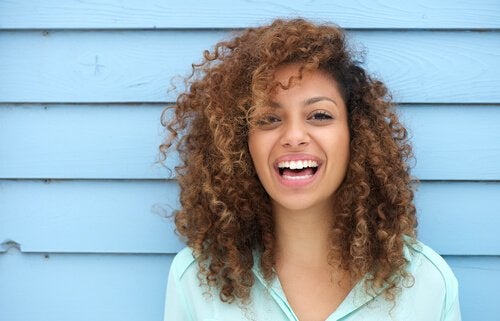 For years, research has shown that our experiences reshape our brain. Additionally, they can also change our nervous systems.

Currently, neuroscience of happiness researchers are focusing on how we can take advantage of the brain’s plasticity. In particular, they want to find out how to cultivate and maintain positive emotions.

Positive emotions are the keys to psychological well-being

The ability to maintain positive emotions is a key component of psychological well-being. The benefits of positive emotions are well documented. For example, studies have shown that positive emotions can improve physical health and foster confidence and compassion. Likewise, they can compensate and/or cushion depressive symptoms.

One study that was published in The Journal of Neuroscience in July 2015 discovered that prolonged activation of the ventral striatum, a brain region, is directly related to the maintenance of positive emotions and rewards.

The good news is that we can control the activation of the ventral striatum. In other words, experiencing positive emotions is in our hands.

The researchers of a previous study identified that enjoying things like a beautiful sunset and the positive emotions surrounding it can help improve well-being. The researchers wanted to identify how and why some people are able to maintain positive feelings.

There are many great advantages to identifying a specific region of the brain that’s related to the maintenance of positive emotions. For example, it facilitates the visualization of what could be a switch that allows us to activate this region consciously.

In this new study, researchers analyzed the neuroscience of happiness, which studies the maintenance of positive emotions. To do so, they conducted two experiments on humans. First, they set up a task of reward responses that a functional magnetic resonance device monitored. The second experiment consisted of a sampling task that measured the emotional responses of getting a reward. The experiments correctly predicted the duration of the positive emotional responses in the real world.

The duration of positive emotions is important

Examining these dynamics facilitates a better understanding of the behavioral associations of the brain. In this regard, we should note that, according to several authors, it’s important to consider not only how much emotion you experience, but also how long those emotions last.

The exact mechanism that creates emotional instances in the brain in terms of seconds, minutes, and hours remains a mystery. However, researchers say that these findings suggest that the duration of activity in specific brain circuits, even in relatively short periods of time, can predict the persistence of a person’s positive emotions just minutes or hours later.

Activation of the ventral striatum

According to the author of the study, the neural pattern they observed, particularly in the ventral striatum, predicted higher levels of well-being in other studies too. According to them, kindness and compassion towards others may help increase one’s ability to enjoy positive emotions. Likewise, kindness and compassion aim to cultivate certain forms of positive emotion.

On the other hand, according to the authors, the methodological innovations of this study can be applied to investigate whether the impact of simple forms of meditation can improve sustained positive emotions in real-world contexts, as well as the sustained activation of the ventral striatum measured in the laboratory using brain imaging technology. In any case, they can help develop our understanding of the neuroscience of happiness.

Happiness is Located in Your Left Brain Hemisphere
Recent studies show that a great part of our happiness is located in our left brain hemisphere. Read this article to know more! Read more »
Link copied!
Interesting Articles
Wellness
Tips for Teaching Children about Emotions

One of the greatest thinkers in history, Jean Jacques Rousseau, once said that "children have their own way of seeing,…

It is curious that a country like China, always so tormented by wars, conflicts and dictatorships, should be the source of so much popular wisdom. So, today we are going to…

Wellness
When We Use Silence As Punishment

Wellness
Music Can Affect the Way You Think

Message internalization can happen through different kinds of media. Music, as a relevant part of our culture and lifestyle, is…

Wellness
There's No Better Cure for Disease Than Laughter

For humans, laughter is as important as breathing. Leading a dull, sad life can be extremely difficult. It makes any illness not…